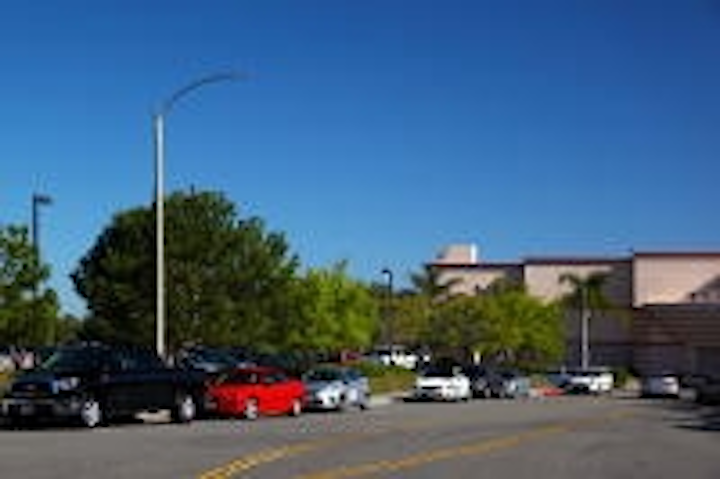 Chula Vista, CA has completed installation of almost 4,000 Acuity LED streetlights and projects an energy reduction of more than 45%. Ipswich, Australia is installing 2,000 LED luminaires on streets while Detroit Metropolitan Airport is installing solid-state lighting (SSL) in its parking garages. The white light of LEDs, meanwhile, has some citizens upset over LED projects in Arlington, VA and Fairhope, AL.

For the project to go forward, the city had to seek a product that would meet San Diego's Dark Sky Ordinance. The Autobahn fixtures generate zero uplight, and that feature was in part behind the specification of the products.

In Ipswich, Australia a trial of more than 2,000 LED streetlights is expected to save the city AUD 200,000 ($184,000) per year, according to TheReporter website. That level of saving will come from a retrofit of only 14% of the city's streetlights.

The city had previously tested 11 LED fixtures on the David Trumpy Bridge. Assuming success for the ongoing phase two trial, the city hopes to replace all of its streetlights with LED-based fixtures. A federal government clean energy grant is funding the current project.

The project will also include adaptive controls that can dim the LED lighting based on occupancy and ambient-light sensors. The project will cost $6.2 million but is expected to save the airport $1.2 million annually in energy and maintenance costs. The airport projects an annual energy reduction of more than 7 million kWh.

Some citizens in Arlington, VA are not happy with the city's retrofit of some streetlights with LEDs according to ABC7 News. The complaints address both the brightness and color temperature of the retrofitted lighting. The citizens have formed a committee that hopes to convince the city to at least consider a change from 5500K to 3500K lights.

The city, however, said that most initial complaints turn to positive feedback as citizens get used to the new lights. Moreover, the city is installing controls to dim the lights later in the night.

The white light of an LED retrofit is also under scrutiny in Fairhope, AL, according to the Alabama Live website. An LED installation on the city's pier has generated a near equal split between citizens that like or don't like the new lighting.

The new luminaires from Howard Lighting Products are certainly reducing light pollution. But despite being dark-sky friendly, some residents don't like the whiter light.