Amid the long and difficult transformation to the IoT, the company announces management changes. But at the very top, it offers CEO Eric Rondolat four more years on the board of management. 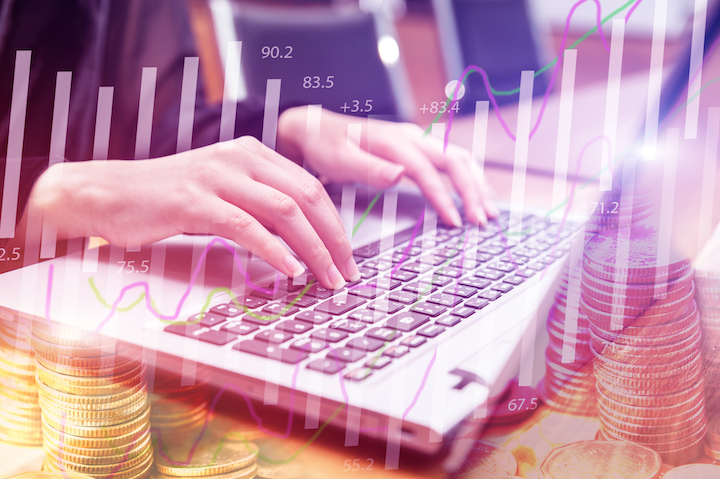 The chairs are moving around in the executive suite at Signify headquarters. Stéphane Rougeot is stepping down as CFO for personal reasons. René van Schooten will temporarily replace him, returning to the role he previously held, while also relinquishing responsibility for the Home business group. (Photo credit: Image by Nattanan Kanchanaprat via Pixabay; used under free license for commercial or noncommercial purposes.)

With its year-end results coming up and its transformational struggles continuing, Signify is making some top-level management changes including replacing its chief financial officer, and putting a new person in charge of its home business, which includes the Hue line of smart lights.

The world’s largest lighting company said CFO Stéphane Rougeot will step down on March 1 for personal reasons. Rougeot has been CFO since Sept. 1, 2016, assuming the role a few months after the company spun off from Royal Philips via an IPO in late May of that year, when Signify was still called Philips Lighting (it changed its name to Signify in May 2018).

He will be temporarily replaced by his predecessor in the job, René van Schooten, who was CFO of Philips Lighting for a short while from October 2015 through August 2016. Van Schooten currently serves as the direct head of Signify’s Lamps and Home business groups, and has held general oversight of all business groups since April 2017. Other groups include Professional, which handles Internet of Things (IoT) lighting among other things; and LED, which handles street lights, LED bulbs including private label, drivers, and modules.

Signify said van Schooten will serve as CFO “until a new CFO has been appointed.”

Replacing him as head of lamps is Maria Letiza Mariani, a Signify spokesperson told LEDs Magazine. Mariani adds that responsibility while continuing to serve as corporate chief marketing officer and head of strategy, a role she has held since March 2019, having taken over for Bill Bien who now heads Agricultural Lighting. Lamps includes conventional non-LED bulbs such as halogen and compact fluorescent (CFL).

Signify’s supervisory board has also nominated Mariani to the company’s board of management, where she would replace Rougeot, who has been on the three-person board since May 2017. Her four-year term is subject to approval by shareholders at the company’s annual general meeting on May 19.

Likewise, the supervisory board has proposed granting a new four-year term on the board of management to CEO Eric Rondolat, and a one-year term to van Schooten. Their current four-year terms expire in May, and their new terms must be approved at the May 19 gathering. It is not clear why van Schooten’s proposed new term is for one year rather than the customary four.

Rounding out the managerial changes, Signify told LEDs that effective March 1, Rowena Lee will pick up van Schooten’s responsibility for the Home group, which includes Signify’s Hue range of smart and Internet-connected bulbs, while she continues to head the LED group.

While CEO Rondolat has pegged Home as one of three “growing profit engines” along with the Professional and LED groups, Home and its ballyhooed Hue line recently endured a setback. In the third quarter ending Sept. 30, it lost €13 million ($14.4M; EBIT)*, a 60.3% tumble from an €8M ($8.87M) loss in the same quarter a year ago, and sales slipped 2.3% to €108M ($119.7M) as US retailers demanded terms that Signify was not willing to grant. (*Editor’s note: Currency numbers in this story are from October exchange rates as current with the linked story above.)

Signify has not yet announced who will take over van Schooten’s general oversight of all business groups.

The managerial moves come amid a long, ongoing, and financially difficult transformation in which Signify, like much of the lighting industry, is adapting its business and revenue models now that LED illumination has gone mainstream — thus obliterating the century-old business model of selling replacement lamps to customers every 18 months or so.

LEDs have a purported longevity of a decade or two or even longer, forcing companies like Signify to pursue strategies like IoT lighting, in which lights and the lighting infrastructure collect data and distribute it via Internet connections. The data then gets monetized either by selling it or including it as part of analytical services that help customers such as commercial office managers to make better use of their space and operational systems.

Recently, Signify has also been stepping up its involvement in Li-Fi, the technology that uses digital light sources such as LEDs to transmit the Internet.

Signify has been attempting the transformation since before it spun out of Philips in 2016. Declining sales have become de rigueur, and the company has over recent years been carrying out cost cutting and restructuring including job reductions and supply chain squeezes.

Although Signify had managed to finally report three consecutive quarters of profit growth, that trend halted in the third quarter of 2019, when the company reported that income declined to €74M ($82M) from €93M ($103M) in the same quarter a year earlier.

Signify is scheduled to report its fourth-quarter and full-year results for the year ended Dec. 31, 2019 on Jan. 31, which will be the last quarterly and yearly results report for outgoing CFO Rougeot, who has not announced plans to join another company. Signify has warned that profits will not grow as much as previously anticipated.