California has temporarily won the right to place stricter efficacy requirements on all LED replacement lamps, while the US Department of Energy has essentially eased efficacy policy in other states. 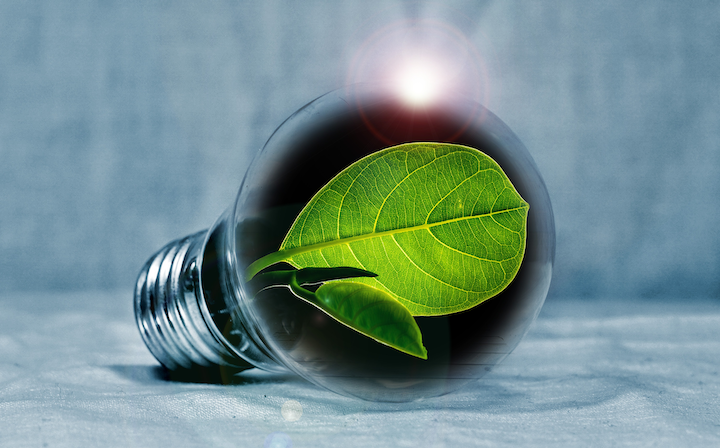 California has won a round in the fight to bring lamps efficiency policy into effect. (Photo credit: Image by PIRO4D via Pixabay; used under free license for commercial or noncommercial purposes.)

The ongoing battle in the US over energy-efficiency policy for light bulbs has reached at least a temporary standoff with California enforcing efficacy requirements that are much stricter than US Department of Energy (DOE) policy. News in the LED and solid-state lighting (SSL) sectors has been slow as expected over the holidays, but legal wrangling continued in the lamp-efficiency battle with California winning a legal ruling.

We have covered the efficacy debate going back almost a year at this point. In February 2019, we first reported that the DOE would attempt to roll back policy set to take effect at the end of 2019. Essentially, the DOE would change the definition of a general service lamp, thereby exempting many types of lamps (decorative, 3-way, globe, etc.) from the need to comply with new efficacy guidelines. The move was strongly supported by the National Electrical Manufacturers Association (NEMA) and a few large lamp manufacturers.

As the debate was carried out in the media over the course of last year, separate coalitions led by the Natural Resources Defense Council (NRDC) and 15 states took to the courts to challenge the DOE plans in November. And then in December, the DOE announced that it would also not place even stricter efficacy limits on all lamps, slated to phase in at the start of 2020, despite the fact that the US Congress had passed legislation requiring such a change.

Throughout the process, California moved to continue along a path toward adopting a minimum efficacy requirement of 45 lm/W for all lamp types. Such a move essentially would eliminate incandescent and halogen bulbs from store shelves across California.

But California’s plans drew the ire of NEMA and the American Lighting Association. The California Energy Commission (CEC) announced on Nov. 13, 2019 that it would adopt the 45-lm/W requirement. Just more than a month later on Dec. 19, NEMA and the ALA announced a lawsuit attempting to preempt the CEC decision and also asking the US District Court for the Eastern District of California to issue a temporary restraining order against the new standard.

A California-based court ruled on New Year’s Eve against the request for the temporary restraining order. The new efficacy policy is now in effect. The court fight appears on track to continue, although no court date has been established.

“Today’s decision keeps California at the forefront of the movement to resist the Trump Department of Energy’s efforts to tie Americans to the technology of the past,” said Noah Horowitz, director of the Center for Energy Efficiency Standards at the NRDC. “Given our climate crisis, it’s appalling that the greedy lighting manufacturers are still fighting these common-sense regulations that deliver massive carbon savings and put money back in consumers’ pockets.”

Again, the rhetoric remains thick with both sides of this argument citing extreme cases. The DOE, NEMA, and ALA all take the position of consumer choice. But the NRDC has argued that the DOE’s action could make the US market the spot where bulb manufacturers from around the globe dump their inferior products. And the NRDC said that California’s new policy alone will save California residents $2.4 billion annually on utility bills.

Where do you stand on the lamp efficiency regulations? Send us a note and we’ll consider it for publication.