As well as supplying LEDs for entertainment lights from Martin and Chauvet, Luminus has joined the NGLIA and launched a UV LED. 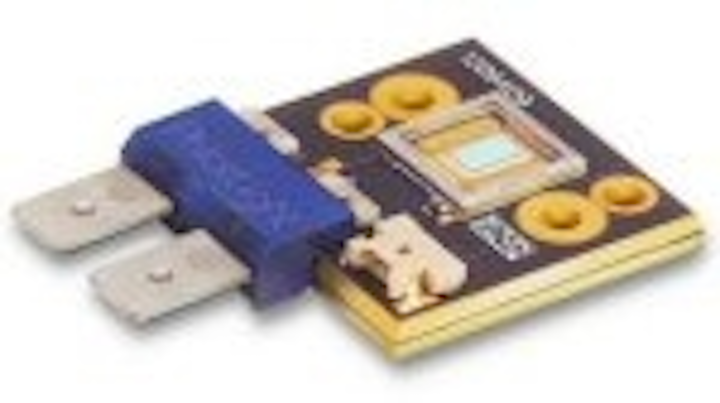 Luminus Devices says that its PhlatLight LEDs have been used in entertainment lighting fixtures from Martin Professional and Chauvet. In addition, the company has introduced a UV PhlatLight LED, and has also joined the NGLIA.

The MAC 350 Entour was developed via a project called INLED (Intelligent LEDs), which is a research collaboration between Martin Professional, Aalborg University (Denmark), and the Danish National Advanced Technology Foundation (see Related Stories).

The MAC 350 Entour is intended for touring and event environments, and permanent venues such as theatres, TV studios, sporting arenas, education facilities, night clubs, ballrooms and cruise ships, where high-brightness and performance is needed. Until now, profile lights have used traditional HID lamps, which are costly to replace, contain mercury and have a life span of only 3,000 hours, necessitating frequent replacement.

“The MAC 350 Entour is the entertainment lighting industry’s first LED alternative to traditional HID-based profile fixtures and it exceeds traditional 300 watt fixtures in brightness,” said Peter Skytte, product manager, Martin. “PhlatLight LEDs…give Martin the ability to develop new, more cost-effective lights for the entertainment industry that are ideal for a host of temporary and permanent environments.”

Luminus LEDs have also been used in the Chauvet Q-Spot 260-LED entertainment light, which contains a single CST-90 white PhlatLight LED as a practical and cost-effective alternative to LED arrays. The Q-Spot 260-LED is ideally suited for lighting concert stages, nightclubs and the mobile disc jockey market.

Weighing 29 pounds, the Q-Spot 260-LED light is capable of delivering 3,500 lumens, without costly lamp changes or high energy consumption. It is designed for small to medium-sized installations as well as mobile applications.

“The real value of big-chip PhlatLight LEDs is that they enable the design of much more efficient optical systems for controlled-beam applications such as the Q-Spot imaging gobo spotlight, resulting in more light in the beam and reduced overall power consumption,” said Don McDaniel, director, global entertainment, Luminus Devices.

Luminus has joined the Next Generation Lighting Industry Alliance (NGLIA), an organization that partners with the US Department of Energy (DOE) to accelerate the adoption of solid-state lighting (SSL) in general lighting applications.