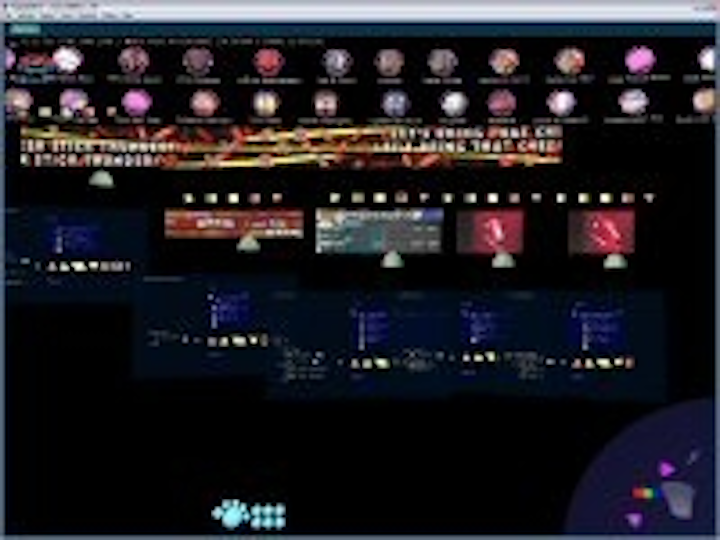 What makes a technology great? Does it deliver as promised, defy expectations, or fulfill a need in a niche market? Looking back upon the success of ANC’s Sports patent-pending signage software, “VisionSOFT,” the one overriding factor that contributed to its inception, success and market penetration was simple need. In 2000, we could not find any software application capable of running what we perceived as the future of LED signage in sports, including our own unique FasciaSOFT system. FasciaSOFT was the first version of VisionSOFT, but was limited to running one video board, which it still does in small LED deployments today.

LED was quickly becoming the staple of signage in sports venues for various reasons, ranging from its longevity, durability and flexibility to image quality. As the leading provider of rotational signage to professional sports venues, ANC realized the need to adjust with this signage technology to meet its clients’ growing demands.

The flexibility of LED technology is where ANC quickly found its niche. Replacing rotational advertising systems found on the façade of stadiums with LED ribbon board provided the sports industry with more advertising inventory, while enabling animations, statistical displays and numerous other images to be displayed during a live event. However, without an advanced operating system, the sports industry was not able to maximize the use of the thin ribbon-like LED technology that began appearing at venues in the late 90’s.

ANC launched a furious research and development cycle to create a new type of signage software that would service this growing digital signage demand. Rather than being inspired by advertising content which was typically found on stadium and arena facades before the widespread implementation of LED ribbon, VisionSOFT’s roots come from video, live action, fast-paced, extremely exciting content that we now refer to as “Rich Media”.

The quest for better reproduction of all content thrown at a digital display immediately forced our software development team into considering “what makes images pop” on an LED screen. “Eye candy” always looks better when you go back to basics, such as minimal compression; consistent movement; plenty of colors; and passion in the content delivery process. At the turn of the century, we discovered that most digital signage software was simply trying to get and keep displays “on” or active, while the ability to run and create a truly unique live event experience every night was secondary.

The inspiration for VisionSOFT actually comes from the video gaming community. Gamers were destroying enemies and galaxies with more information and content being thrown at them then ever before. In fact, interface design from video games has inspired movies, pop culture, device creation, and now signage software.

An example of software leaping from gaming into professional service is the disaster-assistant software that was developed using the technologies within Flight Simulator from Microsoft. The software took the concept of a bird’s eye view to model three-dimensional map information that would aid real-time rescuers searching to find safe exits paths from a disaster area.

Researching flight simulator programs, particularly space fighter simulator interfaces helped us define the concept of using transparencies to show a lot of information at once. Since space simulators were imaginary in scope, the cockpits can feature capabilities that are not possible in a real aircraft. Borrowing from the usage of transparent head up displays with graphics below, in between, and above the viewer’s reference point inspired how we would have VisionSOFT interact with the end-user.

The most important factor about adopting a truly 3D interface to deliver both pre-recorded and spontaneous content to LED displays was scalability. It was understood that as computers and graphic cards increased in power, the LED operating system would be able to leverage that power to expand the amount of pixels it was capable of running.

It was the gaming industry’s financial assets that pushed graphic cards to become more powerful and to do so cost-effectively. The knowledge gained from this push is useful in helping developers in business create useful applications based on existing knowledge instead of launching research and development programs for the first time. The background and tools created for the gaming community speeds up overall development of software application, such as VisionSOFT.

VisionSOFT can run 1.6 to 2.0 million pixels of content on a single machine, which actually means that during content dissolve transitions the interface is actually transacting four million pixels on a single server. We use Nvidia graphic cards to achieve this feat. This concept is the same as video games being able to run better on higher end graphic cards, which as technology advances, the games’ images look better and more realistic.

However, simply being capable of outputting minimally compressed images does not necessarily enhance the live event experience. Similar to video games which require an end user to fulfill the game’s outcome, the most effective way to increase live event entertainment is integrating the creative human process. While software existed that allowed users to send specific outputs to digital displays, the complexity of the new signage systems which include large video screens, ribbon, matrix displays, etc. required a simplified method of operating all the signage without eliminating creativity.

Again – the industry’s need for a unique experience every night drove the development of our 3D interface that allowed for more information to be displayed and better peripheral navigation during a live event. The unique 3D interface presents the operator with the appearance of interacting directly with the output board, simplifying management of multiple displays while offering instant playback with a single touch of a button, permitting the operator to easily flash one image, stat, animation or emergency instruction on every display in the facility.

While VisionSOFT has met a simple demand in a niche market, we need to continue to ask ourselves how we can make digital signage better with the highest quality and quantity of content possible. These answers can be found through research, among various other methods, however we prefer to ask our clients – “what is your need?” In short, sports teams and entertainment venues still want to make their live events look even more spontaneous with more information streaming towards both in-stadium fans and people at home, while reducing the cost of ownership and labor costs.

Requests such as “dynamic statistical imagery” from our partners have pushed our technology team to begin development of VisionSOFT 7.0, which will work to fulfill these additional needs of the sports and live event entertainment industry. Without our clients’ need to have a signage software that maximizes the capabilities of LED technology and their continued requests to meet specific requirements, VisionSOFT would not exist in any form today.

What makes a technology great… a happy customer!