Barco has won a prestigious industry award, Daktronics has supplied a display for the Hollywood Virgn Megastore and HSL Productions has supplied Soft-LED drape to the X-Factor TV program. 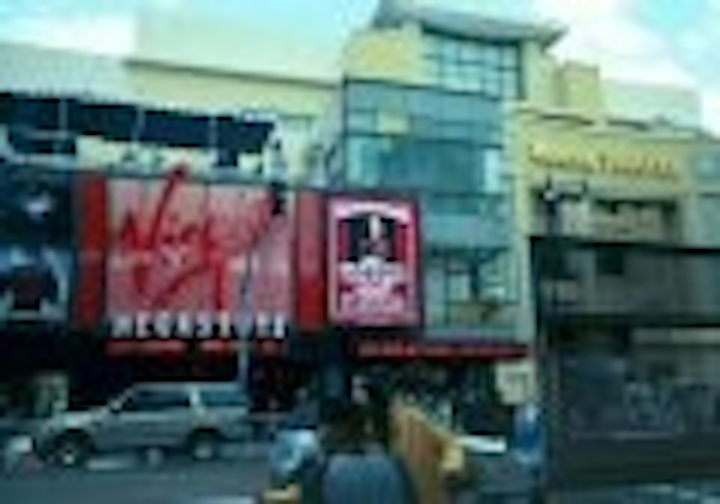 Barco named manufacturer of the year at annual AV awards

Barco has received the Manufacturer of the Year Award at the 2005 AV Awards ceremony. Barco collected the very prestigious award for its work, in conjunction with Innovative Design and rental partner XL Video, in designing and creating the MISPHERE LED modules for U2’s Vertigo Tour.

The MISPHERE modules were only one of the Barco solutions on tour with U2; XL Video also provided over 540 square meters of LED video wall (OLite 510), 4 DLPTM projectors and 6 LCD projection systems.

The 16 mm pixel pitch display is the largest LED sign on Hollywood Boulevard and prominently plays a 60 minute program wheel of music, movie, games and consumer electronics advertising along with Virgin branded content.

Virgin Entertainment Group is also teaming with Daktronics to help refurbish their landmark Times Square Virgin Megastore with new LED signage that is scheduled to be operational by November 1.

The product is already being used on Fremantle Media’s new “X-Factor” television series, being recorded at Fountain Studios and broadcast on ITV.

In addition to the 6 Soft-LED cloths, HSL has also purchased 180 I-Color tiles made by Color Kinetics. These tiles are also employed on X-Factor under the perspex stage floor, receiving high resolution video from Pixel Mad.