Fans have experienced an early start to the 2018 MLB season, and those in Philadelphia, Cincinnati, and Kansas City are experiencing LED field lighting for the first time; and two teams will square off under SSL in a May series in Mexico. 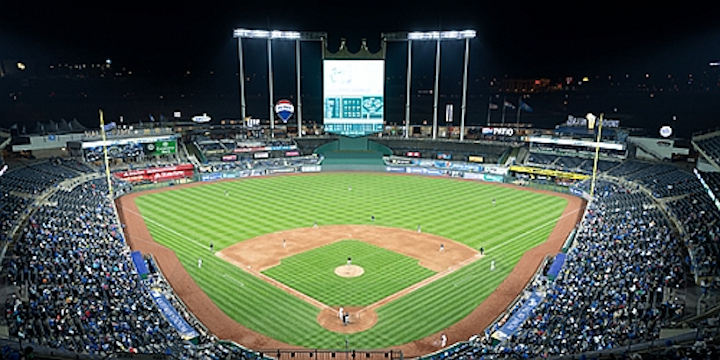 Fans have experienced an early start to the 2018 MLB season, and those in Philadelphia, Cincinnati, and Kansas City are experiencing LED field lighting for the first time; and two teams will square off under SSL in a May series in Mexico.

Musco Lighting has announced a number of new LED sports-field lighting projects in time for what was the earliest full-league start ever on Mar. 29 to a Major League Baseball (MLB) season. MLB ballparks in Philadelphia, Cincinnati, and Kansas City have new solid-state lighting (SSL) systems for the playing surface that should provide a superior visual experience for players, fans in the stands, and TV viewers at home. Moreover, the Estadio de Béisbol Monterrey will host a three-game May series between the San Diego Padres and the Los Angeles Dodgers under new LED stadium lighting in Monterrey, Mexico.

Interested in articles & announcements on LED stadium lighting and other specialty applications?

Professional sports teams have long eyed LED lighting for their playing fields and courts because of the potential energy savings and the high electricity costs associated with lighting playing venues. Early on, however, LEDs proved too costly for such applications and also could not match the quality of legacy high-intensity discharge (HID) lighting. Ironically, LEDs are now thought to provides superior light quality and that fact often trumps energy costs as the reason that teams move to SSL.

Consider the famed Chelsea Football Club (FC) of the English Premier League. It was all the way back in 2014 when we covered the retrofit of Chelsea’s Stamford Bridge stadium to LEDs with the motivation being to improve the TV viewing experience. And the National Football League (NFL) Super Bowl games have been played under LEDs going back to early 2015.

The broad move to LEDs in baseball venues began in 2016. We ran a feature article on the technology that year and also featured the San Padres’ Petco Park on our cover. That same year, the Houston Astros and New York Yankees installed LED stadium lighting. 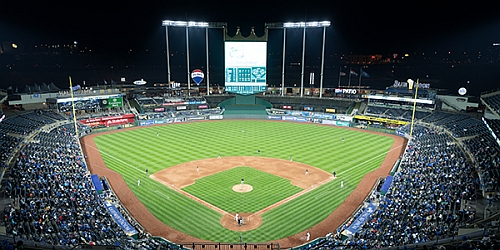 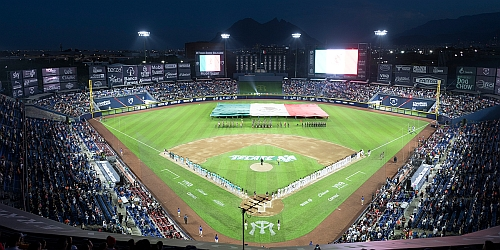 The new projects for the 2018 season all use Musco’s TLC for LED (Total Light Control) systems. “All of these organizations had very clear goals and were focused on transforming the stadium experience for players and fans,” said Jeff Rogers, vice president at Musco Lighting. “We worked closely with them to achieve that goal. When you see the stage these lights help create for night games at these stadiums, it’s pretty special, and the fans will love it.”

The LED systems deliver light more precisely than legacy HID systems. That means light is only directed where it is needed and energy isn’t wasted delivering light where it’s not needed. Moreover, the beam control results in better uniformity and that benefits players and fans.

The project in Kansas City transformed Kauffman Stadium that’s known locally as “The K.” The team replaced 600 metal-halide fixtures with 412 LED fixtures. The team said the retrofit would deliver a 59% reduction in energy usage while improving the lighting. “We try to be good stewards of our resources, for our fans and our players,” said Todd Burrow, Kansas City Royals director of engineering. “The cost savings alone make this such an important upgrade to an already beautiful stadium. But everyone, on the field and in the stands, will benefit from better lighting at The K.”

The Royals, the Cincinnati Reds, and the Philadelphia Phillies all have systems with DMX control that further enables the LED stadium lighting to serve as part of the show. The controls can create special effects, and lights can be switched on and off immediately, enabling the use of the lights to celebrate victories or sync up with music.

Meanwhile in Mexico, the Monterrey Stadium will host MLB games for the third time in its history. The stadium has become the first baseball facility in Latin America to install LED lighting. The Padres and Dodgers will play under those lights May 4–6.