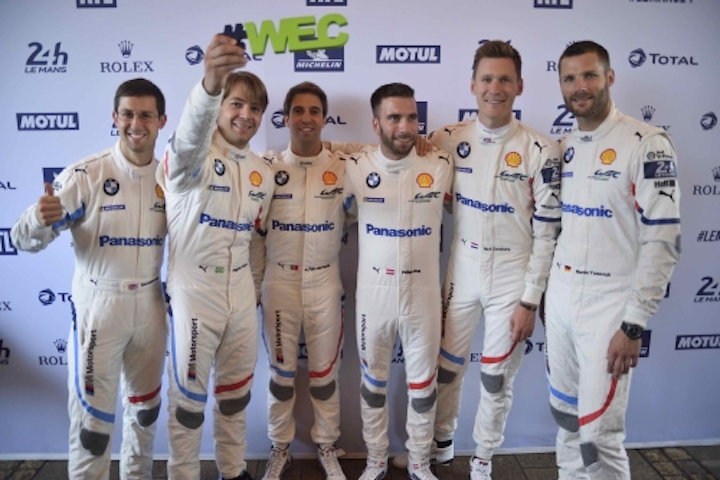 There’s nothing like a world stage to promote an emerging technology. In international auto racing, the stage doesn’t get much bigger than Le Mans, the grueling 24-hour endurance contest and the latest sporting event where Osram will trial specially-adjusted LED lighting to help keep drivers and crew alert.

Interested in articles & announcements on applications of tunable lighting?

Osram is providing LED-equipped glasses, tunable to blue, to drivers of the two-car BMW M Motorsport team and is outfitting BMW’s pit control area with blue-hued luminaires at the event, coming up this Saturday and Sunday at the fabled Circuit de la Sarthe raceway near Le Mans, France.

24 Hours of Le Mans — as it’s officially known — pushes drivers to the limit of exhaustion, so Osram is delivering jolts of blue frequency light through eyeglasses to drivers who want it, because the wavelength is known to work as a stimulant.

“The blue LED light prepares them for the battle ahead by stimulating the central nervous system,” Osram said.

BMW is not forcing its six drivers to use the glasses. The use is up to each individual, Osram told LEDs Magazine.

This is not the first time that Osram has provided the eyewear to athletes. For example, it has supplied the BMW Motorsport team at Germany’s Nürburgring 24 Hours Race both this year and last year.

“In some past races, all drivers tried them; in other races, only a part of drivers used them,” an Osram spokesperson told LEDs. 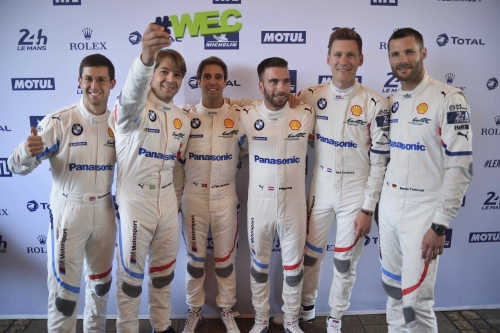 Will their eyes have it? These six BMW M Motorsport drivers have the option of wearing specially-tuned Osram LED eyewear at this weekend’s 24-hour Le Mans endurance race, to help them stay alert. (Photo credit: BMW.)

The company has also been providing the goggles to the German skiing association for about three years, with positive feedback, the spokesperson said.

“Overall, the use of the light goggles is easier to integrate in the routine of skiing races than in the driving routine of long races,” she added. “The skiing athletes know exactly when they will start and can integrate the use of the goggles accordingly. The racing shifts for 24-hr races are not timed to the minute. If a pit stop becomes necessary, let’s say 15 minutes before the regular shift changeover, the driver may choose to also turn over the pilot seat to the next driver to avoid an additional stop. That flexibility makes it more difficult to know when to wear the light goggles.”

Osram is continuing to refine the product. The eyewear at Le Mans is more compact than what the company has been providing, although the size is still at an “interim stage,” the spokesperson said. That means the glasses are not quite svelte enough yet for what could become more mainstream applications, such as jet lag treatment or a daily activation boost.

But in another advance heading toward commercialization, Osram has added an app that allows drivers to alter the glasses’ light doses rather than settling for one or a few settings.

Osram is delivering the stimulating blue through other lights as well.

“Special luminaires are installed in the common rooms and the pit wall control center for the benefit of both the drivers and the engineers,” Osram said. “They emit light with a high blue component, helping to heighten and maintain concentration levels even during the night session.”

“This is the brightest light I’ve ever seen in a race car,” said BMW racing driver Martin Tomczyk.

He did not indicate whether he plans to use the glasses. Turning such biologically-stimulating LED technology into a full-blown successful commercial product will, in its own right, be an endurance test for Osram and others in the industry working on the same concept.

For now, at big events like Le Mans — which along with the Indianapolis 500 and the Monaco Grand Prix is part of auto racing’s Triple Crown — it’s a spectacle of spectacles. Not a bad way to go to try to prove a concept.