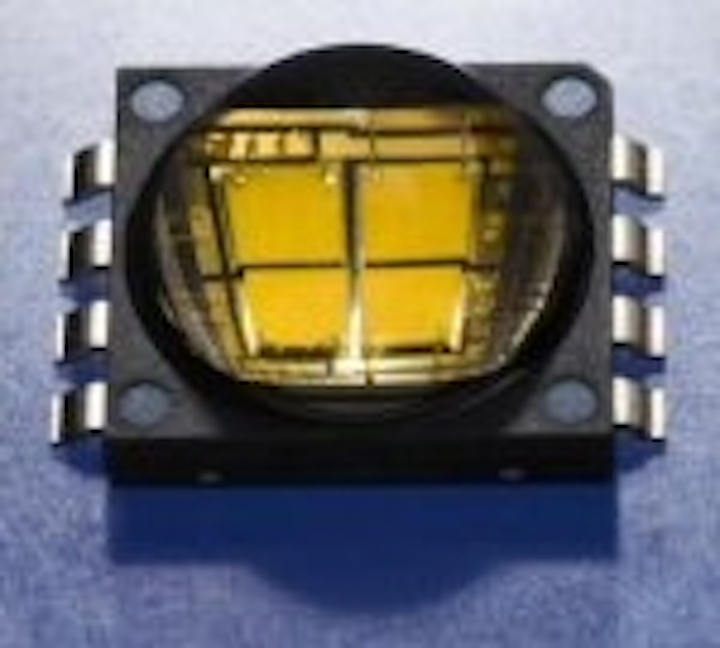 The EasyWhite bins have been made available with Cree’s multichip XLamp® MC-E LEDs. The bins are offered at color temperatures of 3500 K, 3000 K and 2700 K, and are 75 percent smaller than the ANSI C78.377 standard color regions.

“Our goal is to increase end-product color consistency for all lighting applications, and EasyWhite bins can reduce manufacturing complexity and inventory needs. Customers can now buy LEDs just like traditional light bulbs, by specifying CCT and light output.”

Currently, white LEDs can’t be produced economically at a specific CCT with high levels of consistency. This situation, experienced by all LED makers, is due to the manufacturing issues associated with controlling both the wavelength of the blue LED chips and also the distribution of the phosphor. The resulting performance distribution requires white LEDs to be binned.

Ideally, LED manufacturers would like to use their entire distribution output of white LEDs, across all bins. However, many lighting customers need to be able to purchase LEDs that have a specific CCT and visual consistency from fixture to fixture. Ideally, this means small bins centered on the blackbody curve at the required CCT.

It is possible for customers to mix LEDs from multiple bins, to achieve consistent color points. However, this can only be done with a lighting application where the output of multiple LEDs can be mixed. It also increases the manufacturing complexity, with more inventory, more parts to place, and complicated mixing recipes.

Cree has taken the approach of carrying out the color-mixing internally within its four-chip MC-E package. Four white LED “chips” (i.e. chips with phosphor coating) are chosen by Cree, having previously been sorted, so that the resulting mixed white-light output hits the desired color point. The outcome is a series of bins that are much smaller than the ANSI-standard bins (see diagram). The new bins are based on a 4-step MacAdam ellipse, rather than 7-step for the ANSI standard. Thieken says that narrower 2- or 1-step binds may be introduced in the future.

The XLamp MC-E EasyWhite LED, at 3000 K CCT, can produce up to 560 lumens when driven at 700 mA. Cree says that this single LED is an ideal replacement for 20 to 35-watt halogen light bulbs in indoor lighting applications such as accent, track and pendant lighting.