A light-guide-based approach could yield street and roadway luminaires that solve annoying glare issues that are present in some LED products, and Cree is marrying the optics approach to warmer LEDs. 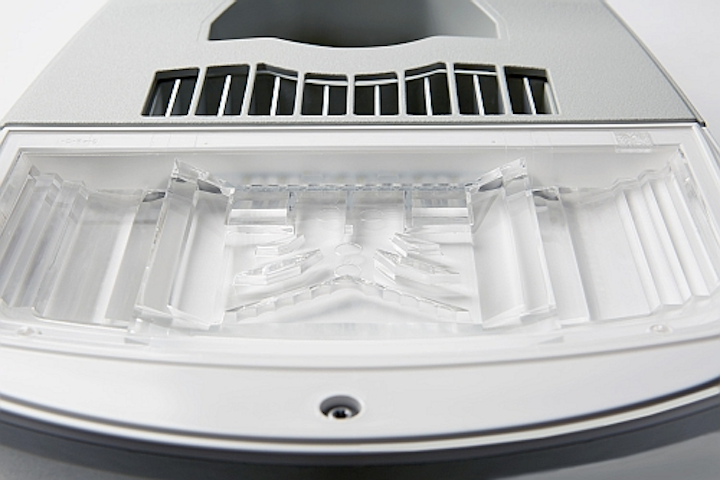 A light-guide-based approach could yield street and roadway luminaires that solve annoying glare issues that are present in some LED products, and Cree is marrying the optics approach to warmer LEDs.

During the recent Strategies in Light conference and exhibition, Cree rolled out a new light-guide-based LED street light that the company hopes will address concerns in some municipalities over glare and cooler CCTs. The RSW Series solid-state lighting (SSL) products use a 3-D light guide for beam distribution and Cree is combining the optic with warmer-CCT LEDs. And now Cree has pointed out that US mayors view LED lighting as the most likely technology to slash energy usage, but the technology is increasingly being scrutinized by residents that desire more pleasing lighting and by organizations such as the International Dark Sky Association (IDA).

The aforementioned survey is posted on The Climate Savers website. The data is from a survey conducted at the United States Conference of Mayors that convened recently in Washington, DC. Of the surveyed cities, 81% plan to deploy LED street lighting in the next two years. But local politicians are clearly going to have to consider public opinion as they move to SSL. 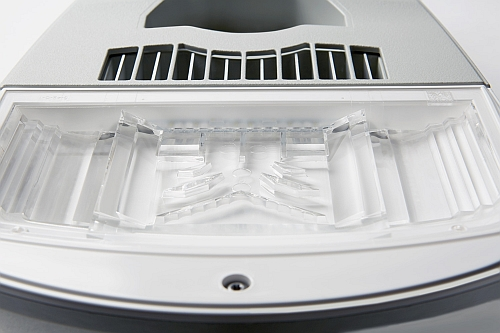 As we covered in a blog post late last year, there are citizen movements afoot to demand warmer CCTs despite the fact that there is some evidence that humans see better under cooler CCTs and that such SSL installations would be safer. Moreover, there have been complaints about some LED street lights that produce direct glare, although that is more of an indictment of luminaire design than LED technology because there are numerous options for reducing glare — although some approaches also come with a reduction in efficacy.

With the recent announcement, Cree sought to answer both CCT and glare concerns. The company's marketers cleverly intertwined the stories, but really the RSW approach to a warm CCT and low glare come from two disparate system elements.

Cree has successfully applied light-guide technology in an indoor fixture and a parking garage luminaire in the past year. The company calls its edge-lit technology WaveMax. Both the indoor and parking products used planar light-guide elements to produce uniform, diffuse light. And both won recognition in the LEDs Magazine Sapphire Awards announced two weeks back.

The RSW street-light design appears to use a much more complex light guide with planar subsections that are angled to produce the desired beam pattern for a street light. Still, each of those subsections should individually deliver uniform, diffuse light that is more pleasing than beams from LED point sources that are spread through individual total internal reflection (TIR) lenses. The result should be lower glare.

The CCT issue is as we said a separate problem. The IDA has developed a fixture seal of approval program that will require a CCT of 3000K or less. Proponents of such warmer CCTs believe that the reduction of blue energy in the spectral power distribution (SPD) is better for humans, astronomers, wildlife, and other elements of our environment.

At the RSW launch, Cree touted the benefits of a warmer CCT without an efficacy penalty. But in reality there is still a penalty associated with warmer CCTs. Cree said the RSW product at 3000K has an efficacy of 115 lm/W. Clearly there are cooler products on the market that do far better.

Ultimately, however, overall efficiency is about the light applied to the task at hand. Cree showed some simulations that suggest the WaveMax optic can more effectively deliver the desired beam, which means that cities can possibly install lower-power RSW lights. Moreover, Cree will first deliver the RSW at 80 CRI, and that color quality will enable far greater visibility and object detection. In the future, the combination of beam distribution and higher CRI could lead to a lessening of recommended roadway light levels, although it could prove out that cooler CCTs allow even lower light levels. And of course higher CRI comes with an efficacy penalty as well.

Still, it's refreshing to see a new concept in LED-based street light design. The USCM data revealed that 41% of cities view LED lighting as a top priority for energy savings. And developments such as the RSW LED street light could help eliminate roadblocks to such installations.