A number of LED lamps manufactured by Lighting Science Group are the subject of an official recall due to potential fire risk, although the relevant manufacturing issues were resolved in March 2011. 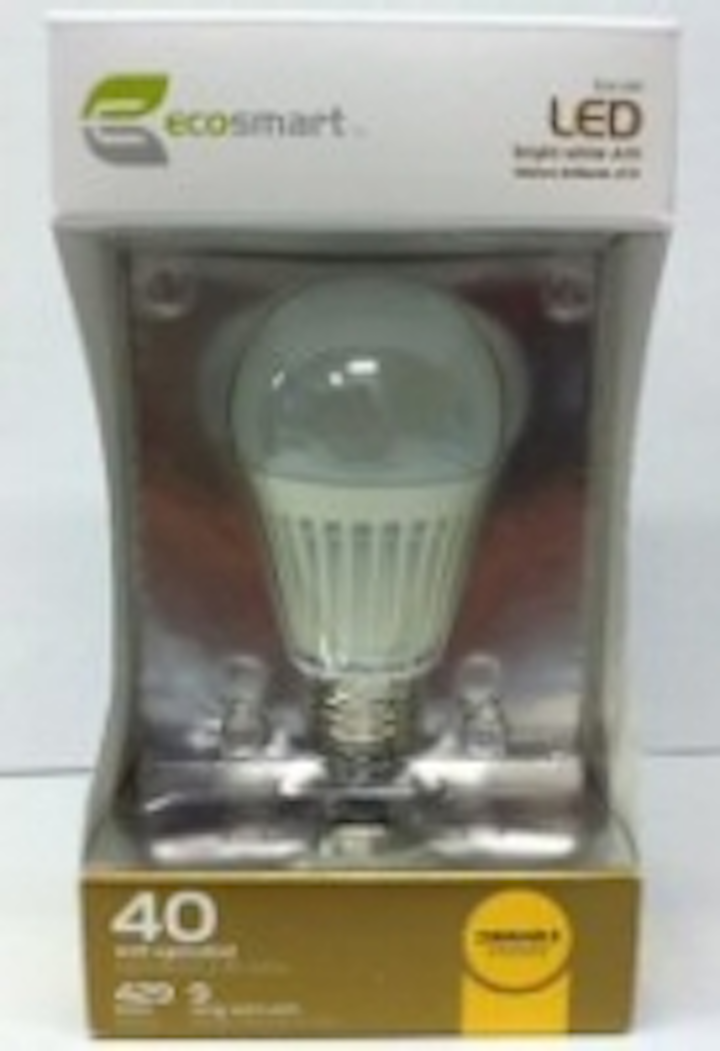 Lighting Science Group Corp. (LSGC), an LED lighting manufacturer based in Satellite Beach, FL, has issued a recall notice for some of its LED lamps that were manufactured more than 2 years ago.

As discussed in detail below, the problem was attributed to several issues with the power supply sub-assemblies used in the lamps. An LSGC spokesperson told LEDs Magazine that the problems were resolved by March 2011, and therefore don’t affect newer lamps.

The lamps affected by the recall include products sold under LSGC’s Definity brand, as well as private-label products manufactured by LSGC for Home Depot (sold under the EcoSmart brand), Osram Sylvania and Westinghouse.

The recall, issued in cooperation with the US Consumer Product Safety Commission (CPSC), includes about 554,000 units.

The lamps were manufactured in China, with a small number of products having final assembly in Florida or Mexico. The manufacturers are listed as Lighting Science Group and Citizen Electronics, with the latter company having provided the chip-on-board (COB) LED arrays incorporated into the lamps.

According to the CPSC website, Lighting Science Group is aware of 68 incidents of product failures, eight of which were accompanied by visible smoke or fire conditions. The incidents include damage to light sockets, melted fixtures, burned rugs/carpet/ floors, damage to a circuit and to a lamp. There have been no reports of personal injuries.”

Consumers are advised by the CPSC to stop using the relevant products, and to contact LSGC.

An LSG spokesperson told LEDs Magazine that an extensive analysis was conducted by LSG on all products that were returned. The company concluded that several conditions, occurring concurrently, had contributed to the reported failures.

These conditions, which all related to the power supply sub-assemblies in the lamps, were: