The ENEC+ mark announced at Light+Building will serve to certify the initial performance of legacy and LED-based lighting products, while LightingEurope also used the mammoth event to launch the Lighting For People initiative within the auspices of the SSL-erate program. 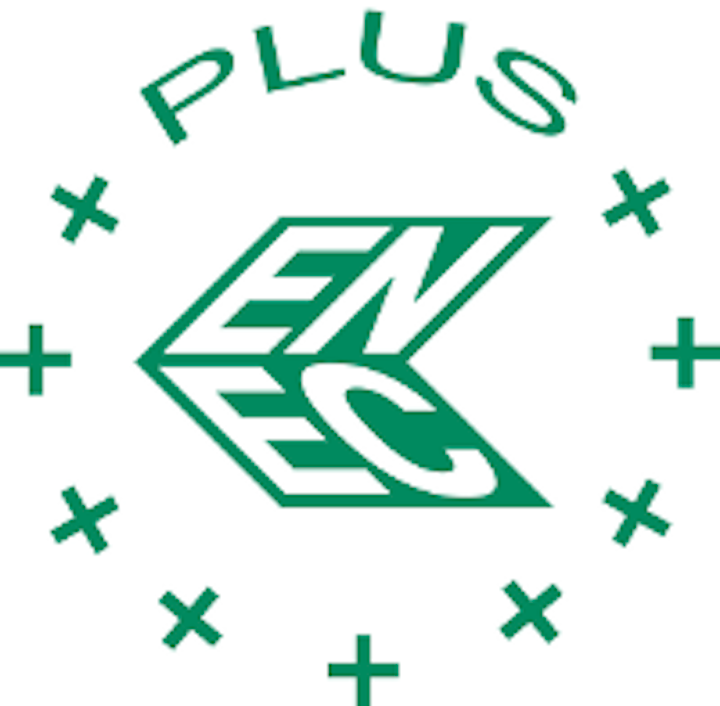 EEPCA (European Electrical Products Certification Association) and LightingEurope held a press conference at the mammoth Light+Building (L+B) trade fair to announce the new ENEC+ mark intended to certify the initial performance of LED-based and legacy lighting. LightingEurope separately used L+B to broaden the impact of the SSL-erate program, which has been partially funded by the European Union (EU), with the launch of the Lighting For People initiative.

The ENEC (European Norms Electrical Certification) mark has for more than two decades been the Pan-European stamp of approval that declares the safety of a marked product. Certification Bodies (CBs) around the globe test electrical products for ENEC safety compliance just as CBs test for compliance to UL standards in the US.

Now EEPCA and LightingEurope will promulgate the ENEC+ mark that is focused on the performance of lighting products including solid-state lighting (SSL). The organizations will not define performance requirements but rather hope to ensure that marked products deliver the initial performance found in manufacturers' specifications. The program will be somewhat similar to the Lighting Facts program operated by the US Department of Energy (DOE).

"The launch of ENEC+ demonstrates our ability to respond to the new market expectations," said Valberto Baggio, president of EEPCA. "Its evolution model makes it future-proof as it will always remain attuned to the developments in product performance. ENEC+ has all the elements necessary to become largely adopted by manufacturers, as the ENEC Mark has been for the past 20 years."

Baggio's comments were instructive in terms of where the two organizations hope to take the new mark. Initially, ENEC+ will be applied to the initial performance of luminaires. But the program will evolve to both validate that products carrying the mark in the field perform to specifications and ultimately to validate performance over the life of the products. It will be interesting to see how the ENEC+ program compares or contrasts with the compliance testing specified by the DOE in Lighting Facts.

Initial certification testing of new SSL lighting products will be handled by the CBs that serve Europe for other product testing such as safety and energy-efficiency requirements. EEPCA and LightingEurope are still working on details as to how compliance over time is validated for ENEC+ certified products and how to implement life testing.

The new mark will help ensure that poor-performance issues don't derail the proliferation of LED-based lighting and the energy efficiency that the technology can deliver. "The ENEC+ scheme comes at the right time as lighting manufacturers active on the European market now have the possibility to better respond to quality-based tenders in the area of professional lighting fixtures in the European market," said LightingEurope president Dietmar Zembrot.

The organizations hope the ENEC+ mark will coalesce the continent around a single product-performance validation scheme. Currently, a number of individual countries have performance programs in place. The EEPCA-administered program should reduce the testing burden on manufacturers, enabling the single mark to serve in all countries. The ENEC safety mark, for instance, is recognized by 21 European countries and today covers 85,000 products.

Moving to the market transformation SSL-erate program launched last November, LightingEurope announced recently that the Lighting For People initiative would begin at L+B. SSL-erate was funded to broaden deployment of LED-based lighting and increase energy savings. The Lighting For People initiative is centered around a new website intended as an educational resource and a vehicle for collaboration.

LightingEurope, for instance, says that the website will include resources on human-centric lighting. At L+B, the new Lighting For People website launched and complementary programs within SSL-erate were available to attendees of the fair. LightingEurope conducted a half-day seminar program that covered a range of topics from a broad overview of the European lighting market to a session focused on emerging opportunities including human-centric lighting. The organization also presented an overview of all the companies at L+B that had human-centric lighting technologies on display and even published a map to guide a walking tour of those exhibits.

LightingEurope has been especially focused on the opportunity in the human-centric lighting area. Last fall the organization published some research on the topic with its partners, the German Electrical and Electronic Manufacturers' Association (ZVEI) and A.T. Kearney.