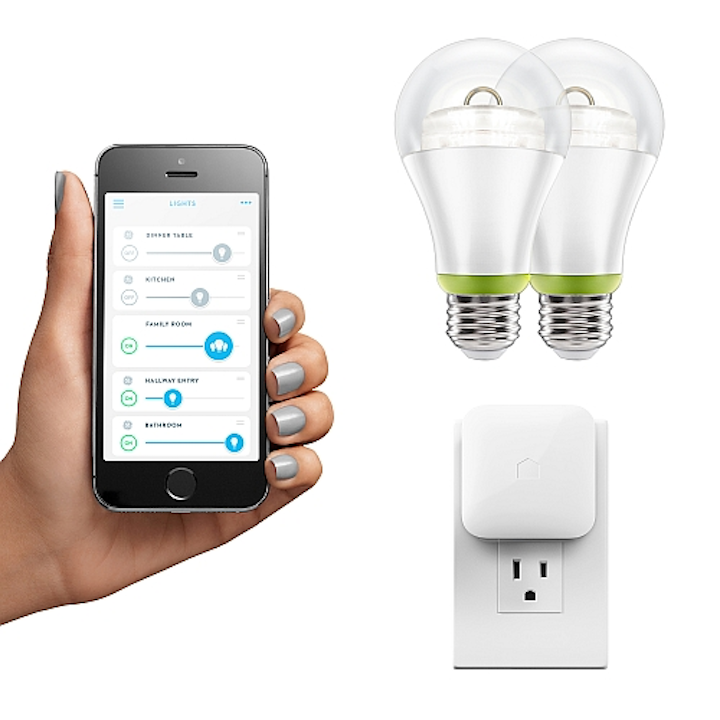 GE Lighting has announced the Link family of LED-based lamps that integrate ZigBee wireless connectivity and enable smartphone-based control of lighting. The solid-state lighting (SSL) products significantly undercut the market for ZigBee-based lamps, with the A19 lamps selling at Home Depot for just under $15 in the US. 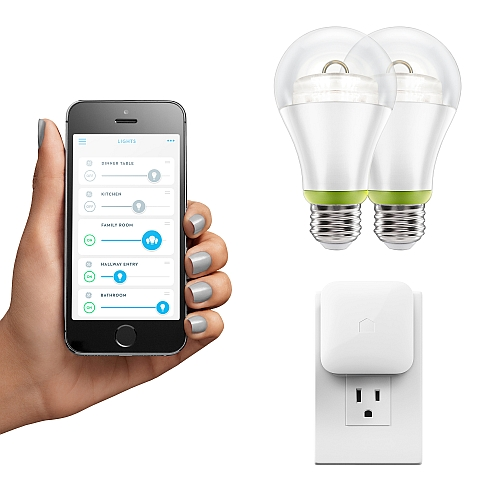 While there are some low-cost Bluetooth-based wireless LED lamps on the market, GE has entered the space under the level at which most ZigBee-based lamps are selling. And ZigBee offers a more robust wireless environment with persistent connection to the networks of lighting products whereas Bluetooth is a short-range one-to-one technology. For a ZigBee lamp price comparison, the white Hue Lux product announced by Philips Lighting at the Light+Building trade fair is selling for $40.

GE will also enable lower-cost entry into the ZigBee lighting world since a network hub is a requisite with ZigBee. A Link Starter Kit with a ZigBee bridge and two Link A19 lamps is selling for $49.97 at Home Depot. Note that the low-cost GE ZigBee bridge is designed specifically to work with only GE products according to a spokesperson. But the Link lamps will work with other ZigBee bridges on the market.

Indeed, GE developed the Link family in collaboration with the startup company Quirky and the Wink platform. GE had invested in Quirky starting late last year. Quirky is pursuing home automation and will offer control via the Wink app for Apple and Android smartphones and tablets. Moreover, the company is slated to begin selling its own Wink Home Automation Hub later this week, and that product bridges many types of wireless and wired networks including ZigBee, Wi-Fi, Bluetooth, Z-Wave Plus, and Lutron ClearConnect. The Wink hub is priced at $80.

GE recommends that consumers buy the Wink hub and individual GE lamps if the customer wants to control multiple types of products over multiple networks. Indeed, Quirky has its eye on thermostats and other devices. The Link Starter Kit, however, will be enticing to customers that just want wireless control of their lighting.

Ironically, GE Lighting had just announced some wireless lamps at LightFair International that are based on the Lutron ClearConnect wireless platform. Those products are being sold under the GE'telligent brand and apparently GE will support both product lines. Certainly ClearConnect is a more robust system at the moment for commercial deployments.