Osram and Belkin will partner on smart lighting and the Internet of Things, while early LED player Lighting Science Group announces a new CEO, and Toshiba is shipping a TV that integrates full LED backlighting for 4k resolution. 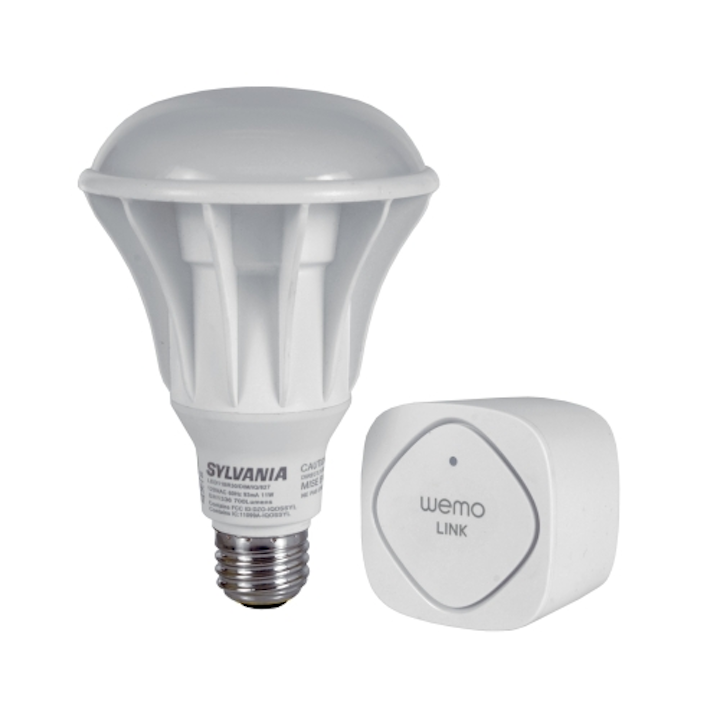 Osram and Belkin will partner on smart lighting and the Internet of Things, while early LED player Lighting Science Group announces a new CEO, and Toshiba is shipping a TV that integrates full LED backlighting for 4k resolution.

Osram has announced a partnership with home-networking specialist Belkin that will yield Osram solid-state lighting (SSL) products that work with Belkin's WeMo home automation technology platform. Early LED-lighting pioneer Lighting Science Group (LSG) has announced a new CEO — Edward Bednarcik, an executive with experience in the IT and networking market segments. In the LED backlight space, meanwhile, we see yet another LED-based TV, this time from Toshiba, that could foreshadow an uptick in the number of LEDs sold into the backlighting segment. The US Batteries+Bulbs retailer has announced the acquisition of Europe-based online SSL retailer LED Hut.

The Osram and Belkin partnership has the potential of leveraging the strengths of each company to help drive smart lighting into the residential market. Back at the Consumer Electronics Show (CES) in January, Belkin had announced LED lamps that were compatible with the WeMo home-networking/automation platform. The company had announced WeMo back in 2012 for a variety of home devices such as thermostats, cameras, and even a networked baby monitor. WeMo is a ZigBee-based wireless platform and Belkin offers an Ethernet bridge called WeMo Link to connect IT-centric devices and smartphones to the ZigBee devices. WeMo is Belkin's technology that's targeted to support the so-called Internet of Things. 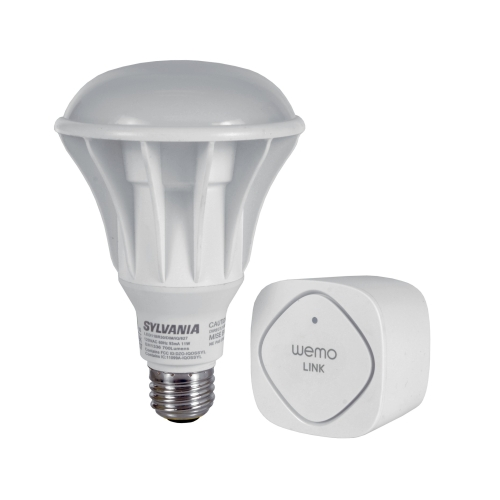 Going forward Osram will make its Lightify control platform, which was announced at Light+Building in April, compatible with WeMo. The first compatible lighting product will be a Sylvania Ultra iQ BR30 LED replacement lamp due on the market soon.

"As connected lighting becomes more mainstream, Osram Sylvania is working with leaders in the Internet of Things space like Belkin to unleash the full potential of consumers’ homes by creating personal lighting experiences that promote comfort, convenience, and joy," said Jes Munk Hansen, president and CEO of Osram Sylvania. "We are shaping the future of lighting by delivering not only long-life, energy-saving LED solutions, but also by creating an experience that changes the way people think about their lighting."

Moving to personnel news, LSG's new CEO will take the reins of a company that was an early success story in LED lighting but that has struggled more recently with business and technology issues. For example, last year the company had to manage a very large recall of retrofit lamps that it designed and manufactured. New CEO Bednarcik will attempt to right the ship and expand the company's technology base to be more focused on smart lighting.

"Ed’s leadership experience in the technology sector and as a driver of growth will be a tremendous asset to Lighting Science," said Craig Cogut, chairman of the Lighting Science board of directors. "Based on his impressive track record of repositioning and transitioning companies toward significant growth, Ed has partnered with private equity owners and entrepreneurs alike to take strong franchises in markets that are being disrupted, and turn them into industry leaders. We are looking forward to benefitting from Ed’s expertise and technology experience to help take Lighting Science to the next level."

In other personnel news, Eye Lighting as announced that Christina Calaway will join the company as the new business development manager. "Christina is a seasoned sales professional skilled at developing new business by building relationships and demonstrating her technical expertise. We are pleased to have her join our growing team of lighting experts,” said Tom Salpietra, president of Eye Lighting.

The packaged LED marketplace, meanwhile, is plenty healthy with the growth in general lighting applications, but the backlighting sector still consumes a large number of LEDs. While analysts have projected a steady decline in LED revenue attributed to the backlighting sector, mainly due to lower component prices, new TVs could change the outlook significantly. As we covered recently, Vizio announced new TVs that use more LEDs. Now Toshiba has rolled out 4k-resolution Ultra HD sets with full backlighting.

The L9400 Cinema Series of TVs combines a 240-Hz refresh rate and what Toshiba says is its first "LED panel kit with 4k Ultra HD resolution." Moreover, the company said it is using brighter LEDs for double the brightness and even better dynamic contrast ratios via the local dimming of the LED backlighting. The implication is both more and higher-margin LEDs.

Finally, in the retail business space, Batteries Plus, operator and franchisor of Batteries+Bulbs stores and operator of a web storefront, has announced the acquisition of LED Hut Ltd — characterized by Batteries Plus as the largest online supplier of LED lighting products in Europe. The US company has sought to expand the business beyond its batteries roots and identified LED lighting a strategic opportunity. The company has said that it sold 3.2 million light bulbs in 2013. The acquisition will expand its market reach.