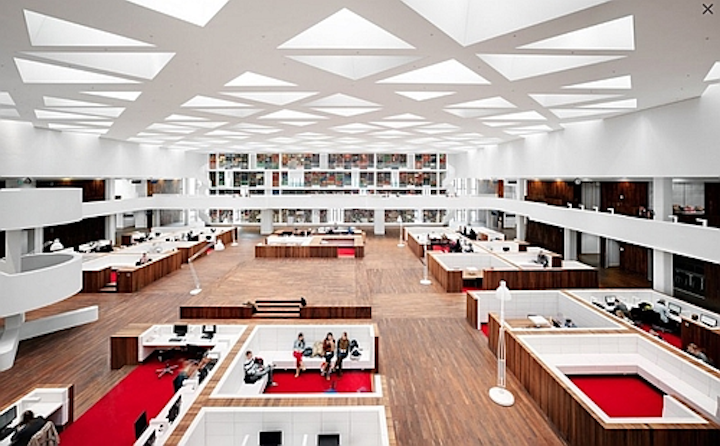 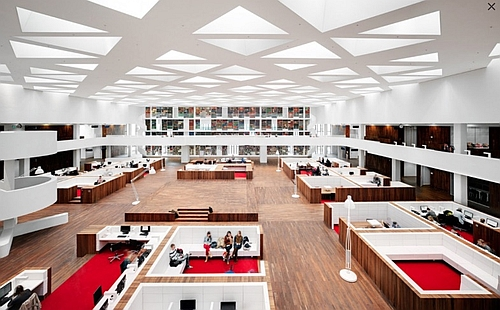 The Trilux lighting fixtures will replace gas discharge lamps that are approaching the end of their lifecycle, Chess Wise said. The wireless control system, provided by Chess Wise, avoids the costly and disruptive process of running new cables to hard-to-reach ceiling lights in the facility, which includes a soaring atrium that helped Dutch architects Kaan win the Rotterdam Architecture Award 2013.

Chess Wise's technology, called MyriaMesh, allow facilities managers to map out groups of lights for different on/off and brightness settings throughout the day and night. Operators can control the groups and settings using apps, tablets, and cloud computing. 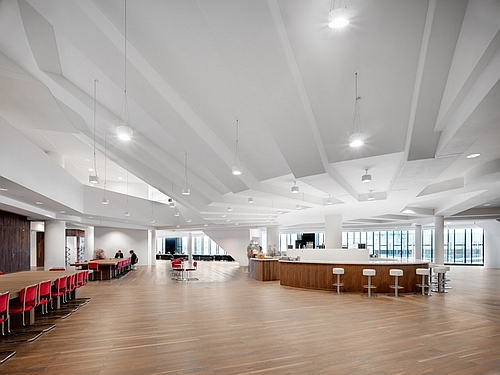 Haarlem-based Chess Wise says MyriaMesh can facilitate the sale of lighting-as-a-service, a trend that some people in the lighting industry hope will supplant hardware sales.

Chess Wise provides its wireless controls for other building functions in addition to lighting. For instance, it has paired with global window-blinds maker Verosol to provide controls for Verosol's solar-powered blinds. In a recent blog post, Chess Wise also noted it is mulling how to apply its technology to “smart floors” — floors that provide information about human movement in a building.