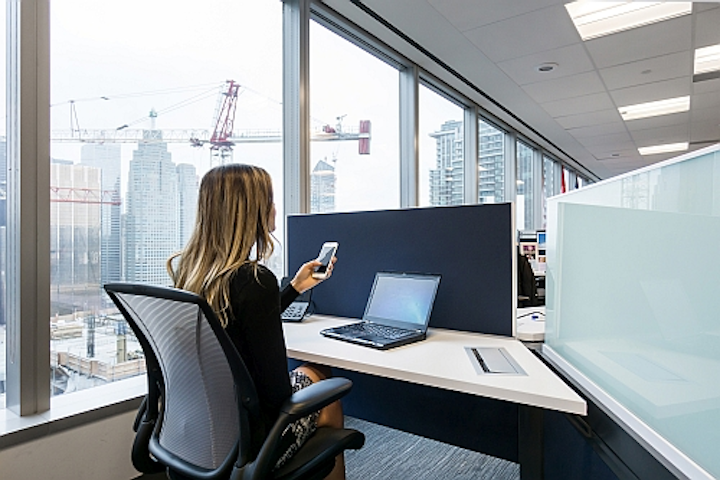 Philips and networking stalwart Cisco today made it official: They are joining forces to sell Internet connected lighting that combines Philips LED technology with Cisco Ethernet switching gear for the commercial lighting market.

It was the new collaboration with Cisco, called the Cisco-Philips Alliance, that today grabbed the most attention.

As LEDs Magazine wrote last week, the alliance will emphasize Power over Ethernet (PoE), a technology that routes low-voltage electricity over the Ethernet cables of office IT networks to LED luminaires, thus eliminating costly conventional electrical cabling in new buildings and in major renovations. 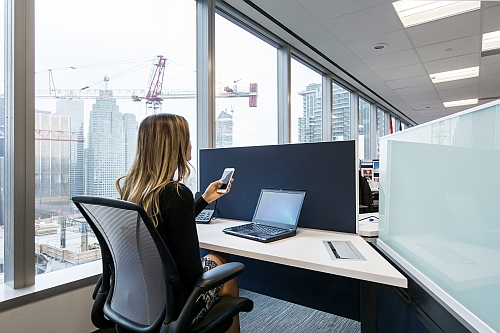 The Ethernet cables will also help carry data to and from the lights, allowing building occupants and operators to intelligently control lights from net-connected computers and gadgets, either onsite or remotely. The idea on the data side of lighting-based PoE, as we note in a feature, is to allow individuals and managers greater control of lighting levels both onsite and remotely, and to thus increase energy efficiency and optimize comfort. Sensors in lights could help detect occupancy, darkness or brightness, room temperatures and other factors and feed that information to central controls. In principle, the controls could also adjust lighting warmth and color and better support human circadian rhythms, although early deployments by Cisco-Philips will not offer color adjustments.

“The world is becoming digital, and by working with Philips, we can help building owners more quickly digitize their lighting networks to drive better user experiences and efficiency,” said Edwin Paalvast, Ciscos’ senior vice president of EMEA and Russia and the executive sponsor of the Cisco-Philips Alliance.

“Customers will receive the best energy-efficient lighting experience in the connected world and be able to use information acquired from their connected lighting system to save energy, reduce costs, improve productivity, and optimize their workspace environment,” said Bill Bien, senior vice president and head of strategy and marketing at Philips Lighting.

For Philips, the collaboration could help move lighting into a service business model, a transition that many traditional lighting companies hope to make to restore margins. Conventional lighting firms have struggled to profit from their move to LED lighting, where it’s hard to make money selling lamps that last for a purported 20 years.

For Cisco, the alliance could be a boon to the sale of Ethernet switches, a market which has slumped in the face of cloud computing and wireless technologies.

The two companies did not announce any customers. Cisco’s Steve Steinhilber, vice president of strategic alliances, described PoE lighting as “an early market” that the “transformational partnership” between Cisco and Philips will help to create.

As LEDs Magazine notes in its PoE feature, the two companies have together deployed a lighting-based PoE system at Cisco’s Canadian headquarters in Toronto. Cisco also has a PoE lighting installation in the C-suite at world headquarters in San Jose, CA, using lighting gear supplied by specialist NuLEDs of Carlsbad, CA.

Philips has also deployed a showcase PoE lighting installation at an Amsterdam office building called The Edge, but without Cisco switches.

The two companies are still working out details of exactly how they will co-sell switches and lighting equipment.

“We will co-sell our solutions together,” Bien told LEDs Magazine on a call with journalists. “We will not necessarily sell each other’s products, but we will co-sell through our channels and the products will be available in our channels for each set of our customers...Our sales teams are meeting to plan the sales approaches to customers.”

Cisco’s Steinhilber added that the companies will be flexible in how they package products and services.

“We believe that customers will want to consume the offer in different ways,” he said. “It’s going to be somewhat dependent upon the customer environment. No one model will dominate. We want to take advantage of the customers’ interest in how they procure the technology and services.”

Cisco is steeped in PoE technology, which is the backbone of voice over IP (VoIP) and other office systems; corporate Wi-Fi, for instance, can be powered by PoE. In those markets, Cisco has acquired companies and offered end-to-end systems. So far in lighting, it is choosing to partner with Philips, and has not yet acquired lighting expertise.

Meanwhile, Philips said it is using SAP’s HANA software to link data collected from Philips connected street lights to data collected from other sensors in a city’s IT infrastructure, and to display the data on a city dashboard. Philips said it has already deployed the technology in Buenos Aires, where it is refurbishing 91,000 street lights with LEDs and controlling them with Philips’ CityTouch software, which is also being rolled out in Los Angeles, CA.

And in another connected lighting move, Philips said it has teamed with Bosch to tie that company’s home heating controls into Philips’ residential smart LED lamps, called Hue. For example, Bosch gear can dim the lights as the home temperature rises, if users program it for that sort of ambience. It can also note that a home has been unoccupied while the residents are on vacation, and will switch on lamps to deter burglars.