The European Union is headed toward a 2016 ban on halogen lamps that are more efficient than incandescent bulbs yet trail LED technology, but as Caroline Hayes reports, some in the European lighting industry hope to have the European Commission delay the ban. 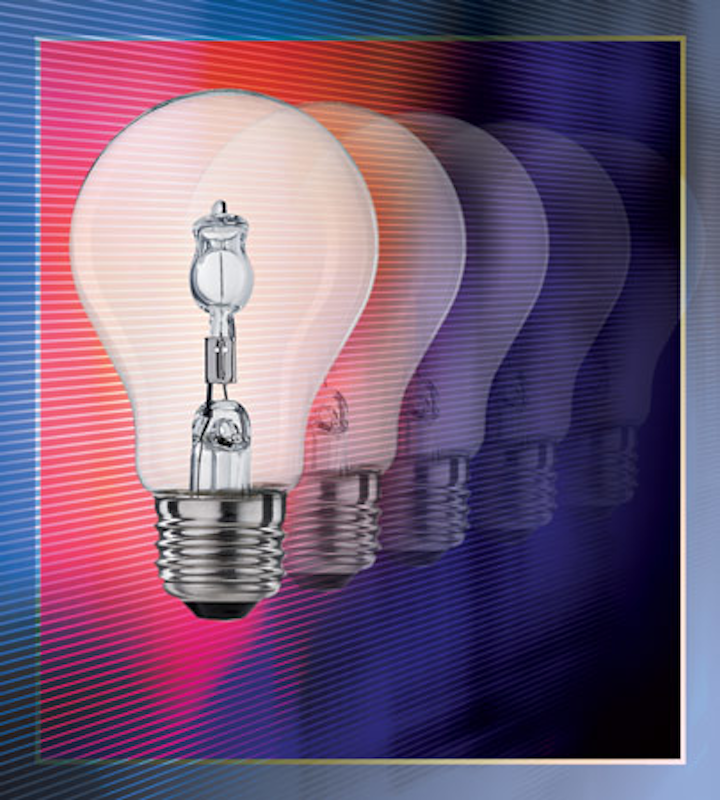 The European Union is headed toward a 2016 ban on halogen lamps that are more efficient than incandescent bulbs yet trail LED technology, but as CAROLINE HAYES reports, some in the European lighting industry hope to have the European Commission delay the ban. 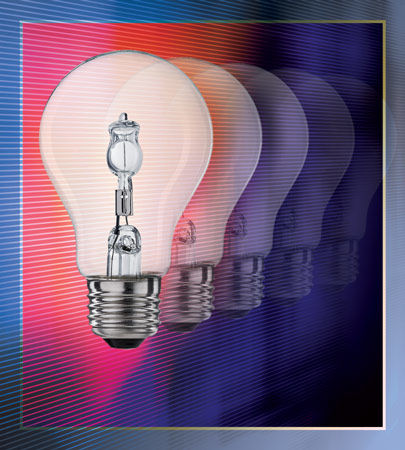 The planned phase-out of residential halogen lamps in Europe could move the LED industry a step forward in penetrating European households as we head toward 2016. The lighting industry association LightingEurope, however, wants to call a halt, fearing significant "restrictions on consumer choice." There may be a middle ground in the debate on the energy-efficiency demands made by European Union (EU) regulations including 244/2009 and 1194/2012, although the European Commission (EC) is tight-lipped on potential changes in the future direction for now.

Both aforementioned regulations relate to energy efficiency. Commission Regulation (EU) No. 244.2009 is part of the Eco-design directive for Energy-related Products (ErP), an initiative to increase energy efficiency and reduce a product's negative environmental impact. This part of the regulation addresses nondirectional household lamps, and it was introduced in April 2009. There are six stages to the ErP, scheduled from September 2009 to September 2016, and consumers will not be able to purchase domestic halogen eco lamps after 2018. Halogen lamps can use 25% less energy than incandescent lamps and also carry the label "eco" indicating the efficiency but are still far less efficient than solid-state lighting (SSL) products.

LightingEurope, composed of 33 European lighting manufacturers, national associations, and companies, wants the earliest phase-out of domestic halogen eco lamps to be pushed back to 2020. In a position paper released in November 2014, the association laid the foundations for its reservations. In the paper, it maintained that even postponing Stage 6, the final stage, to 2018 "will not overcome the challenges identified for 2016."

According to Diederik de Stoppelaar, secretary general of LightingEurope, there should be lessons learned from the last changeover when incandescent lamps were phased out. "It was not the smoothest," as he recalled. "Consumers did not understand the packaging," meaning what lumen output equated to a bulb wattage. He maintains that they did not know what they were buying: "They would buy a 400-lm lamp, but find it is not as bright as the 40W lamp it replaced."

Commission Regulation (EU) No. 1194/2012 relates to the energy-efficiency data on packaging. There is no regulation on the packaging and no fixed standard. De Stoppelaar believes that this sets up a scenario in which consumers will fight the adoption of LED lamps, because doing so would require paying eight times more for lamps that are not as bright or that are unidirectional, unlike halogens.

One of the repeated objections to the 2016 date is that consumers will not be on board, as LED lamps are not yet a 1:1 replacement. LightingEurope estimates that more than 200 million luminaires in European households would become unusable under the implementation of Stage 6 requirements. As de Stoppelaar pointed out, these are not €1 ($1.13) incandescent lamps, or €1.99 ($2.25) halogen lamps, but €8 ($9) to €10 ($11.31) lamps.

For Hubert Ott, technical marketing director for lighting, Europe region at Silica, an Avnet company, the price differential is not an insurmountable hurdle. He believes that LED technology will win over consumers. "End customers will see price increases in terms of installation cost. Due to the lower power consumption and reduced maintenance cost, as well as longer lifetime, the amortization can be reached in two to three years and they will turn positive when using LED-based lighting
products," he states.

LightingEurope argues that consumers may not be able to find suitable replacements with the same characteristics - for example, light distribution. There are some LEDs that are omnidirectional, concedes de Stoppelaar, but not many. He puts himself in the place of the consumer, imagining a table lamp that only throws light upwards, whereas the consumer has believed that it will produce the same light as the omnidirectional halogen it replaces.

Another concern worth considering is that LEDs are also not always dimmable and true in color, says de Stoppelaar. "Halogen light is close to daylight, but a lot of artificial light is very white [cold CCT]. This is popular in the Middle East, but in Europe we want warmth, with a reddish or pinkish light." Although any color is possible with SSL products, the red of LED lamps is not the most efficient on the market "at the moment." This phrase is often repeated; it is a case of making sure the market is ready to provide a comparable replacement that will be accepted readily. "Let us wait to find the right solution, closest to halogen, and get a red that looks good," de Stoppelaar urges.

Another worry is the pace of other technologies. Smart lighting, for example, relies on dimming lighting on command. Although LEDs are energy efficient, de Stoppelaar worries that if "smart lighting takes off, consumers won't be able to use their LED lamps." Again he poses the question: Why not use halogen until the LED technology is ready? The association's belief that LED lighting technology may not be suited to all applications, such as with control devices and in delivering all light distribution angles, is also contained in the position paper that was intended to provide information ahead of the next EC meeting.

In addition to consumer rights, de Stoppelaar champions his members, listing job losses as a challenge that needs to be addressed with the advance of the regulation. "The VHK VITO study estimated that if the mains-voltage halogens were to be phased out, in total approximately 7,300 jobs related to halogen production would be jeopardized, while trade unions refer to about 11,000 jobs. It will hamper the competitiveness of the European lighting industry, especially now that the transformation process in the European lighting industry towards LED is in full course."

Silica's Ott does not see a threat to jobs with the adoption of LED technology. "In fact, the barrier to produce lighting products dramatically dropped with the transition to LED technology. So more companies stepped into this market and created business. The big drawback is faced by the old, big, traditional lighting makers who lose - big time - market share," he says.

Although the date of the next EC meeting is not known at the time this article went to press, de Stoppelaar returns to his position of biding for time. "Give us until 2020 as an industry to make sure we make the right changeover," he says. In November, commenting on the phase-out of domestic halogen eco lamps, he said, "To put it simply: A phase-out starting before 2020 is going to be confusing, costly, and inconvenient to European Union consumers. The industry strongly supports - and has for years - the changeover to more energy-efficient lighting solutions; however, a 2018 date does not allow for alternative, developing technologies to be widely available."

When asked what would happen if the date were unchanged, de Stoppelaar's response was unequivocal: "It would be a disaster - consumers would go to the shop and buy a lamp for €7.99 ($9.03), eight times more than an incandescent lamp, but still not bright enough... It will delay the acceptance of LED technology by the consumer."

CAROLINE HAYES is a contributing editor with LEDs Magazine.