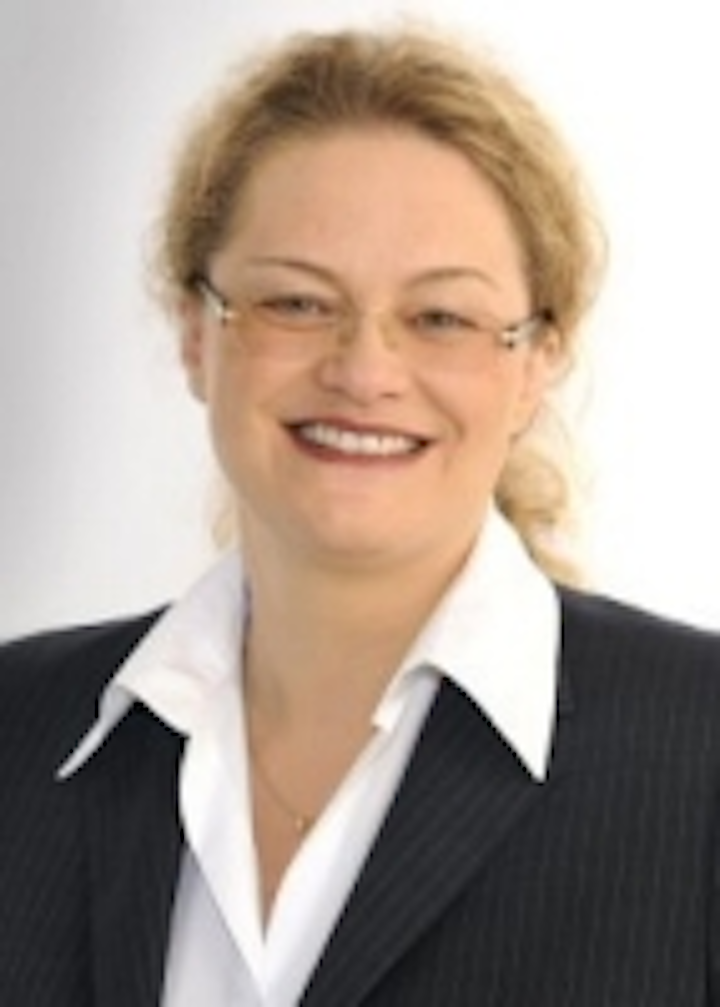 Elke Eckstein brings more than 25 years of experience in the semiconductor sector to her new position as well as extensive specialist knowledge. Most recently she was Vice President Manufacturing at AMD in Dresden where she was responsible for day-to-day operations at the world’s most efficient semiconductor factory, F30/38.

In her new function Elke Eckstein assumes responsibility for worldwide production - a crucial key position in the rapidly growing semiconductor sector. Elke Eckstein also has several years of experience in management roles in prominent semiconductor manufacturers. Before moving to AMD, she was Chief Executive Officer (CEO) for three years at ALTIS Semiconductor, a joint venture between IBM and Infineon.

Cree has announced that Steve Kelley will join the company as executive vice president and chief operating officer, effective August 19. In this newly created position, Kelley will be responsible for business development, global manufacturing, technology and administrative operations of the company.

“Steve's breadth of experience and track record of success in the semiconductor business will be a strong addition to the Cree leadership team as we drive the adoption of energy-efficient LED lighting,” said Chuck Swoboda, Cree chairman and chief executive officer.

Kelley comes to Cree after five years at Texas Instruments where he served as vice president and general manager of the Standard Linear and Logic Group. Prior to that, Kelley spent 10 years at Philips Semiconductors in various management positions.

Carmanah appoints Grant Byers and Rob Cruickshank to Board of Directors

Carmanah Technologies Corporation, a global provider of solar power and lighting technologies, has appointed Grant Byers and Rob Cruickshank to the Board of Directors.

Byers is Senior Vice President, Environment, for SNC-Lavalin, one of the leading engineering and construction groups in the world and a major player in the ownership, operation and maintenance of infrastructure.

Most recently, Cruickshank served as President of the British Columbia Technology Industries Association (BCTIA), a not-for-profit, member-funded organization representing the technology industry across the province.

Carmanah also announced that Carmanah founder David Green has accepted the role of Chairman of the Board, in place of Art Aylesworth, who has stepped down.

Solar GB Ltd, a UK-based LED lighting manufacturer, is now under new management and as a result has changed its name to LiteLED. The company will shortly be launching a new product range including updates to current products and a new price list. There will be a definite focus on the future and providing energy saving solutions with white light products. Newer ranges of more powerful LEDs will be utilised throughout.

Improvements to luminaire connectivity will include IP-rated connection systems that are plug and play. All products will now come with 5m plug and play extension leads as standard, also allowing for more contractor friendly installation. Further extensions leads will also be available. A new DMX512 RGB driver will offer even more presets than before.

Within the LiteLED team there are new additions to the internal design department offering 3D CAD design and improving the bespoke design service. More internal sales support will also be available.