LED displays take to the skies on a blimp 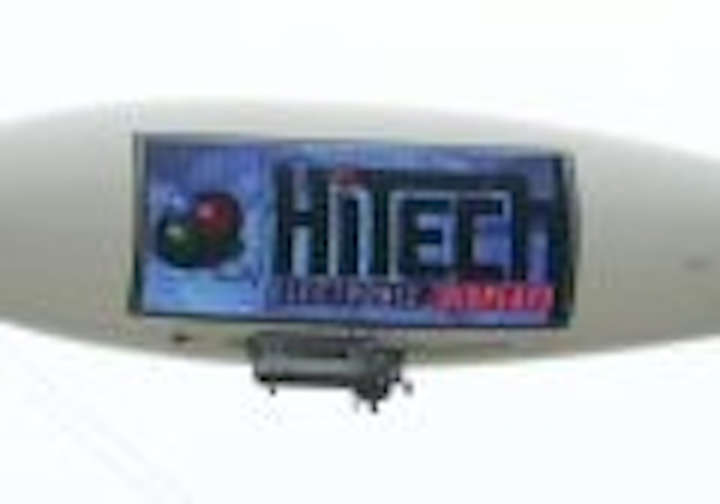 HiTech Electronic Displays has unveiled a new generation of LED technology that is lightweight, moldable, and can convert a standard blimp (otherwise known as an airship) into a giant floating television.

The display was created jointly by HiTech Electronic Displays of Clearwater, FL and American Blimp Corporation of Hillsboro, Oregon for its subsidiary The Lightship Group of Orlando, FL.

The display can easily be seen from as far as 2 miles away. “We now have an exciting new interactive media platform available day and night.” says James Thiele, president of American Blimp. “We’re very happy with the performance of this new display.”

The new American Blimp display features an energy-efficient design composed of lightweight heat-resistant, waterproof strips containing LED clusters. "The strips mold to the curves of the blimp but have a material behind the strips that levels the lights so that the sign looks flat," says Pardee.

HiTech Electronics' innovative system requires only 100 amps at 28 volts and can run off of a truck battery! The typical weight for a display of this size is 11,000 pounds. The new lightweight material and special engineering reduce the weight to less than 1,000 pounds, allowing the blimp to take flight.