JIANZHONG JIAO explains that LM-84 and TM-28 will enable long-term lumen maintenance projections beyond the LED light source level, similar to how LM-80 and TM-21 are used with LEDs. 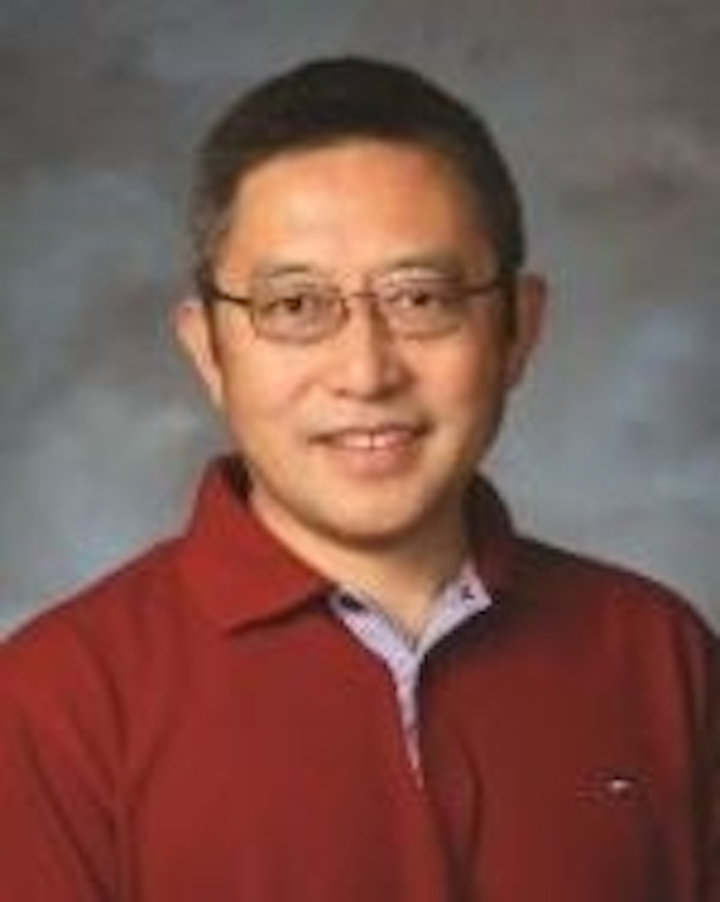 LED-based solid-state lighting (SSL), inherently featuring long useful lifetimes, has created an issue for the lighting industry. The industry needs a way to project the useful lifetime and specifically the system-level lumen maintenance of lamps and luminaires. Standards bodies are progressing on an approach that will combine LM-84 testing data on lamps and luminaires, with a new TM-28 standard that standardizes methods on projecting the measured data over longer lifetimes. The approach parallels the way the LM-80 and TM-21 are used to project LED component lumen maintenance.

In August 2011, the Illuminating Engineering Society (IES) published a document to provide the SSL industry with a recommendation for projecting long-term lumen maintenance for LEDs. The document, TM-21-11, reflects over three years of dedication and hard work by the experts on the IES Testing Procedures Committee (TPC). Though not perfect, TM-21- 11 gives users a consistent, reasonable, and reliable approach to make lumen maintenance projections for LEDs used in SSL products. This document is a useful tool for SSL product design, development, and qualification for manufacturers, specifiers, and qualifiers.

Because components other than LEDs, such as optical elements, also contribute toward lumen decay over time in LED lamps and luminaires, an SSL final product-level lumen maintenance test is also necessary. To that end, the IES TPC started to develop a new document, LM-84, to describe lumen and color maintenance testing procedures.

For SSL products — and some major components used in the products — common qualification and reliability tests used by manufacturers prior to a product being released are no longer sufficient for achieving a reasonable time to market. The longer lifetime of SSL products compared to other lighting products would make traditional lamp or luminaire testing impractical. Moreover, SSL products and some of their major components experience performance decay over long periods of time with a much lower catastrophic failure rate than other light sources. This long term performance decay behavior, usually measured by lumen or color maintenance, may not be tested within a period less than a fifth or sixth of claimed product lifetime via accelerated or over-stress tests.

Although in general we know that the lumen decay of LEDs or SSL lighting products may be accelerated via higher temperature, higher operating current, or other severe conditions, so far the experts in the industry have yet to agree on which acceleration factors can be standardized. As a result, in order to meet the SSL industry’s needs, experts have been developing several standards to describe testing methods for LEDs, lamps, luminaires, and possibly other components as well. These lumen maintenance- related tests are in addition to the commonly practiced qualification tests used by manufacturers.

Typically when measureable characteristics, such as luminous flux or color, are determined, these maintenance tests are running in normal operational and environmental conditions, but for much longer than qualification or stress test time periods. This is based on the idea that LED and SSL product performance decay behavior can only be authentically tracked with such tests if the acceleration factors are not standardized. There are no pass/fail criteria for these maintenance tests. Their goal is to record product decay results or operation failure of the product during the test.

The more important and more practical need is to correctly interpret the test results so that both SSL makers and users will know the product performance status after long-term use, e.g., 30,000 – 50,000 hrs. TM-21-11 has addressed the issue for LEDs. With LM-84 almost complete, the industry also needs a consistent, reasonable, and reliable approach to use the LM-84 test results to make projections. Thus, IES TPC is developing a new document, TM-28, to meet this need. The basic principles of TM-28 should be the same as in TM-21-11:

When TM-21-11 was developed, there was sufficient LM-80 test data available. At least 40 sets of such data — many of them for LEDs being tested over 10,000 hours — were used to evaluate each possible mathematical model to be considered in TM-21- 11, which makes the document credible. At the current stage, although IES TPC has obtained some LED lamp test data, LED luminaire test data are largely unavailable. Based on this situation, the experts in the TM-28 working group decided to first focus on the LED lamp lumen maintenance projection. In the first case, when there is 6000 hrs or more of LED lamp testing performed according to LM-84, thereby providing consistency with TM-21 requirements, the projection method described in TM-21 should be valid to apply to LED lamps. That includes the sample-size-related projection length, e.g., five or six times the test’s duration.

The question is whether data from LED lamps being tested with less than 6000 hrs can still be used to make projections. The industry would ideally like to reduce the test burden, both in time and in cost, of SSL products. Currently, some specifications, such as Energy Star, allow 3000-hr LED lamp test data to be used for prequalification. This 3000-hr time threshold is an engineering judgment call, but it serves a practical purpose.

The members in the TM-28 working group have proposed the detailed mathematical expressions and calculation procedures for use of 3000-hr LED lamp test data. These procedures are very similar to those described in TM-21. Because of the shorter test duration, more conditional usage of the projection method will be added. Realizing that there are always uncertainties and errors in the projections, and that exceptions do exist, the experts in the TM-28 working group are confident that a reliable projection approach can be established.

LM-84 and TM-28 should be used together similarly to the way documents LM-80 and TM-21 should be used together. These new documents will provide valuable information to the SSL industry and are a step forward from LED-source-based test and projection. With this new pair of LED documents, the industry will have a more consistent approach to capture or qualify SSL products’ lumen maintenance beyond the LED source level. The strategy presented here for LED and SSL standards development should also be applicable for other major components used in SSL products, such as remote phosphor devices and plastic optical elements — and these activities are on the horizon.