University of Illinois research yields flexible arrays of LEDs that could be used as medical implants, but that might find other more near-term practical applications. 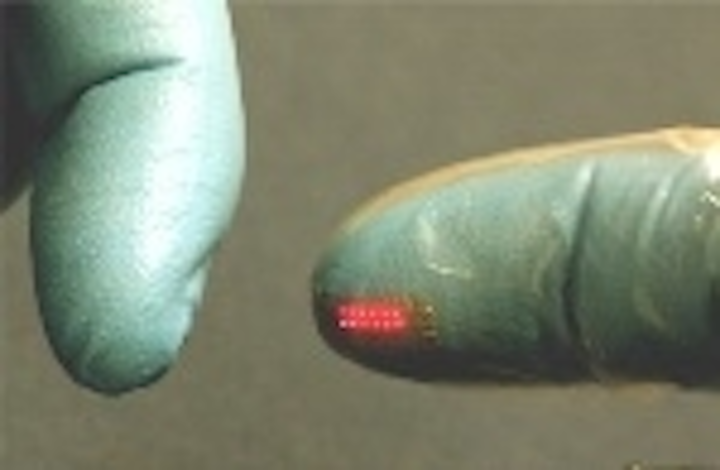 Both the trade and popular press have hyped the story coming out of the University of Illinois about flexible LED arrays that might be implanted in the body in various medical applications. The more interesting aspect, however, may be the manufacturing technique and how it might be applied to other applications. Indeed, the technique can deposit arrays on a variety of flexible materials ranging from aluminum foil to rubber to paper, and can support waterproof deployment.

The media has focused on the medical application because that is a potentially exciting idea and the research led by John Rogers was focused on that area. Scientific American has among the best accounts of the stretchable LED sheets developed by Rogers and his colleagues detailing applications such as photoactivated drug delivery.

The medical application, however, could be five or even ten years down the road. Moreover, it’s likely that implantable technologies remain the last choice in terms of how to solve a medical problem due to the cost of developing the technology and the potential risk involved.

The manufacturing technique developed by Rogers and his team, however, is quite ingenious and potentially useful in other applications. Indeed the researchers even wrapped a string of the LEDs around a thread.

LEDs are typically manufactured on a substrate such as a rigid semiconductor wafer. The University of Illinois team follows that typical path to create an array of LEDs on a wafer. The team then dissolves the top layer of the substrate freeing a planar stretchable LED array that can be transferred to other flexible substrates. For instance, the array can be encased in plastic or rubber for implantation in the body – or perhaps for underwater uses.

The manufacturing technique yields LEDs that measure 100 microns (micro meters) wide and only 2.4 microns thick. The conductive strands that connect LEDs in an array can be stretched or twisted.

Until now, organic LED (OLED) technology has been the primary option for applications requiring planar light sources with flexible properties. The new LED technology may or may not compete with OLEDs, but the latter still faces manufacturing issues that have gated volume production.

You may want to peruse the links on Rogers research web site to read additional accounts of the new technology. The media frenzy has speculated on applications as varied as illuminated tattoos.