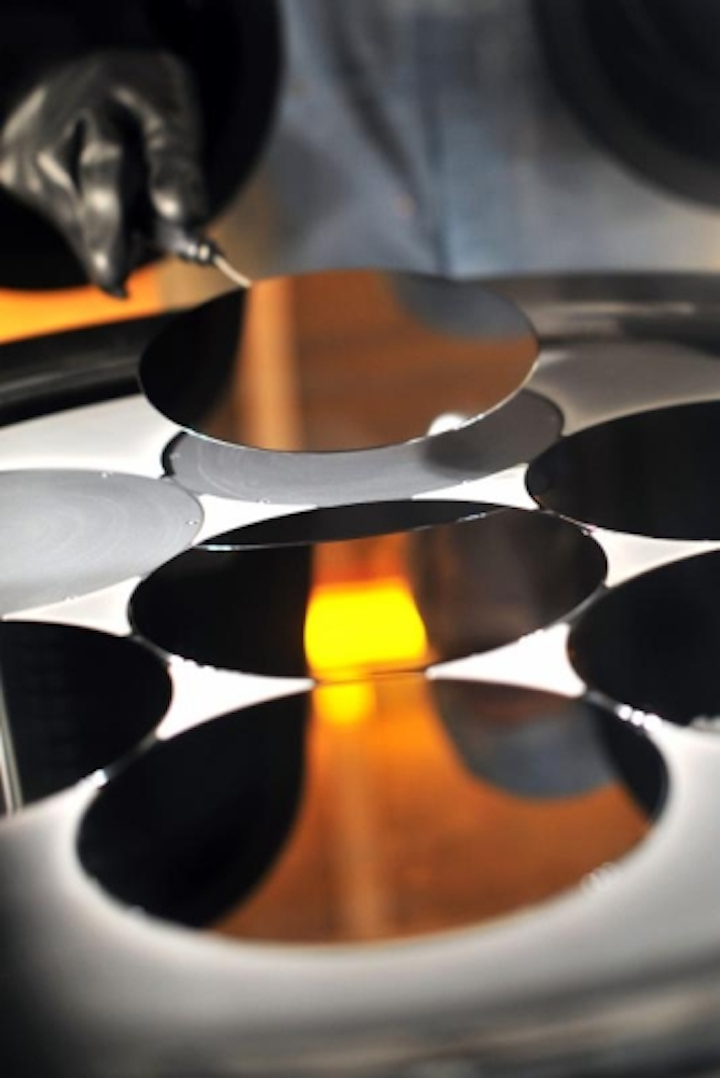 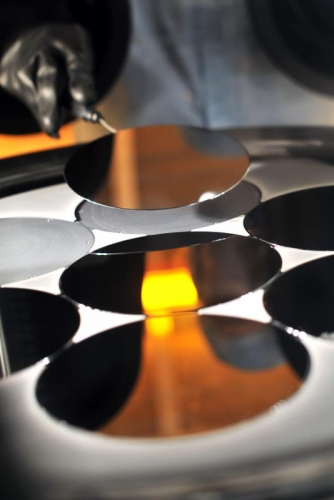 In our first LED business story, Plessey has been pursuing GaN-on-Si technology as a lower cost way to manufacture high-power LEDs for several years, although the company will now receive a grant from the UK Advanced Manufacturing Supply Chain Initiative (AMSCI) to advance the cause. The work will take place at Plessey's Devon manufacturing site as one of 20 AMSCI-funded projects totaling GBP 67 million (about $105 million).

"This project supports the work we have ongoing with Aixtron and Bruker to further increase the yield of our GaN-on-silicon process," said Plessey CTO Keith Strickland. "These improvements are required as part of our move to 200-mm (8-in.) silicon substrates. A 200-mm wafer has almost twice the usable area of our existing 150-mm (6-in.) wafers and therefore will almost double the number of LEDs produced for the same relative cost."

The idea that GaN-on-Si will enable lower-cost LEDs remains popular among proponents but is also equally contentious to others, at least in the short term. Our coverage of the keynote presentations from Strategies in Light 2015 includes a detailed analysis of GaN-on-Si LEDs relative to sapphire-based LEDs and the performance advantages of the sapphire substrate could yet make silicon a non-starter for LED manufacturing.

Plessey and others have successfully manufactured silicon-based LEDs, although the performance of such devices trails sapphire-based LEDs considerably. Plessey said last November that it had started volume manufacturing of 20-mm2 GaN-on-Si die on a 150-mm line. But the company must still close the performance gap and solve the transition to larger wafers to meet its goals.

Moving to the courts in our LED business roundup, the battle between Everlight and Nichia seems as if it will never end. Nichia has issued two press releases about rulings from a Munich, Germany-based court that apparently prevent Everlight from engaging in LED transactions based on claims that the Nichia YAG patents have been struck down.

Presumably, the German Court ruled that Everlight Electronics in the US and Everlight Electronics Europe will be fined for making incorrect statements about the validity of the Nichia patents that lead to new business for Everlight. Nichia asserts that the patent validity is still before US and German courts and that for now the patents should be respected by the market.

This latest activity relates to court wins that Everlight announced recently. In April, Everight issued news releases stating that US and German courts have found Nichia patents on phosphor-converted LEDs to be invalid. At the time, Nichia refused our request for a comment on the Everlight claims. But the latest Nichia action seems like a short-term attempt to extend its IP authority.

Finally, in the LED manufacturing area, Oxford Instruments made the announcement that Enraytek had placed an order for an unspecified number of PECVD systems. The PECVD systems are an alternative to the more widely used MOCVD (metal-organic chemical vapor deposition) systems used in LED manufacturing. Oxford has said the PECVD systems offer the advantage of a lower-temperature process and a simpler dry plasma tool-cleaning process.

"As one of China’s foremost LED design and manufacturing companies, cost-efficient and state-of-the-art processing equipment is key for Enraytek," said Xu Chunchao, vice president of Enraytek. "We chose Oxford Instruments systems following a rigorous selection process, as they could offer us the advanced technology, support, and cost of ownership we require."

Enraytek makes LEDs for both the display backlighting and general-illumination markets. The new systems will allow the company to manufacture LEDs on substrates up to 300 mm.