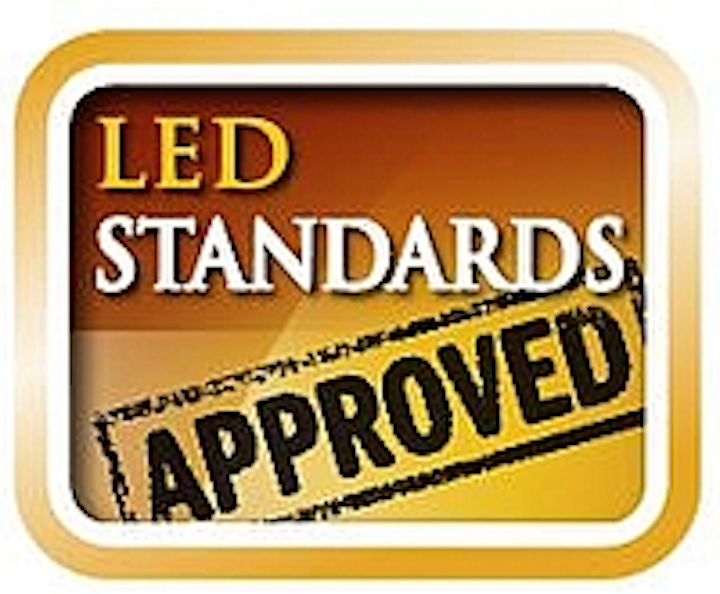 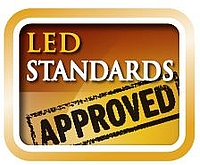 Work continues on three LED lighting standardsEven though LED lighting products should present an advantage in exceptional reliability, either with very long lifetime, as required in general lighting, or with profound robustness required in automotive lighting, developing widely-acceptable LED lighting product-level reliability standards has been challenging in the industry. In past years, the focus has been at the component level: e.g., LED source lumen maintenance test (ANSI/IES LM-80), lumen maintenance projection (IES TM-21), catastrophic failure rate projection (IES TM-26), and driver robustness test (ANSI C82.16). As for solid-state lighting (SSL) at the lamp or luminaire level, there remains much work to be done on reliability tests and projection standards, although we will examine recent progress here.

There has been a long debate in the industry regarding who should write LED lighting reliability testing standards and how. Reliability is often referring to a long lifetime with some assurance of performance or failure prediction. The lighting industry has many years of product qualification testing experience; however, commonly acceptable tests and methods are not readily known - e.g., how long should the tests be running? How should the test data be interpreted so the lifetime of the product can be projected? Finding a consensus for answering these questions has not been easy.

Most reputable LED and lighting manufacturers have conducted internal reliability tests voluntarily. The design for these tests is often based on product development and process experience, as well as field quality data, so selecting parameters for these tests may be considered a trade secret for each manufacturer conducting the tests. On the other hand, regulatory and market-transformation organizations such as Energy Star, DesignLights Consortium (DLC), the California Energy Commission, etc. all wish to have standardized approaches to allow comparisons for LED lamp and luminaire-level reliability measurements, including performance measurements, such as lumen or color maintenance and catastrophic failure rate. And lighting designers, specifiers, and end users further have the same desire for fair comparison purposes.

There have been several arguments in developing reliability test standards. The first argument involves "what" should be tested. The LED lighting products are subjected to various environmental impacts: temperature, humidity, dust, vibration, chemical corrosion, etc., as well as application impacts, including where the lighting products are used (indoor, outdoor), and power on and off cycles. A common denominator or minimum set of tests has not been agreed upon by all parties.

The second argument involves "who" should write the reliability testing standards. Even though the IES Testing Procedures Committee (TPC) has been developing many LED-related measurements and test standards, the question was raised whether or not product reliability testing fits within the IES TPC scope. The concern of some committee members, coming from a manufacturer, centered on whether LED lighting products are being over-tested if more testing standards are written. The third argument relates to the validity and feasibility of the reliability tests. Questions regarding how long the tests should be running and if there are any mathematical approaches that can be used to make projections of the lifetime using the test data have arisen.

Along the journey in developing LED lighting reliability test standards, the first initiative was taken in the globally-focused IEC (International Electrotechnical Commission). In September 2012, a new project (NP) proposal was initiated in the IEC to develop a performance standard that established a method and criteria for optimizing test duration of LED-based products for general lighting, making use of principal component reliability testing. The IEC NP plan was to include principal components: LED package and interconnects, optical materials, electronics, cooling systems, mechanical structure, etc. After four years of document development, the IEC has established a committee draft with the following scope: "The technical specification provides guidance for establishing confidence in product reliability using principal component testing of LED light sources and LED luminaires for general lighting. It includes methods and criteria using initial qualification tests and accelerated stress tests of principal components. The performance of any principal component will influence the performance of the final product. LED performance standards currently define reliability requirements for a restricted period of operation (e.g., 6000 hrs). For various LED product types (e.g., LED lamp, LED module, and LED luminaire) the relevant product performance standard will detail the full extent of the reliability assessment that is necessary. Techniques to validate full lifetime claims and lumen maintenance projection are outside the scope of this technical specification."

The IEC standard identifies the first principal component as the LED package. The document is written to determine if an LED package is capable of passing the specified stress tests. The stress tests are selected so that if the LED package passes the tests, it can be expected to give a certain level of reliability in general lighting applications.

For LED interconnect, the initial test performed is the vibrations variable frequency (VVF) test. The IEC further specifies the accelerated stress test (AST) - a test for interconnect with temperature cycling (TMCL). The objective of this accelerated stress test is to demonstrate the solder joints' integrity and stability against mechanical stress, caused by extreme temperature variations.

The next principal component in the IEC standard is the electronic subassembly. The initial tests include temperature and operation stress (PTC) and humidity and operation stress (HOT) test. The accelerated stress test is the temperature, humidity, and operation test. The IEC standard continues to list the tests for other components, such as cooling system and construction materials. For the final product level test, the IEC approach is to utilize the information from the component tests and apply it to the final products, using knowledge of principal component reliability in the final assembly; e.g., an engineering judgement call. For each principal component, the IEC standard provides the failure criteria. For example, the LED packages criteria includes the changes of voltage and color to certain extents before and after the initial tests.

The IES reliability standard development took an approach similar to the IEC NP. The first draft of IES LM-87 (to be changed to a TM document) focuses on the LED package level reliability or robustness tests that are under the over-stress test conditions. These over-stress test methods are provided in the JEDEC standards. The IES document defines failure, failure criteria, and LED package-specific test conditions. It identifies six over-stress tests that reflect general lighting applications: HTOL, TMCL, resistance to soldering heat (RSH), WHTOL, electrostatic discharge, and continuous switching cycles until failure tests. This group of tests is based on current industry best practices among LED manufacturers.

Although the results may not be directly interpreted as a quantitative measure of LED product reliability, they can indicate the robustness of the LED package. In turn, they help manufacturers to set and confirm product performance specifications. Parallel to the LED package-level reliability test development, the IES also proposed developing a document for LED lamp and luminaire level tests.

Choosing the critical variables to test LED lighting product reliability is essential for establishing standardized test methods and a possible projection method using test data. Under an industry consortium a few years ago, the Rensselaer Polytechnic Institute Lighting Research Center ASSIST (Alliance for Solid-State Illumination and Technologies) program initiated a project for an LED lamp reliability study. The ASSIST project's objective was to develop a test method that may help predict LED lamp life in any application by testing on/off power cycling with sufficient dwell time, and considering both catastrophic and parametric failure types.

The ASSIST project test method used setups based on on/off cycle and maximum operating temperature. Then the estimated average temperature difference between LED lamp and room (ambient) temperatures can be obtained. Using the established on/off cycle and average temperature differential, the test will continuously run to observe the failures of LED lamps, both catastrophic and parametric. So far, the ASSIST project test examples show that the lifetime of LED lamps depends on the application environment and use pattern.

Manufacturers have desired shorter test times to determine product lifetimes. According to ASSIST, what will be needed to implement a test for LED lamps is to identify a suitable average temperature differential and dwell time so the LED lamps fail due to failure modes usually present during applications. Overstressing will introduce additional failure modes that may not be present in typical applications and could lead to underestimating LED lamp lifetimes.

For example, ASSIST proposed a test procedure such that the time-averaged temperature is in the range of 75-85°C, and the total time for testing can be within 3000 hours. This proposed hypothesis requires verification by testing several LED lamps in the marketplace. When sufficient data (time to fails with respect to the setup parameters) is collected, the predictive model or projection can be established. The results of this study show a shorter timed test procedure can be developed to accurately predict LED lamp life in any application by knowing the LED temperature and the switching cycle.

All these reliability standards development activities demonstrate the importance of LED lighting reliability measurement. They also reflect the challenges and degree of difficulty involved in writing them. And writing a standard is not the goal. How the standard can be effectively used and assist with LED lighting commercialization is the purpose; thus, once developed, reliability standards must be widely accepted and practiced by the industry. Stay tuned for an update. 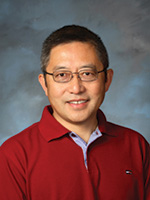 DR. JIANZHONG JIAO,an internationally recognized lighting expert, is an independent consultant for LEDs and lighting technologies. He has been actively involved in LED and LED lighting standard development activities, technical conferences, and industry consortia. Currently he serves on the IESNA Testing Procedures, Roadway Lighting, Computer, and Light Source Committees. He is also vice chair of the ANSI SSL Light Source Working Groups, and at present works with many other technical organizations, groups, and symposia, in addition to being a member of the Technical Panel of Strategies in Light. He can be reached at j_jiao@hotmail.com.