Vineyards and grain farms can scan grapes and cereals with an infrared LED-equipped smartphone to analyze food, water, and sugar content, using spectroscopy. 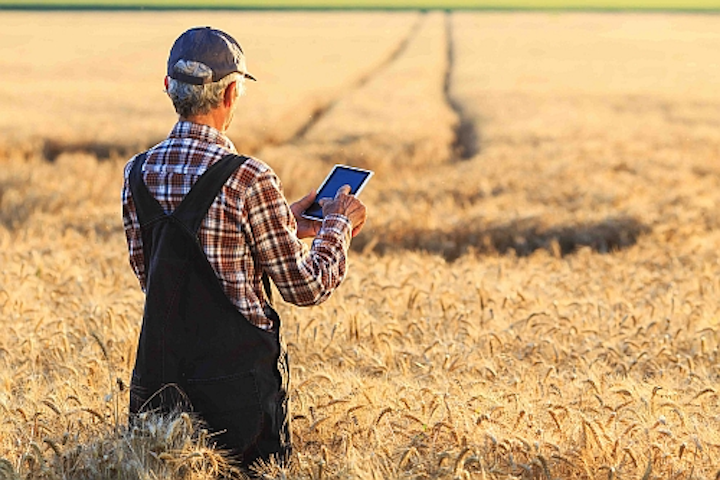 Vineyards and grain farms can scan grapes and cereals with an infrared LED-equipped smartphone to analyze food, water, and sugar content, using spectroscopy.

Osram has upped its game in the agricultural LED market, adding another near-infrared chip that reads the content of crops such as fruit or cereal to determine when they are ready for harvesting.

The new SFH 4736, part of Osram’s Oslon Black line, is designed to fit into a smartphone or tablet, and marks an improvement over Osram’s earlier SFH 4735 LED, which was positioned for the same horticultural niche.

Like the 4735 and other similar Osram chips, the new LED deploys near-infrared spectroscopy. In the case of the 4736, the technology scans a grain or fruit to ascertain the amount of sugar, water, and fat. Growers use this information to determine whether the crops are ready or whether they require more time before harvest.

Osram’s near-infrared spectroscopy chips shine infrared light on a subject and measures the light that reflects. By inference, the rest of the light has been absorbed in a manner that would be characteristic at certain levels of sugar, water, fat, and other substances. 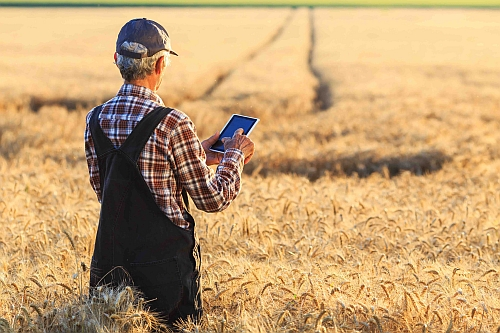 Using the readings of the reflected light, a database helps the smartphone or tablet to analyze the makeup of the crop at any given time.

Osram said an inherent lens in the new 4736 focuses much more light on the subject than did the 4735, which required separate optics. Thus, the 4736 LED receives much more reflected light to measure.

“Compared to SFH 4735 without a lens, we are achieving more than twice the output with the SFH 4736 in a solid angle of 80°,” said Carola Diez, senior marketing manager at Osram’s Osram Opto Semiconductors group.

Like other LED companies, Munich-based Osram has identified agricultural and horticultural applications as a key market for LEDs, so much so that it is the one market in which Osram plans to continue to offer luminaires — the company is otherwise exiting the luminaire market.

The SFH 4736 LED chip marks the latest in what has been a flurry of new Osram near-infrared chips this year, for various uses including horticulture and many others.

In September, it introduced the Synios SFH 4776, positioned to help consumers identify contents of apples and other foodstuff.

In July, with security cameras in mind, it added the SFH 4718A to its Oslon Black line.

That came a few months after it added six new models to the Oslon Black family for use in interior and exterior automotive applications. And in February, it introduced a 940-nm near-infrared chip that assists in facial recognition systems to unlock laptops, phones, and other electronic devices.

The company is building a strong portfolio of light-emitting chips as it seeks new digital markets. In addition to LEDs, the buildup includes VCSEL chips, an area in which Royal Philips has maintained a strong interest despite shedding LEDs and general lighting.