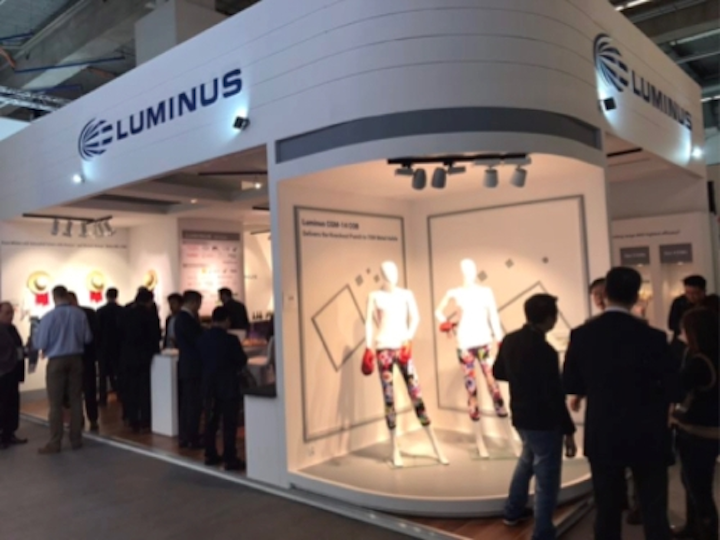 Samsung’s prior horticultural offering included a high-power red LED and some phosphor-converted white mid-power LEDs. The company has now added high-power white LEDs as well as the aforementioned monochromatic blue, red, and far-red LEDs that align with photosynthesis needs of plants as we have covered in a feature article on the topic. The additions to the product line mean that Samsung can now support applications ranging from top lighting in greenhouses or indoor growing chambers to indoor vertical farms that house layers of plants with lighting very near the plant canopy. 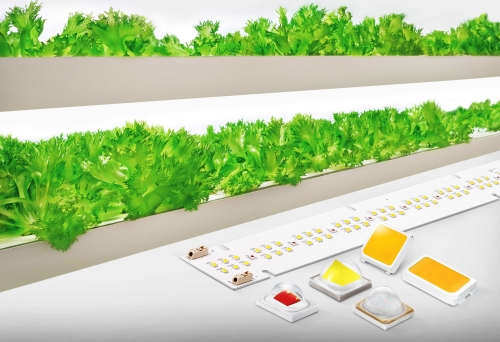 And at the same time, research shows that many plants do need the green and yellow spectral energy even if those bands aren’t specifically helpful for photosynthesis. Plus, the white light is easier for humans to work under. Still, Samsung will also support luminaire designs that produce monochromatic red and blue for applications that benefit from those isolated bands.

Samsung further said it plans to bring its smart lighting technology to horticultural lighting. For more than two years, Samsung has been offering its LED customers modular sensor, control, and communication products that can accelerate the development cycle for smart lighting products. “We plan to further expand our horticulture offerings by integrating the latest in smart LED lighting technology, including Samsung’s leading sensor and connectivity solutions,” said Kim.

The level 2 modules or light engines are yet another way that Samsung believes it can help its customers get to market faster in the horticultural sector. Indeed, the modules simplify the product design burden and come in form factors that match horticultural sector needs.

Moving to the general lighting sector, there are some specific product niches where SSL has struggled to match the light quality of legacy source. One such niche is in the CMH spotlights that are used in demanding applications such as retail, where stores want merchandise colors to pop and grab the attention of shoppers. Such demanding applications are the specific target for Luminus’ new Gen 4 COBs.

“We’ve seen LED replacements for lower wattage CMH lamps, but we’re finally able to displace the 70W lamp, which has been the go-to choice of many retail lighting designers when they need a narrow beam spot to make the merchandise sparkle,” said Tom Jory, vice president of illumination at Luminus. “Only Luminus Gen 4 COBs enable small-form-factor fixtures with the punch of 70W CMH in combination with our unique spectral tuning technologies AccuWhite and Sensus.” 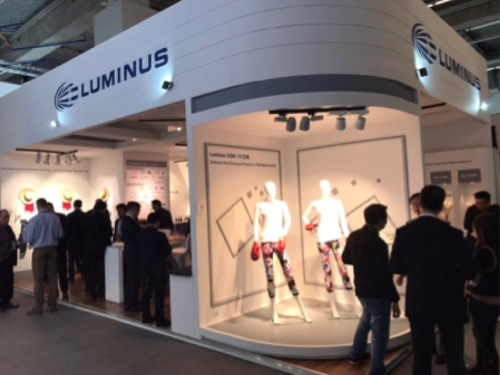 Luminus said the Gen 4 LEDs are unique in that they can reliably operate at a temperature of 120°C and when over-driven at three times the nominal current rating. The LEDs are said to maintain color and lumen maintenance over time even at such stressful operating levels.

Recent packaged LED news also came in the form of the Lux Award received by Seoul Semiconductor. The awards gala took place during the recent LuxLive event held in London and products across the SSL spectrum were recognized. The Enabling Technology of the Year Award was presented in association with LEDs Magazine to Seoul for the SunLike family. SunLike LEDs mimic the spectral power distribution of the sun across the visual range and offer potential benefits ranging from human-centric lighting to more vivid viewing experiences for visitors to historic sites.

And speaking of LuxLive, our European editor Mark Halper hosted a track at the conference focused on smart buildings over two full days. He reported that building owners and facility managers are still skeptical of the return on investment for human-centric lighting. And the presenters also discussed the slow uptake of Bluetooth Mesh technology for connected SSL applications, although the prevailing thoughts were that slow adoption has been mainly due to lack of available enabling components and that the mesh wireless scheme would soon become much more prominent.