Osram is building a new LED packaging facility in Wuxi, China and jointly announces with Samsung settlement of their worldwide patent dispute. 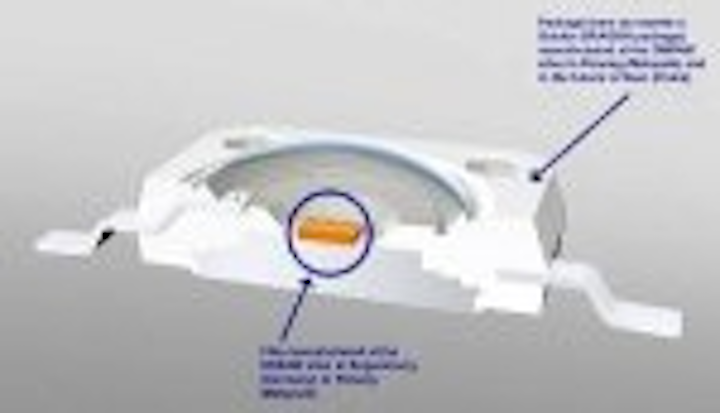 Osram AG and Samsung Electronics Co jointly issued a press release Friday August 17 announcing settlement of all worldwide patent suits between the two, and joint license agreements for their respective LED patent portfolios. Earlier, Osram had announced that it broke ground on a new LED packaging factory in Wuxi, China with plans to complete and activate the facility by the end of 2013.

Rumors of a settlement between Osram and Samsung had been reported throughout the week, evidently based on a filing with the US International Trade Commission (ITC), although the principals in the dispute kept quiet. The news release confirmed the development without providing many details other than stating that the suit dismissals around the globe should be complete by the end of August.

The tone of the release was decidedly conciliatory with the former combatants implying that they will work together in the future. "We believe the two companies now have an opportunity to significantly contribute to the LED industry and offer better products to our customers," said Namseong Cho, executive vice president and general manager of Samsung Electronics’ LED business. "With the patent suits now behind us, we look forward to building a strategic relationship with OSRAM on a number of different fronts."

While Osram and Samsung declined to discuss details of the settlement, that hasn't stopped speculation. The German Deutsche Welleweb site reported that Osram would receive a "considerable amount" in the settlement.

There have been a series of suits and counter suits between Osram and both Samsung and LG Group – both of Korea – filed around the globe. The ITC issued an initial determination in favor of Osram in the LG case earlier this summer.

Samsung may be relieved to end litigation given its larger patent fight with Apple in the smartphone space. Osram is likely happy with the outcome, although executives hid their feelings well. "We are glad to enter with Samsung in a new area of partnership-based competition," said Wolfgang Dehen, CEO of Osram AG. "We respect the intellectual property rights of other companies and it is our ongoing policy to reach license agreements with other manufacturers of LED products. Along these lines, we appreciate this out-of-court settlement with Samsung."

The new Osram factory in China, meanwhile, will cover 100,000 m2. Osram said it will ultimately employ 1600 employees. The new factory will help the company serve increasing demand for LEDs in the Asian market. Moreover Osram pointed out that China is the world's single largest lighting market.

"China is already today the biggest sales market with significant future potential" said Osram's Dehen. "The new assembly plant enables us to better participate in the strong market growth in China and further extend our solid position in Asia."

Osram will continue to manufacture LED chips in Regensburg, Germany and Penang, Malaysia. The Penang plant also performs the backend packaging process and the China factory will expand Osram's capacity in that area. The company said it expects the Penang plant to hit its capacity limit within two years.