Researchers at the University of California at Santa Barbara say that they have discovered how to formulate LED phosphors for better efficiency, while Cree has announced a licensing agreement with NNCrystal covering remote phosphor IP. 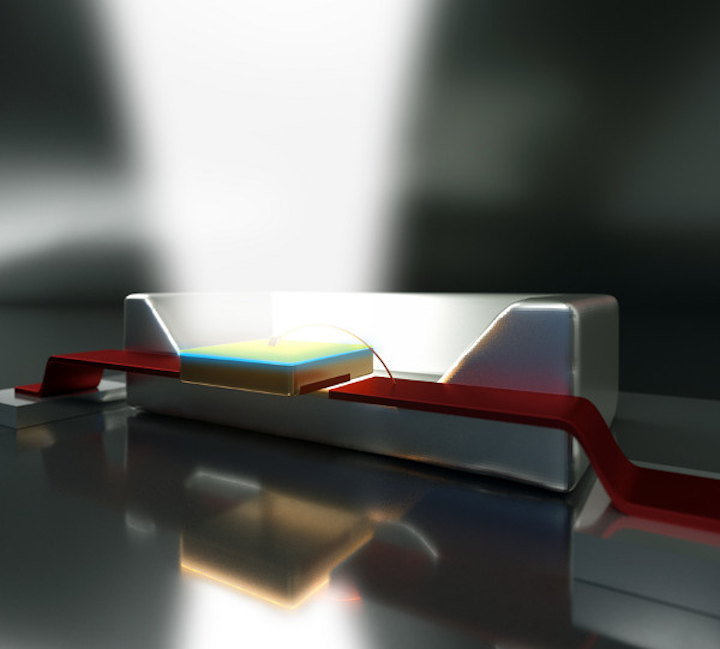 A team working at the Solid State Lighting & Energy Center (SSLEC) at the University of California at Santa Barbara (UCSB) has announced a breakthrough in phosphor research that they believe could allow LED efficacy to hit 300 lm/W. In other phosphor news, Cree licensed its remote-phosphor patent portfolio to NNCrystal, a set of intellectual property (IP) that Cree has maintained was fundamental to remote-phosphor-based solid-state lighting (SSL) products.

The UCSB team said that until now, phosphor formulation has been more art than science with relying on somewhat of a trial-and-error approach. The research used calculations based on density functional theory to determine that the rigidity of a crystalline host structure is a key factor in phosphor efficacy and in turn enables a scientific approach to building more rigid structures.

"These guidelines should permit the discovery of new and improved phosphors in a rational rather than trial-and-error manner," said Ram Seshadri, a professor in the university's Department of Materials as well as in its Department of Chemistry and Biochemistry. "In the wrong hosts, some of the photons are wasted as heat, and an important question is how do we select the right hosts?"

The research team has set lofty goals. "Our target is to get to 90% efficiency, or 300 lm/W," said Steven DenBaars, a professor of electrical and computer engineering and co-director of the SSLEC. The team noted that fluorescent lamps are only about 20% efficient. DenBaars added, "We have already demonstrated up to 60% efficiency in lab demos."

Moving to the remote-phosphor area, Cree had announced an IP package focused on the technology in late 2011 and essentially asserted that anyone building remote-phosphor products would require a cross-licensing agreement or an IP license with Cree. There has been little said on the topic since the initial five companies signed licenses back in 2011, but now phosphor-specialist NNCrystal (Hangzhou Najing Technologies, Ltd) has taken a license.

"NNCrystal and our customers respect the intellectual property of others and we recognize the value of licensing this important set of patents as the LED lighting market grows," said Kai Su, CTO of NNCrystal Corp. "The Cree remote-phosphor patent portfolio includes patents that address main concepts of remote phosphor-based light conversion and were originally filed by Cree more than ten years ago. The license includes rights to various patent families that are issued in many countries around the world, giving NNCrystal and our customers access to this important segment of Cree's patented technology."

"Cree is committed to developing innovations that support our customers and help drive LED adoption," said George Brandes, Cree director of intellectual property licensing. "Licensing of Cree's remote phosphor patent portfolio to NNCrystal is further proof that our intellectual property strategy is working. By providing access to Cree patents in this manner, Cree is facilitating the LED industry by providing an additional path for lighting OEMs to take in the production of high-quality, energy-efficient LED lighting."