Strategies Unlimited analyst Shonika Vijay explores the changing outlook of the general lighting market brought about by the growth in LED-based luminaires.

Connected outdoor lighting will be driven by data and controls

Strategies Unlimited analyst SHONIKA VIJAY explores the changing outlook of the general lighting market brought about by the growth in LED-based luminaires.

A lot of factors have been drivers in changing our lighting landscape, especially regulatory influences. With regulations such as the EISA 2007, inefficient technologies such as incandescent lighting are expected to lose their market share as they are slowly phased out or banned in regions. With California's Title 24 building energy-efficiency code, smart controls could become the standard, and this in turn will help drive adoption for LED luminaires.

Like LED luminaires, compact fluorescent lamps (CFLs) were once a disruptive technology. It was hoped that this technology could capture the market with its great energy savings, but it took more than 20 years for CFLs to reach appreciable market penetration. When CFLs were introduced to the market, they had disappointing color quality, awkward form factor, and low product quality. The US Department of Energy (DOE) has gone through tremendous efforts to ensure that this history is not repeated for LEDs. Initiatives such as the DOE's Roundtables on Solid State Technology, Caliper testing, and the L Prize competition have helped set higher standards for solid-state lighting (SSL), which in turn have affected adoption. 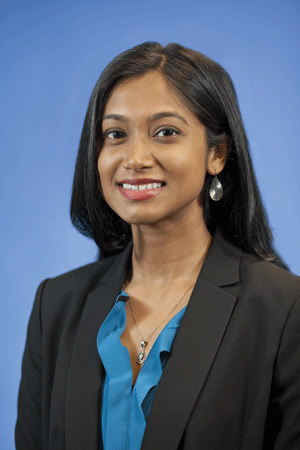 Aside from regulatory influences, LED luminaires have been successful due to their lighting characteristics, longevity, and energy efficiency. For instance, the directionality of LEDs makes them optimal for directional lighting applications such as downlights. And with LED luminaires being able to offer operating lifetimes of more than 50,000 hours, they have been an attractive option for municipalities, cities, and utilities looking to reduce energy costs along with saving on maintenance costs.

Through our interviews with end users such as lighting designers, architects, and engineers, we also found that these key players are becoming more comfortable in specifying LED luminaires for new commercial construction and large renovation/retrofit projects. The specifiers, especially in the North America, Western Europe, and Japan regions, do look for LED products that are backed by credible manufacturers and offer product warranties of three years or longer.

Fig. 1 shows the revenue breakdown by region, with North America, Western Europe, and China contributing to the majority of the shipments. LED lighting is seeing huge traction in the Chinese market. Chinese companies that were once solely traditional lighting manufacturers are being forced to produce LED lighting due to increasing demand or face the alternatives of consolidation or shutting down.

North America usually has high light quality requirements along with low average selling price (ASP) preference, and if customers are introduced to low-quality lighting products, they are very likely to shy away from that particular light technology.

The Japanese region has been at the forefront of adopting energy-efficiency practices, especially after the effects of the Fukushima Earthquake. As for Western Europe, with strict energy conservation targets as described in Europe's 20/20/20 climate change initiative and high energy costs, the region is expected to favor adoption of LED technologies even with high price points.

As urbanization increases in developing regions, we expect installation of LED luminaires in new construction to increase as well. Fig. 2 gives the global forecast for LED luminaires; Strategies Unlimited forecasts LED luminaires will experience an average annual growth of 11% from 2014 through 2022. Aside from LED luminaires, we do not anticipate major growth in incumbent technologies. All other technologies are expected to face steady declines during the forecast period, with high-intensity discharge (HID) and incandescent luminaires declining the fastest at 14% and 10%, respectively.

What's next for LED luminaires?

We do not anticipate drastic price declines or energy-efficiency improvements in incumbent technologies such as halogen, incandescent, fluorescent, and HID luminaires. However, LED luminaires are expected to increase in efficiency over time, and we also expect the bill of materials such as the thermal management components, optics, and LED packages to decline over time. As the ASP of LED luminaires decreases, this in turn would further increase their penetration into the market.

A few luminaire form factors already seem to have favorable traction for LED technology. LED downlights have been in the market long enough to have gained product credibility, and their payback is usually from one to two years in most applications if interactive heating and cooling effects, energy savings, and maintenance costs are taken into account. High LED luminaire ASPs are still a barrier for luminaire form factors such as troffers and high bays. ASP is not the only barrier to adoption for some luminaire form factors, but depending on the application it could be a big turn-away point for customers.

LED troffers are still overcoming light-quality consistency issues when in operation for an extended period of time. However, as ASPs decrease and LED luminaires are able to meet and exceed light requirements in terms of lumen output and light quality, we again expect LED luminaire penetration to increase.

SHONIKA VIJAY is the analyst for the outdoor and replacement LED market at Strategies Unlimited (strategies-u.com).