The US DOE has selected a National Laboratory Center for Solid-State Lighting Research and Development and is investing $5 million in R&D projects relating to LEDs and nanotechnology. 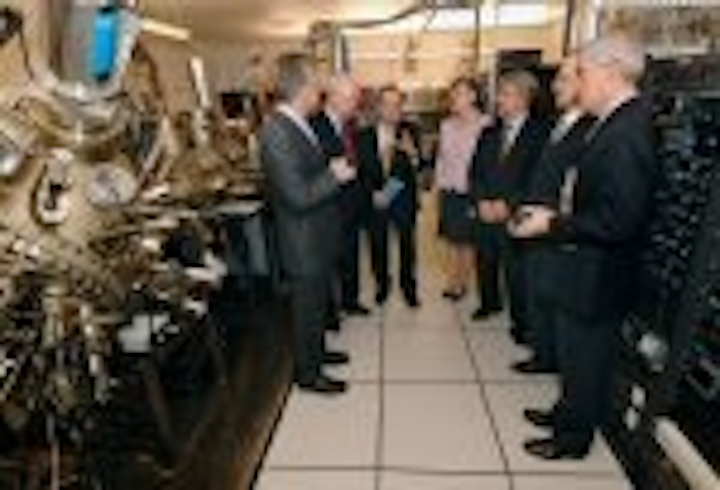 The US Department of Energy has selected a National Laboratory Center for Solid-State Lighting Research and Development, and has also announced $5 million in funding for projects to be carried out at its national laboratories.

The National Laboratory Center provides technical administrative support for competitively selected solid-state lighting (SSL) research projects in nanotechnology, and will be run by the Center for Integrated Nanotechnologies (CINT), jointly operated by Sandia and Los Alamos.

The announcement was made at Sandia Labs by US Department of Energy (DOE) Secretary Samuel Bodman, who also revealed that DOE will provide funding of $5 million for seven research projects in solid-state lighting, including $2.6 million for four Sandia projects. The funding comes from DOE’s Office of Energy Efficiency and Renewable Energy.

“The research will be conducted at the new nanotechnology centers at our national laboratories,” Bodman said. “This is part of nearly $20 million we are committing this year to support research and development efforts in this rapidly emerging technology.”

Bodman said that solid-state lighting offers excellent prospects for meeting future lighting needs in a less costly, more efficient way than today’s incandescent and even fluorescent fixtures. He added "We at the Department of Energy want to see it fully developed as quickly as possible."

Bodman also said that solid-state lighting presents an excellent opportunity for the US to assume a leadership role in an emerging industry that can generate thousands of high-paying, high quality jobs in the years ahead. Other speakers noted the importance in reducing the consumption of crude oil from overseas.

New projects
The seven new projects funded by the DOE are as follows:

Recipient: Sandia National Laboratories
Title: Investigation of Surface Plasmon Mediated Emission from InGaN LEDs using Nano-patterned Metal Films
Summary: This project proposes to develop a high efficiency LED structure taking advantage of surface plasmons. Surface plasmons are electromagnetic waves at the interface between a metal and dielectric (semiconductor) which have been shown to improve light emission by as much as 90 times in specialized, optically pumped LED structures. This project aims to develop electrically injected devices which benefit from the plasmon effect.