Reading lights in the KwanJeong Library are now equipped with 1100 OLED SSL panels in one of the largest deployments of the planar technology globally. 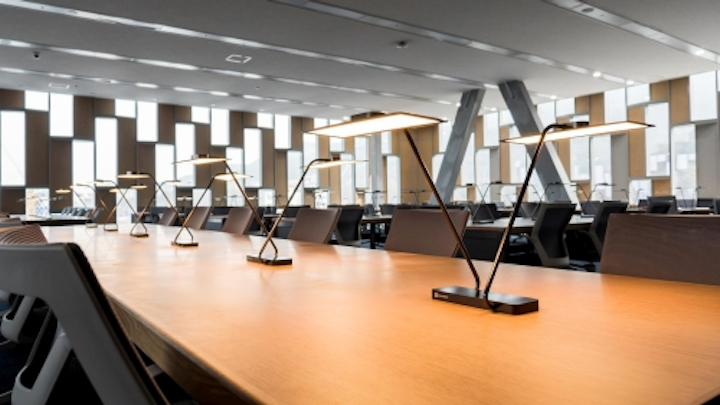 Reading lights in the KwanJeong Library are now equipped with 1100 OLED SSL panels in one of the largest deployments of the planar technology globally.

LG Chem has announced that it supplied 1100 OLED light panels for reading lights used in Seoul National University’s new main library. The combination of energy efficiency, glare-free light, and the aesthetics of the reading lamps led to the selection of OLED technology despite the fact that it remains significantly more expensive than LED technology. 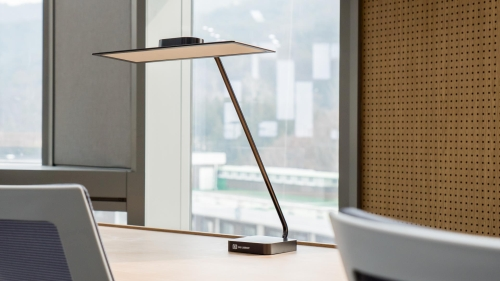 The university said that the sleek design of the reading lights matches the new library's "cutting-edge architecture." Still, the quality of the light was paramount in importance given the application. The library administration said the goal was to minimize eye fatigue and added, "OLED lighting is the best lighting option for the library’s study areas since it protects the eyes while offering a soothing and simple design, and we selected LG Chem’s lighting products because of the company’s technology leadership in the sector."

To date, OLED solid-state lighting (SSL) technology has trailed LED light sources in terms of efficacy and lifetime, while also remaining more expensive, as we covered in a feature on the topic. But OLEDs do offer efficiency advantages relative to legacy sources and in certain applications can be dramatic in function and style with the inherently-diffuse panel distribution. Moreover, prices are clearly coming down, as indicated by Acuity bringing products to the US retail market recently.

OLED performance has improved as well. The 320×110-mm panels used in the library lights deliver efficacy of 60 lm/W and are rated for 40,000 hours of life. Those specs would place the SSL products in the lower tier of LED-based products on the market, but in the SSL game for sure. Furthermore, you couldn’t easily achieve the sleek design of the lamps with LED technology. 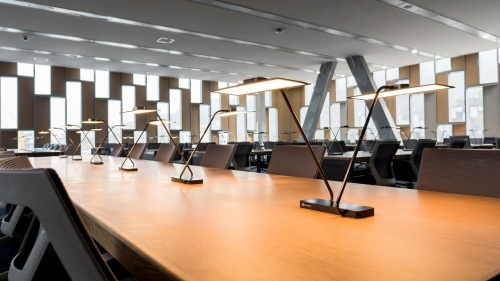 LG Chem said the lamps deliver a maximum of 850 lx and include dimming controls than can smoothly take that level down to 300 lx. Legacy reading lights used in similar applications deliver 300–600 lx, according to the company.

We certainly expect more deployments of OLED technology this year. At LightFair International (LFI) last year, LG Chem said it was dropping prices to 33% of prior levels. Moreover, there have been numerous announcements in the industry indicating performance improvements. In October 2014, Philips Lighting announced brighter panels and cost reductions.