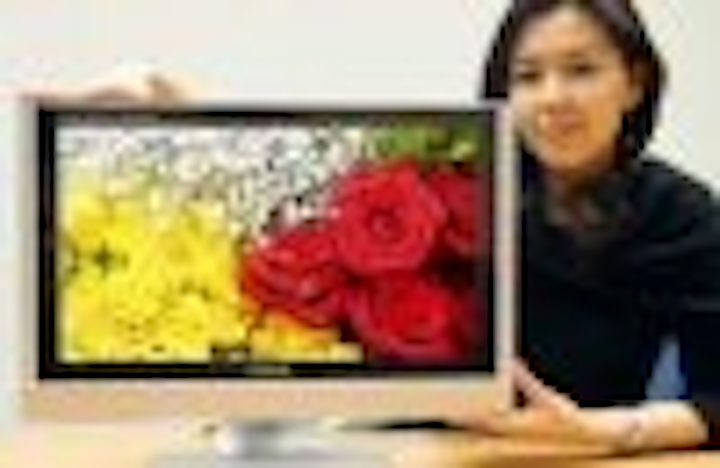 The active matrix OLED display has a resolution of 6.22 million pixels and features low power consumption and high resolution.

Organic LED screens generate their own light, eliminating the need for back lighting and allowing equipment makers to develop slimmer and more power efficient monitors.

Inorganic LEDs are used as backlights for LCD panels, particularly for the very small screens in mobile phones and other battery-operated appliances. LED backlights are also being used in larger, high-resolution LCD monitors and televisions (see LEDs attempt the jump from small screen to large screen).

Samsung said its new portable OLED display would be used for televisions and computer monitors. The panel, an upgrade on its own 15-inch product, uses technology that can be easily mass-produced on the company's existing LCD production lines.

"With the development of the world's largest OLED, Samsung has achieved a technological advantage and is positioned well to be a leader in the market for large-sized OLEDs for TVs," said Jun-Hyung Souk, senior VP of the LCD research and development center at Samsung.