Bastiaan de Groot, who has spearheaded many smart lighting initiatives, is now CEO at Amsterdam-based Ingy. 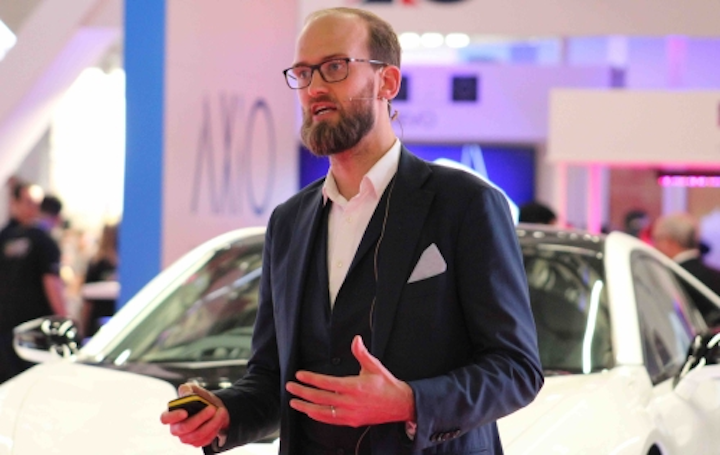 Bastiaan de Groot, who has spearheaded many smart lighting initiatives, is now CEO at Amsterdam-based Ingy.

A top executive at Feilo Sylvania who is a key figure in lighting’s charge into the IoT and data world has left the company to launch a Dutch startup specializing in smart buildings, LEDs Magazine has learned.

Interested in articles & announcements on IoT developments and smart lighting?

Bastiaan de Groot, who as Feilo’s global director of strategy and new business development has spearheaded its innovative use of sensor-equipped, data-gathering lighting geared at improving facilities operations, will now take those skills to Ingy, a small privately-held Amsterdam company where he is CEO.

Those activities echo de Groot’s work at Feilo, where he, like other lighting industry pioneers, advocated the use of the lighting infrastructure as a veritable IT network constantly monitoring building activity and prompting operational changes to make building use more efficient.

De Groot, who has a master’s degree in artificial intelligence, has insisted that the leading use for smart lighting is to give property managers keen insights on how to rearrange space in an office — everything from reassigning under-utilized conference rooms to selling or renting rooms that lack purposeful activity.

While such Internet of Things (IoT) lighting systems serve other purposes as well, like making the lighting itself more efficient, de Groot has long been adamant that the facilities insights gleaned from analyzing data collected by the lights represent its chief value. In May 2016, he told LEDs that the “value of data collected by lights will be far more important” than illumination, which will sink to fifth place among lighting applications. 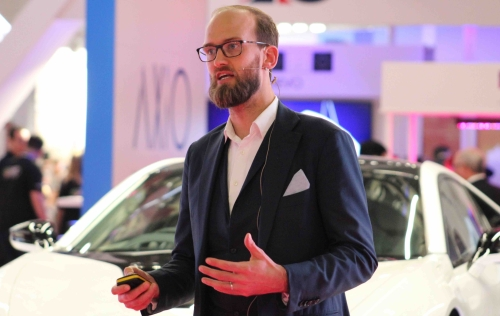 “We believe that the value of the data is around 12 times bigger than the value we create in terms of reducing the energy consumption in the building by installing energy-efficient lighting,” de Groot told LEDs as the company announced an implementation at the Delft headquarters of Dutch standards institute NEN. “We can see exactly how buildings are being used over time. So we can see what meeting rooms are being used, by how many people, and we can start advising our customers on the efficient use of their real estate. And we believe that information will generate significant benefits to our customers in terms of their ability to reduce their square-meter footprint of their organization.”

De Groot and Feilo Sylvania CEO Christian Schraft reiterated the primacy of real-estate related data in an interview with LEDs earlier this year.

Since 2016, the company’s showcase account in that area has been the NEN site. It’s not clear how many similar smart-building projects Feilo has landed. The industry in general seems to be making slow progress in its IoT initiatives.

During his two years at Feilo, de Groot help establish a systems integration program called SylSmart to forge partnerships with technology companies; helped establish a financing scheme to assist commercial users in complying with government energy directives; and opened two innovation centers, one in London and the other in Budapest.

LEDs is waiting to hear from Feilo Sylvania on whether it is replacing de Groot, and for a status report on the integration and financing programs and on the innovation centers.

At one point during his tenure at Feilo, conjecture surfaced that Feilo Sylvania might be interested in purchasing GE’s smart lighting and energy group, called Current, a move that would broaden Feilo’s IoT endeavors.

In April he presented on smart lighting at a Luxembourg TEDx conference that was co-sponsored by the Dutch bank Ing. It’s not clear whether his startup, Ingy, is connected to Ing, the Dutch bank.

LEDs hopes to bring you more on this story soon.