Current, powered by GE; Intel; and AT&T have teamed with the Portland Bureau of Transportation and utility Portland General Electric to install wirelessly-connected sensors on busy streets to monitor vehicular and pedestrian traffic with the aim of increasing safety. 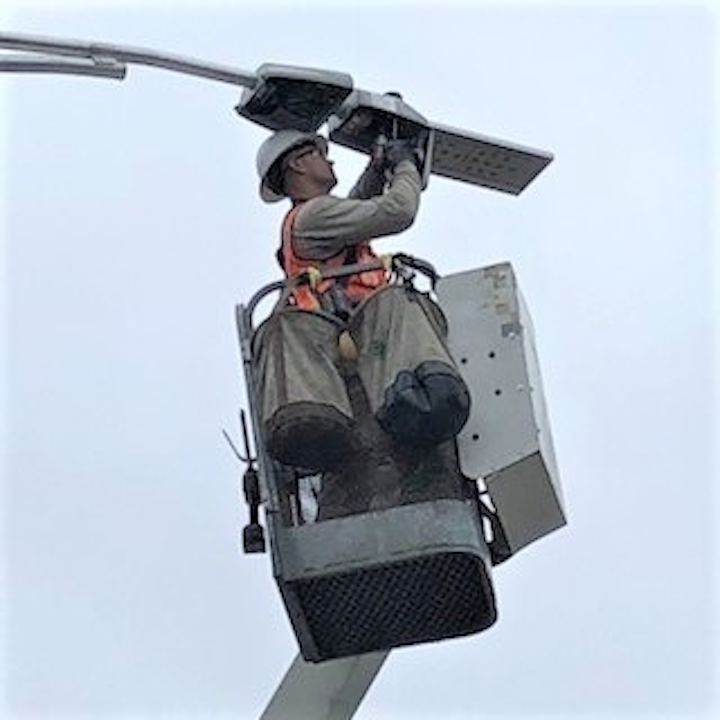 Current, powered by GE; Intel; and AT&T have teamed with the Portland Bureau of Transportation and utility Portland General Electric to install wirelessly-connected sensors on busy streets to monitor vehicular and pedestrian traffic with the aim of increasing safety.

The city of Portland, OR has begun the installation of 200 traffic sensors on street lights covering three dangerous and busy streets, hoping to ultimately reduce the number of accidents on the streets. The project is being undertaken as part of the city’s Smart City PDX initiative that is focused on the use of data and technology to improve the lives of its citizens. The Portland Bureau of Transportation (PBOT) and utility Portland General Electric (PGE) are implementing the Internet of Things (IoT) project. working with Current, powered by GE; semiconductor giant Intel; and the AT&T wireless business unit.

Ironically, we often write about outdoor smart lighting or smart city applications in the context of an installed connected LED street-light framework. Connectivity can deliver energy savings beyond what can be gained by a transition to LED sources, by dimming the street lights late at night when activity levels are low, and further savings are possible through automated maintenance and commissioning. We have covered such projects in articles written about the IES Street and Area Lighting Conference. And once connectivity is present, the smart street light becomes a perfect host for smart city applications. A number of solid-state lighting (SSL) companies have been pursuing such opportunities including Current, Signify (formerly Philips Lighting), Acuity, and many more.

But in the Portland case, there was apparently no connectivity present in the street lights prior to the new sensor project. The sensors being installed will be connected over the AT&T LTE wireless network. It seems the street lights were simply a good place to mount the sensors and of course power was available for the sensor.

The 200 sensors are being deployed on Southeast Division, 122nd, and Southeast Hawthorne Streets. The sensors will record counts of vehicles and pedestrians and track vehicle speeds 24 hours a day. The PBOT traffic engineers will mine that data looking to increase safety and optimize traffic flow. 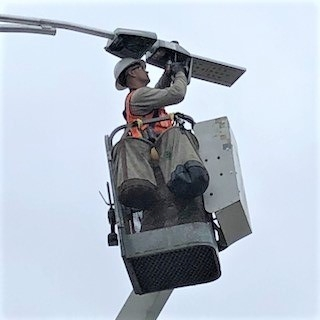 Portland Bureau of Transportation is working with Current, Intel, and AT&T to outfit its street lights with smart sensors that monitor traffic data.

“Portland is leading the country in this important data effort,” said Mayor Ted Wheeler. “We are at the forefront of using advanced technology to make our cities safer for pedestrians, cyclists, and drivers, helping people more easily get around, save time, and reduce the possibility of crashes. This pilot is a significant step in acquiring and utilizing data to make critical decisions.”

Of course, cities have used many less sophisticated schemes to monitor traffic volume. But the wireless sensors will provide far more detailed data and a convenient way to gather it. “Designing safe streets starts with good data,” said PBOT director Leah Treat. “Until now, collecting this data was time and volunteer intensive. Now with these smart sensors, we can get real-time data about how Portlanders are using our streets. As a result, our traffic engineers will be smarter and Portlanders will be safer.”

The sensors being deployed were manufactured by Current and are part of the CityIQ smart city technology platform that also includes an application development platform, connectivity support, cloud APIs (application programming interfaces), and application programs supplied by Current or its IoT ecosystem partners. The company has announced more than a dozen such partners over the past few years.

In a CityIQ Business Brief, Current said it can support emergency response, vibration/seismic detection, audio/gunshot detection, environment/weather monitoring, video, and Wi-Fi hotspot applications on the platform. The CityIQ sensors being deployed in Portland are based on Intel IoT enabling technology including Intel Atom microprocessors and Intel security software.

Current said the CityIQ system being installed in Portland is upgradeable to support emerging applications. Such CityIQ applications would run on the AT&T cloud with analytics enabled by Current’s Predix software platform.

“Portland is a great example of how every city is able to tailor their solution to meet specific challenges and opportunities,” said Austin Ashe, Smart Cities general manager at Current. “For example, we will be working with Portland to extract bicycle data to better understand the bicycle traffic volume and cyclists’ interactions with vehicle and pedestrian traffic to improve safety for all.”

Current and AT&T have partnered on other smart city projects. For example, we covered a project in Atlanta, GA last year involving 1000 wirelessly connected street lights. Indeed, AT&T can distribute the CityIQ sensors in North America.

The Portland project will cost just over $1 million. It included the need to upgrade the mast arms on the poles. Funds came from general transportation revenue in the city and unspecified contributions from the companies involved in the project.