The new SunTrac A19 LED lamp ratchets the blue up or down depending on the time of day. Meanwhile, a lively discussion is brewing over the impact of spectrum versus the amount of light. 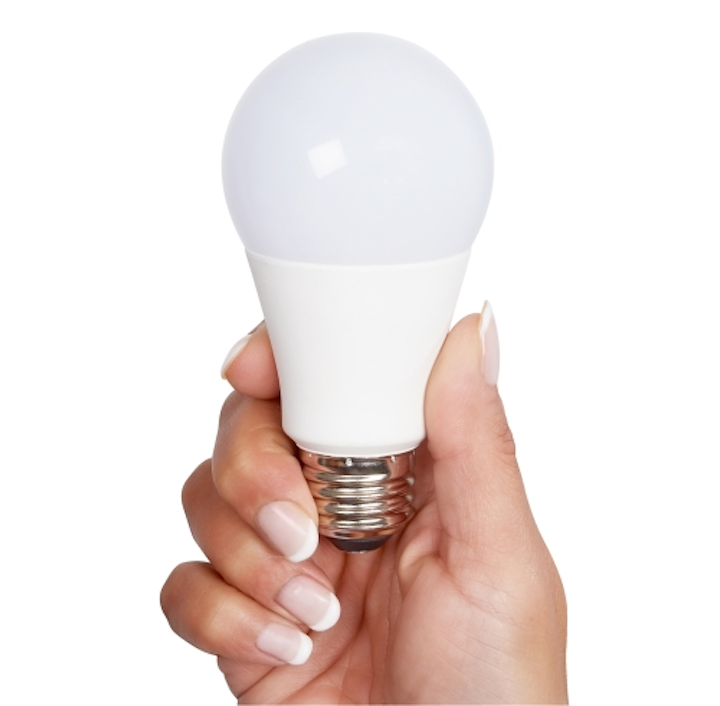 The new SunTrac A19 LED lamp ratchets the blue up or down depending on the time of day. Meanwhile, a lively discussion is brewing over the impact of spectrum versus the amount of light.

Healthe Inc. has added an LED bulb to its line of circadian lighting products that can dynamically change spectral output over the course of the day, delivering what it says are invigorating blues in the morning and minimizing the blues in the evening for relaxation.

Cocoa Beach, FL-based Healthe is positioning SunTrac both for the home and commercial LED lighting markets, initially in North America.

Users have several options for controlling the bulb, which has a standard E26 screw fitting. On the simpler side, they can toggle between the three settings via a wall switch, a lamp’s turnable knob, an app, or with a Bluetooth wireless switch. The app and Bluetooth switch can also alter the brightness. The Bluetooth switch can be wall mounted or sit on its own. It is powered kinetically — charging itself in response to human touch, as opposed to requiring batteries or wires.

A more dynamic option connects the bulb to Healthe’s matchbox-sized GPS device called SunLync, which tracks the bulb’s position in relation to the sun, and adjusts spectral output to one of the three settings accordingly, communicating with the bulb wirelessly via Bluetooth. It triggers changes from the day to the afternoon to the night setting, and back to day after a user turns on the light in the morning. Each time, it instigates gradual shifts that are imperceptible to the human eye as they occur. 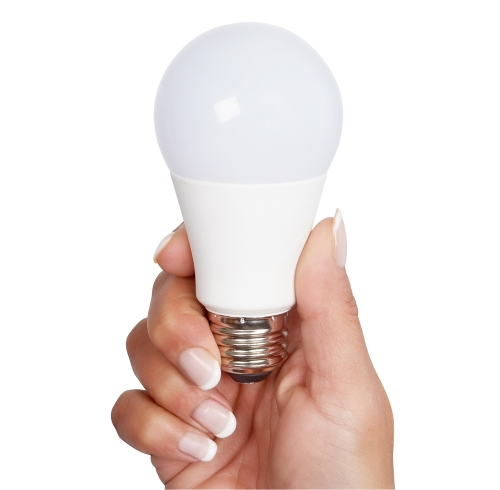 The SunTrac A19 LED bulb (top) will respond to information from the SunLync GPS device or to clicks of a Bluetooth switch (both pictured below). Users can also control it with an app or a standard wall switch or light switch. (Photo credit: All images courtesy of Healthe.) 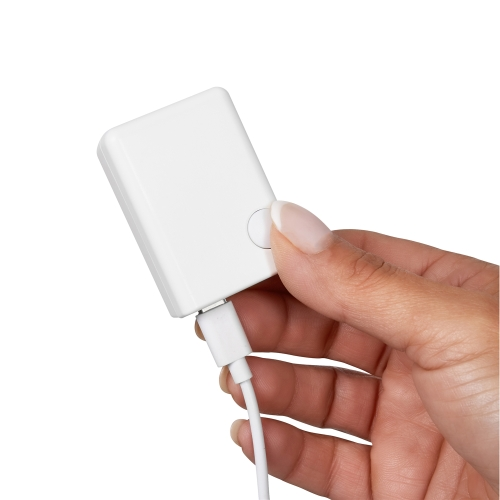 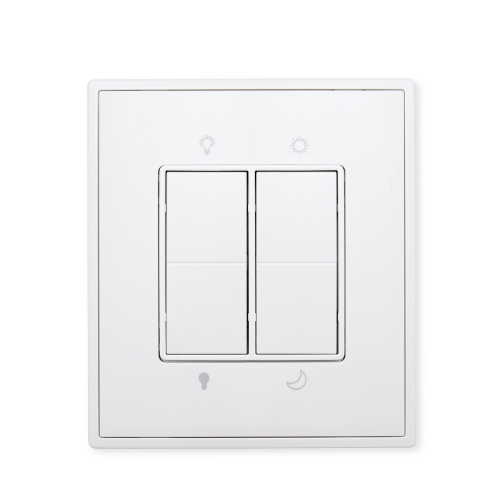 “There’s no sudden jump between the settings,” Healthe CEO Khim Lee told LEDS Magazine. “It’s important, because during the transition period in the evening time, most users wouldn’t want to have a sudden shift from one spectrum to the next.”

Healthe is developing a feature that will allow users a greater degree of scheduling the shifts. The system today does not automatically turn on the lights in the morning, for instance.

At $30.99, SunTrac is pricier than the GoodDay and GoodNight LED bulbs, both of which remain in the Healthe line, priced at $12.99.

The Bluetooth controller also adds to the price, as Healthe has tagged it at $83.99.

Healthe is also offering a $120 package that includes the SunLync device plus two SunTrac bulbs. It is selling the new products through its own website and also soon through Amazon, where it will continue to offer GoodDay and GoodNight. Those two bulbs are also available through Sleep Number, the smart bed and mattress company. Healthe plans to soon sell SunTrac in Europe and China as well.

While $30.99 is not expected to appeal to a mass market, the hope is that early niche use will help establish the concept of circadian lighting and lead to price reductions and broader adoption.

Healthe is owned by private equity-backed Warwick, RI-based Lighting Science Group (LSG), which now serves as a holding company after spinning off Healthe and other former divisions into standalone outfits.

The LSG companies have long been pioneering circadian lighting, which is still an emerging field. LSG’s work goes back at least as far as 2013, when NASA contracted the company to help develop a system for the International Space Station.

Many lighting companies are now carving out a circadian lighting strategy that reduces blue spectral output at night and increases it during the day. Blue has been linked to the suppression of melatonin, a hormone released at sleep time. It has also been linked with melanopsin, a pigment in the retina that sends stimulating signals to the brain’s master clock.

Healthe’s SunTrac provides an enriched amount of blue spectral content between 470 and 490 nm during the day — particularly at 480 nm — and tones down that spectrum in the evening, Lee said.

In a contentious finding that has recently rattled the world of circadian lighting, Rensselaer Polytechnic Institute’s Lighting Research Center (LRC) cast doubt on the relative importance of blue in disrupting circadian rhythm. It found that the amount of light at night has a much bigger effect than the spectral content.

The report, first published in March in the Journal of Biological Rhythms, has triggered a backlash among vendors and scientists defending the spectral theories. LEDs Magazine will be covering the ongoing controversy.