Four years after pioneering indoor positioning, and with the technology now installed across many of its 1845 stores, the retailer acknowledges its supplier. Is asset tracking next? 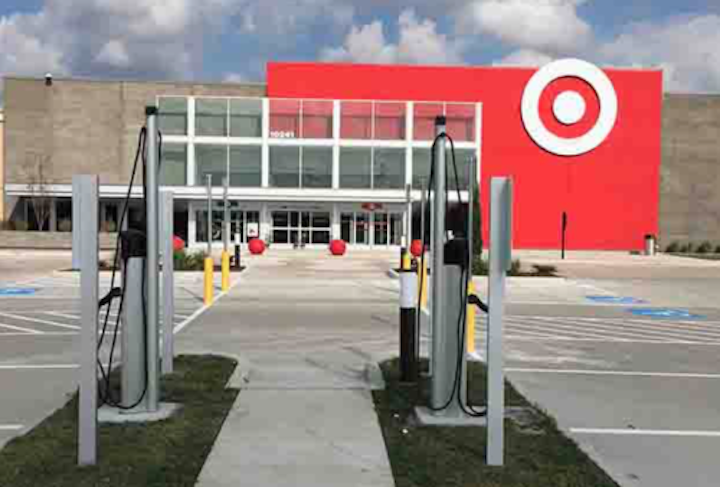 Four years after pioneering indoor positioning, and with the technology now installed across many of its 1845 stores, the retailer acknowledges its supplier. Is asset tracking next?

The worst-kept secret in lighting and retail is officially no longer a secret: Target Corp., a pioneering user of lighting-based indoor navigation systems, has finally confirmed that it gets the technology from Atlanta-based Acuity Brands.

Target has over the last couple of years identified Acuity as its LED illumination provider. But for whatever reason, it has always publicly refrained from recognizing Acuity as the indoor positioning systems (IPS) provider, even though Target has confirmed that it has deployed IPS at many of its 1845 stores.

That changed a few days ago, when Target wrote in a public-facing blog that Acuity is the company behind the lighting technology. IPS, an Internet of Things (IoT) technology, can send maps and directions to in-store shoppers” phones, helping them locate everything from toothpaste to ketchup to shirts, and offering promotions.

“Brightening our aisles isn’t the only thing these lights can do,” the blog states. “Thanks to our partner, Acuity Brands, they also have built-in digital technology that interacts with the Target app for guests who opt-in, helping map their way through the store on a mobile phone. Think of it as GPS for your shopping experience!”

It only took four years for Target to say so. 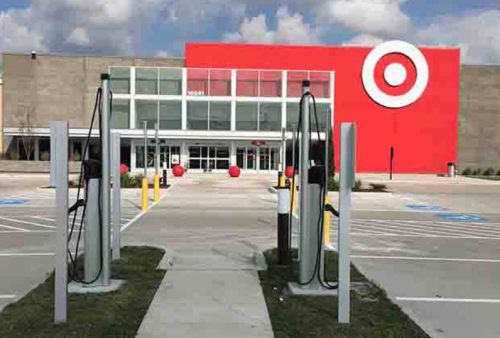 Target said it will begin to install LED lighting in parking lots and stock rooms. It did not say whether those lights will have IoT features. Above, a Target parking lot with electric vehicle charging. (Photo credit: Target.)

The cat first crawled out of the bag four years ago in April 2015, when this writer broke the story that Target was trialing lighting-based IPS, and hinted that Acuity as well as one or two other companies could have been the provider.

By October 2017, when Target said it would install IPS in nearly half of its stores over the next two months, the company still stopped short of verifying Acuity as the technology provider, although LEDsMagazine was reporting it as fait accompli.

LEDs has followed the many twists and turns, including a story in late February when we pointed out that Target was the one known example of a retailer deploying IPS across hundreds or more locations, rather than simply trialing it at a handful of stores.

In Target’s early IPS trials, it had experimented both with the radio technology of Bluetooth and with the more accurate lighting technology of visible light communications (VLC). To this day, it embeds both technologies in the Acuity lights, but it has chosen to only switch on the Bluetooth.

Target has not said why it is holding off on VLC. Some observers have speculated that it’s because users would balk at opting into an unfamiliar technology that requires access to their camera — VLC works by sending data through LED light waves to a smartphone’s camera — whereas they would be more likely to opt in to Bluetooth, a familiar technology commonly used in phones for other purposes, such as music.

VLC also requires that a user constantly point the phone upwards toward the lights, while Bluetooth can receive signals from any position, even when in a purse or pocket, within a specific range.

It is also possible that VLC has issues around intellectual property.

Whatever the reason, after LEDs spotted the blog post, we sent Target an e-mail asking how many of the 1845 stores are using the technology, and how many customers are opting in. We also asked whether Target might use the technology for other purposes, such as tracking assets including shopping carts and employees.

Target had not provided an answer by the time this story posted. We hope it won’t take another four years.