It’s a welcome idea, but the hidden message could be that the IoT isn’t as easy to implement as advertised. Meanwhile, Zigbee trumps Bluetooth. 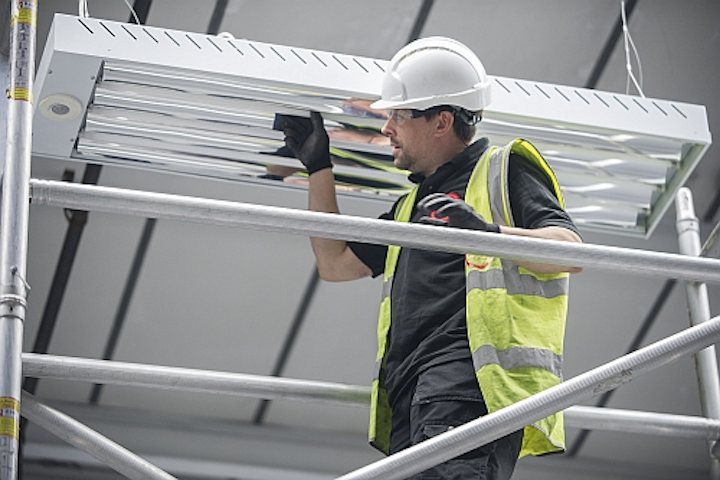 It’s a welcome idea, but the hidden message could be that the IoT isn’t as easy to implement as advertised. Meanwhile, Zigbee trumps Bluetooth.

It’s no secret that the lighting industry has encountered slow going in its attempt to morph into a provider of lighting-based, data-gathering, Internet-connected smart building systems. There are several reasons for the sluggish start. Now, Signify has hinted in a press release that one of them might be that installation is not as easy as advertised.

This week, Signify announced that it has opened a training center in the UK to help electrical contractors — the people who typically install lighting — figure out Interact Pro, which is Signify’s brand of smart lighting aimed at small and medium-sized enterprises (SMEs). The center also provides rudimentary education on LEDs.

Like other smart lighting vendors, Signify — the world’s largest lighting company, formerly called Philips Lighting — typically promotes the ease with which smart lighting systems can be installed, and often notes that swathes of lights can be easily commissioned using a smartphone or tablet.

But maybe things have not been quite as easy as is often suggested, and thus, the new training program?

“We have found that there is a huge amount of interest in smart lighting from contractors, but as with any new technology, it takes time to become adopted by the market,” a Signify spokesperson told LEDs Magazine. “This is an opportunity for contractors to become experts in smart lighting, giving them a point of differentiation from their competitors.”

The spokesperson told LEDs that Signify is opening similar programs in other countries in Europe as well as in the US, Canada, China, India, Indonesia, Thailand, and Australia. 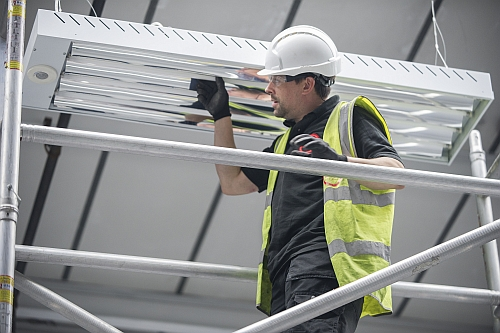 Smart start for electricians: Signify wants guys like this to know all about the IoT. (Photo credit: IFA teched via Flickr.)

“With the training hub, contractors will be able to upskill across a broad range of lighting tools and functions through certified webinars and a variety of other courses,” Signify said in the press release. “These range from an introduction to LED light that explains basic terminology such as CRI rating up to more technical material.

“Those that sign up to the training hub will also have the opportunity to earn a certificate in Interact Pro, the new wireless lighting control system that uses Philips CoreLine luminaires as part of a Zigbee mesh network.”

While the release singled out Zigbee, it notably left out any reference to Bluetooth Mesh, the protocol that was going to take wireless smart lighting by storm once the Bluetooth Special Interest Group finally ratified it after long deliberations over a year-and-a-half ago. Bluetooth enthusiasts have acknowledged that it has taken longer than anticipated to make commercial inroads in smart lighting, but insisted that 2019 will be the year it takes off.

Signify did not immediately explain why Bluetooth is not part of its new certifications program. But it did elaborate on Zigbee.

“This system [Interact Pro] has always been based on a Zigbee mesh network,” the spokesperson told LEDs. “Zigbee mesh networks are proven with over 300 million products deployed. They remove the concern of having a single point of failure within the system. Zigbee networks are also designed to work with energy harvesting and ultralow power products.”

Although Bluetooth is widely deployed across the world on consumer phones and gadgets, Zigbee, unlike Bluetooth, has a strong legacy in building management systems.

Another technology that is not part of the new certification program is Power over Ethernet (PoE), in which both electricity and data travel to LED lights over Ethernet cable, typically associated with data networks. At one point, Signify was making a strong PoE push, but the technology has faded from the headlines.

Signify targets Interact Pro at SMEs, one of several vertical markets for Signify’s Interact line of IoT products. Other verticals include hospitality, commercial offices, retail, industrial settings, bridges and other landmarks, and sports.

Meanwhile, the industry in general continues to march slowly into all manner of IoT, as LEDs noted in our recent update on the indoor positioning market.