Royal Philips ramps up its lighting business. Yes, that Philips.

Despite dumping LEDs and bulbs, the venerable Dutch giant doubles its capacity in modern light sources — VCSELs, that is. 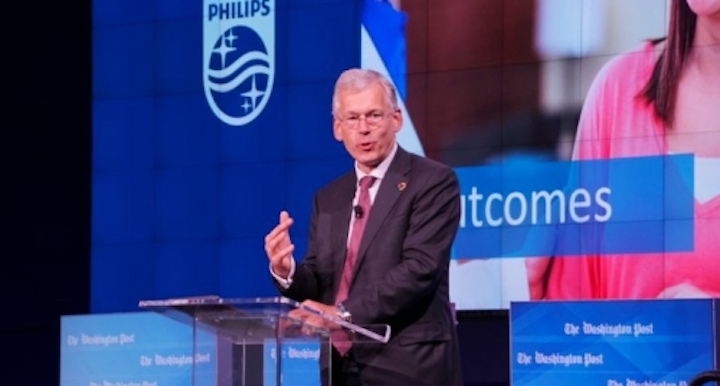 Despite dumping LEDs and bulbs, the venerable Dutch giant doubles its capacity in modern light sources — VCSELs, that is.

When news broke recently that Philips Photonics will double the size of its vertical-cavity surface-emitting laser (VCSEL) plant in Germany, it was a reminder that Royal Philips is still in the lighting business, despite having famously shed its LED, bulb, and luminaire operations to concentrate on medical and health gear.

Like LEDs, VCSELs are light-emitting chips. They are gaining popularity in some of the digital applications where LEDs are also making headway. As such, the two technologies are competing against each other to some extent. Both, for instance, are positioned as infrared light sources that can provide facial recognition helping to protect access to smartphones, tablets, and other gadgets.

VCSELs are picking up steam for such diverse uses as lidar guidance for driverless vehicles, medical imaging, fiberoptic data transmission, and more. And even if they are not outright competing against LEDs across the board, their laser light makes them useful in areas where ordinary LEDs are not.

They would appear to have their own potentially booming market, as Philips announced during Thanksgiving week that it has surpassed sales of over 1 billion VCSEL units, mostly over the last two years; that it is doubling the size of its VCSEL factory in Ulm, Germany for the third time in three years; and that the general VCSEL market should hit $3.5 billion by 2023. 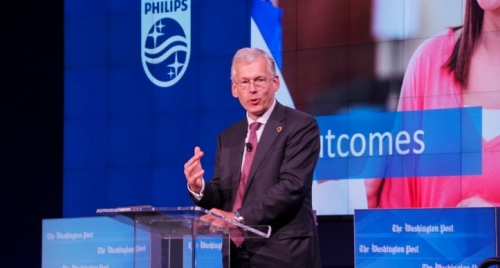 Despite reshaping the company as a provider of medical and healthcare equipment, Philips CEO Frans van Houten is still lighting things up, with VCSELs. (Photo credit: A van Houten article on LinkedIn].

It was perhaps with that as foresight when Royal Philips began exiting LEDs in 2015, it decided to hold onto VCSELs, a field it entered back in 2006 via the acquisition of Germany’s Ulm Photonics, renaming it Philips Photonics.

The retention of VCSELs went largely unnoticed as the venerable, 127-year-old company sold its Lumileds LED operations in 2016 (after a failed 2015 sale), the same year it spun out its LED and general lighting operations via an IPO into a company now known as Signify, still the world’s largest lighting concern.

Philips’ messaging at the time, and to this day, is that it is focused on medical and healthcare equipment for the professional and consumer markets. VCSELs would at first look out of place in a company now known primarily for things like tomography machines, EEG systems, electric toothbrushes, and cordless razors. The company describes itself as “a leading health technology company focused on improving people’s health and enabling better outcomes across the health continuum from healthy living and prevention, to diagnosis, treatment and home care.”

Look under the surface, and maybe you’d find VCSELs in some of the medical gear. But Philips is clearly eyeing a much broader market for VCSELs, which it first started shipping in volumes to the smartphone industry in 2016. (The world’s second-largest lighting company, Osram, never exited LEDs but is also building up a strong VCSEL portfolio, while Osram itself could be an acquisition target).

“We are seeing very strong levels of interest from the consumer electronics sector, and we expect this to continue in the coming years as more manufacturers adopt facial recognition technology in their new smartphone models,” Philips Photonics general manager Joseph Pankert said in announcing that Philips will double the capacity of the Ulm factory over the next 18 months, after having completed the previous doubling only last January, which itself followed a year-earlier doubling. Philips expects to be cranking to capacity almost as soon as it builds out, too.

“Philips Photonics has been the leading partner of the European ‘VIDaP’ project [VCSEL Pilot Line for Illumination, Datacom and Power Applications], which has enabled the VCSEL industry to standardize the design, manufacture, and testing of VCSEL technology, matching the same high standards as other high-volume semiconductor components,” Philips Photonics said in a press release. “Philips’ leading role in the project has enabled the business to grow beyond traditional VCSEL use cases such as optical data transmission and thermal industrial processes, while also supporting innovative new technology applications such as consumer facial recognition and lidar for autonomous vehicles.”

That’s all from a company much better known for tomography and toothbrushes, but which clearly has a firm foothold in one of lighting’s promising futures — VCSELs — having ditched LEDs.