Micro projectors from 3M, which can be connected to mobile phones and cameras, are enabled by Ostar multi-chip LEDs. 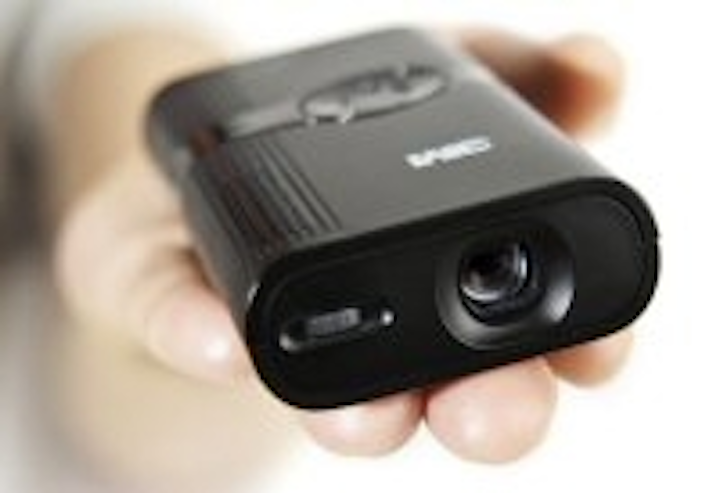 3M’s new MPro120 PocketProjector is about the size of a mobile phone, and enables the user to view photos or videos by projecting them onto a wall. It contains an LED light source from Osram Opto Semiconductors, which is a version of the Ostar SMT LED specifically adapted to 3M’s requirements.

Depending on lighting conditions, the LEDs project images of more than a metre. The MPro120 can also be connected to other devices with an AV-input such as digital cameras or laptops.

“Besides full VGA resolution its distinctive features are market-leading brightness, integrated speakers and a projection area, depending on lighting conditions, of 20–127cm. This makes projection on the move possible instantly and easily with a laptop or multimedia mobile phone.”

By coordinating 3M’s Light Engine with Osram’s LED, the projector has an efficiency of more than 10 lm/W, along with good color rendering because the multichip-LED has two green chips plus a red and blue one.