High-power LEDs are now being incorporated into flashlights with adjustable focus. 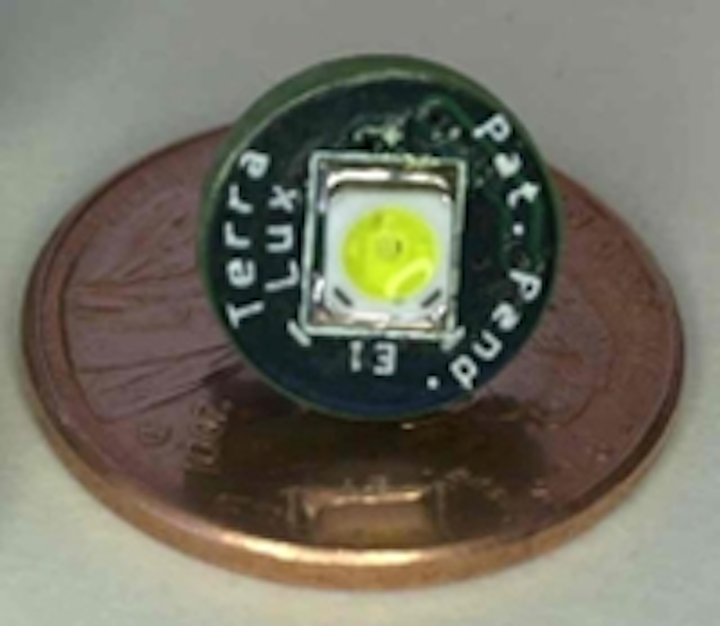 Maglite, the highly popular flashlight line by Mag Instruments, can now be upgraded using TerraLUX LED Light Engines(R) from TerraLUX, Inc. of Boulder, Colorado. LED lighting has become popular for flashlight users because of whiter light, vastly longer run times for batteries and the fact that LEDs do not burn out or break like incandescent bulbs. Following adoption by law enforcement, fire and rescue workers, LED flashlights are now becoming popular with technicians, contractors, campers and home owners.

"For the last twenty years, millions of Maglite owners have enjoyed reliable, focusable and inexpensive flashlights," said Carl Kalin, TerraLUX's vice president of marketing. "Now these trusted flashlights can be vastly improved by eliminating the weakest link, the incandescent bulb, with a super bright LED Light Engine. These retrofit kits do not burn out or break and reduce cost of operation by saving on batteries and bulbs."

The LED Light Engines introduced by TerraLUX for Maglite flashlights are as follows:

- The MicroStar1 (TLE-10) is designed for the compact AAA Mini Maglite and gives 20 lumens of light from a surface-mount Nichia LED. The MicroStar1 provides over six hours of battery life, and retails for $19.99.

- The MiniStar2 (TLE-5) for the AA Mini Maglite offers seven hours of light at 25 lumens from a 1 watt LUXeon LED from Lumileds, with very tight focusing capability. Focusability is a feature unavailable from almost all LED flashlights. The MiniStar2 retails for $29.99.

- The MaxStar2 (TLE-6) for the Maglite C & D cell flashlights provides 50 lumens of light from a unique design of dual 1-watt LUXeon emitters. It also gives over 24 hours of run time on three D-cell alkaline batteries which is ten times better than the bulb it replaces. The MaxStar2 retails for $39.00.

Many LED flashlights do not permit adjustable focusing, which is standard with all Maglite products. Almost all LED flashlights are "fixed focus" which means there is no control over the light pattern and this is a feature that many users are reluctant to eliminate.

Tony Catalano, president of TerraLUX, explained to LEDs Magazine that most LED flashlights use inexpensive 3mm or 5mm "dome-type" LEDs in which the LED itself houses a lens. This precludes any further optical "manipulation" of the light. Other LED flashlights that use the high power Lumileds LEDs use total internal reflection (TIR) optics in which the Lambertian LED is hard-coupled to the optical element. While this produces excellent collection of the light, and results in a narrow, collimated beam, it cannot be focused further, or defocused to cover a wider area.

“TerraLUX products use a custom parabolic reflector similar to those in the Mag flashlights, but re-designed for our LED unit in the AAA & AA MiniMags (in the C & D cell Maglites we use the stock reflector),” said Catalano. “We use a side-emitter that projects virtually all the light directly onto the parabolic reflector, hence it effectively acts much like the point source of an incandescent bulb.”

Catalano also explained that TerraLUX uses the Nichia LED in the AAA version due to its small size. “This LED projects the light in a 120 degree arc that intercepts the very small parabolic reflector,” he said.

The TerraLUX LED Light Engines also incorporate a proprietary PowerPush regulation circuit that allows the product to maintain a fairly constant brightness over time and a significantly longer battery life. A graph of light intensity against time shows that the output of the MiniStar2 falls gradually to around 50% of its original value after 7 hours, while an incandescent bulb has only 30% of this value after about 2 hours.