The Phytofy system includes six spectral channels that can be mixed and matched to optimize plant growth, similar to what NASA is using. 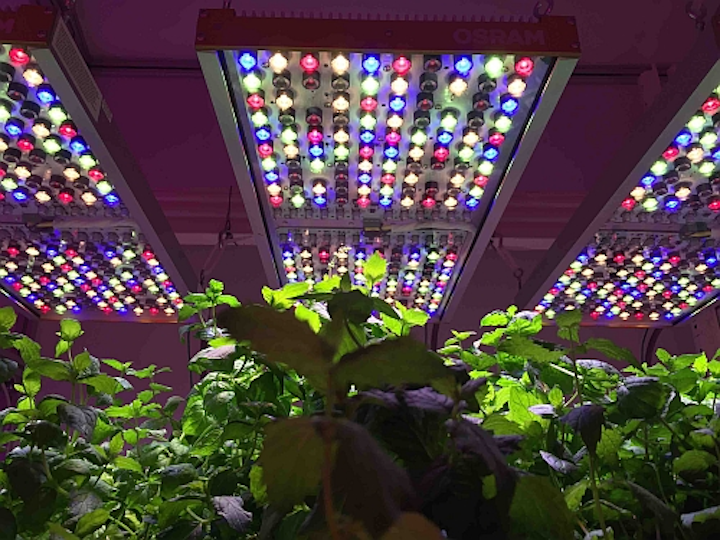 The Phytofy system includes six spectral channels that can be mixed and matched to optimize plant growth, similar to what NASA is using.

Osram has released an off-the-shelf version of its horticultural LED luminaire, aiming it at the research market and basing it on technology that the company customized for earlier use by NASA and by Michigan State University.

Phytofy includes six spectral channels, including the short wavelength of ultraviolet (UV) on one end, and the far red of dimly visible light on the longer wavelength of the spectrum, which approaches infrared.

Researchers can use a graphical user interface to mix and match the 385-nm (UV), 450-nm, 521-nm, 660-nm (those three lie within the classic PAR or photosynthetically active radiation range), and 730-nm channels (far red), as well as a white channel.

“Use of Phytofy RL allows for evaluation of the most varied light recipes, without having to change luminaires between individual tests,” Osram said, noting that the system also provides a high photosynthetic photon flux. The company designed the horticultural lighting system with rack configurations, vertical farms, and growth chambers in mind, keeping the flat frameworks to roughly 2 ft×1 ft×2 in., with a weight of about 20 lb. 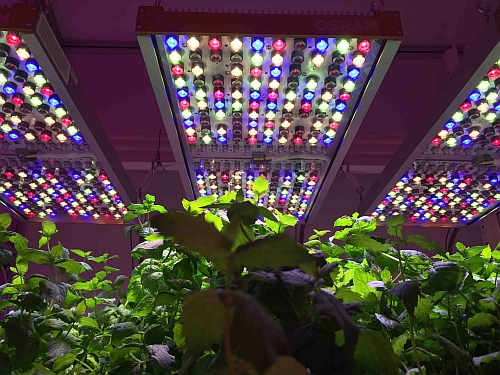 Osram is offering the Phytofy RL horticultural lighting fixture for use in labs and climatic chambers to develop plant-specific light and growth recipes. (Photo credit: Osram.)

Osram is selling the system through Fort Worth, TX-based dealer Hort Americas, which also carries grow lights from other vendors including GE; and through Coventry, England-based dealer HydroGarden, whose lighting brands include the Philips brand — from Signify — and Sylvania, according to its website.

NASA has been using Phytofy technology as part of a land-based research project aimed at eventually enabling crews to grow produce more quickly during space travel or on the International Space Station.

Osram has also worked with Michigan State University using a seven-channel system that MSU researcher Eric Runkle has described as including a UV channel, two white channels, and multiple red and blue channels. Runkle was the keynote speaker at LEDs’ last Horticultural Lighting Conference in October, where he mentioned the system and went on to explain in detail many scientific aspects regarding the impact of lighting on plants, spectral tuning, timing of light dose, and more.

Jonathan Catchpole examines the sensing demands that will increasingly be required of SSL, and a module-based LED luminaire development approach for intelligent lighting and the IoT.
Nov 27th, 2018