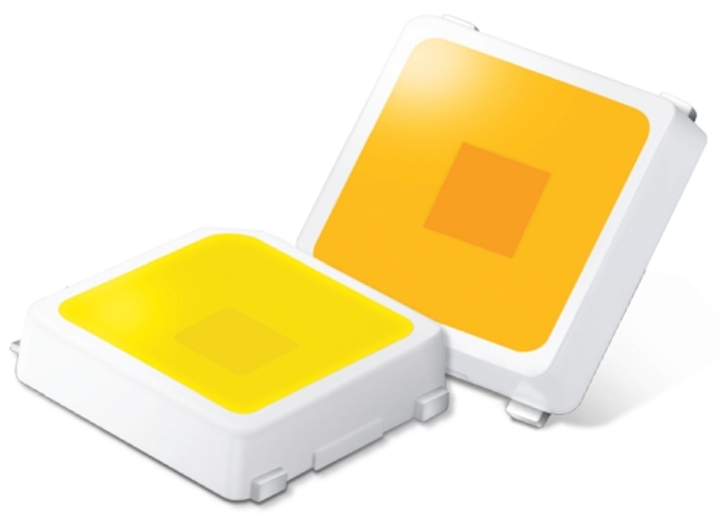 Samsung Electronics has announced a new version of the 3.0×3.0-mm LM301 packaged LED family that now delivers 220-lm/W efficacy at a drive current of 65 mA. Lumileds is moving to add features to its Level 2 Matrix light engines to further simplify the task of luminaire makers bringing new products to market. Everlight Electronics has filed a suit in United States District Court against Bridgelux, and now Bridgelux has said the Everlight claims are without merit.

Over the course of the past couple of years, Samsung seems to have focused more on the performance of its 5630 (3.6×3.0 mm) LM561 packaged LED family than on the LM301 family in its mid-power portfolio. Last year, the company pushed efficacy in the performance-oriented LM561C to the 200-lm/W level. Now, however, Samsung has surpassed prior efficacy milestones with the LM301B announcement, significantly topping the 200-lm/W level.

“With our LM301B, we are able to deliver even greater mid-power value and help lower the total cost of ownership for LED lighting manufacturers,” said Jacob Tarn, executive vice president of the LED business team at Samsung Electronics. “Thanks to advancements like the LM301B, Samsung will continue to drive innovation in next-generation LED technologies.” 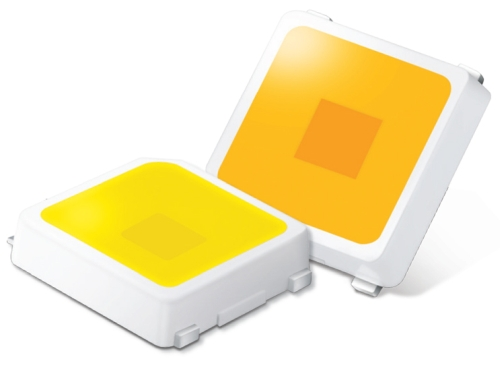 Samsung said the new performance level was achieved based on a flip-chip architecture and with the help of new phosphor technology. The maximum efficacy was achieved at a relatively low drive current, and the company has yet to publish a datasheet on the LM301B that details how the LED performs at higher current levels that might be more representative of a real-world lighting application. The efficacy level was reached with a relatively high 80 CRI but also with a cool 5000K CCT. Samsung says the product delivers a 10% performance advantage over competing 3030 LEDs.

It remains extremely difficult to compare LED performance when contemplating components from different vendors. Although standards such as LM-80 define test methods, the standards do not define specific current levels at which maximum performance is claimed. Seoul Semiconductor, for instance, said it hit 210 lm/W a year ago in 5630 LEDs and at that time said it would surpass 220 lm/W in less than a year. And in that same story, we covered an Everlight Electronics announcement that claimed it had already achieved 220 lm/W.

Meanwhile, the trend of LED manufacturers pushing Level 2, or modular light engine products in printed-circuit board (PCB), formats continues. Lumileds was an early and avid supporter of such Level 2 products starting back in 2014. And the Level 2 approach will become more widespread as chip-scale package (CSP) LEDs become more prevalent in lighting applications.

Lumileds calls its Level 2 portfolio Matrix. And most recently the company augmented the light engine portfolio with some technology initiatives that directly and indirectly impact luminaire manufacturers that are Matrix customers. 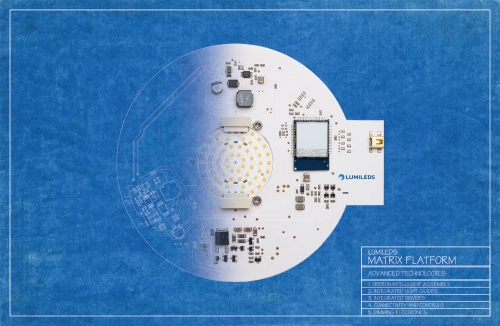 On the indirect side, Lumileds has installed a new Oberon Intelligent Assembly system that enables more efficient manufacturing of Matrix products. On the direct side, Lumileds will offer light-guide optics to Matrix customers that are customized for the Lumileds portfolio, drivers integrated on Matrix boards, dimming electronics including warm-to-dim capability on boards, and connectivity and controls integrated on boards.

“Customers find that not only does the Matrix Platform approach enable award- and market-winning solutions, it also shaves weeks if not months off the traditional assembly approach and ensures a product reliability that only Lumileds can guarantee,” said Viral Hazari, Matrix Platform product manager at Lumileds.

Moving to the intellectual property (IP) space, Everlight and Bridgelux have begun a legal battle focused on the US market and 2835 packaged LEDs. Everlight filed the patent action in the United States District Court for the Northern District of California – San Francisco Division. Bridgelux was quick to respond that its LEDs are based on years of its own advanced research.

“As history demonstrates, Bridgelux respects the intellectual property rights of others and will not be intimidated by the misuse of litigation from those seeking an unfair advantage or seeking to limit the advantage Bridgelux has earned from our technology investments,” said Tim Lester, CEO of Bridgelux.

Ironically, Bridgelux was for a long time focused on high-power LEDs and arrays and produced some of the largest discrete LEDs in the industry and then moved into the chip-on-board (COB) LED sector. But the company also launched into the mid-power sector after being acquired by China Electronics Company in 2015.

Everlight, meanwhile, has more often been the target of IP action as opposed to the party bringing action against a competitor. For years, we have followed the ongoing legal battles between Nichia and Everlight.