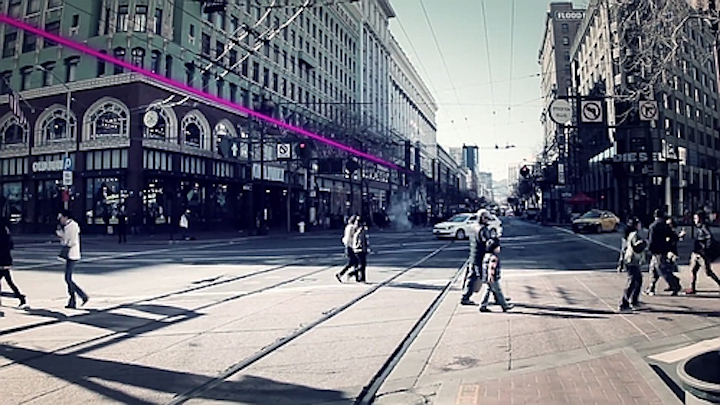 We first covered the Lightrail project after Illuminate founder Ben Davis made a keynote presentation at the Strategies in Light (SIL) conference back in 2014. Davis used SIL to announce that the iconic Bay Lights project installed on the west span of the San Francisco-to-Oakland Bay Bridge would get a technology refresh and return to operation permanently at the beginning of 2016 coincident with the professional football Super Bowl being held in the Bay Area. Davis also revealed his concept for Lightrail that he said would revive Market Street to its former glory with an above-ground, dynamic-color LED installation installed linearly along the street with the racing-light effects intended to synchronize with the subway trains that run below Market.

Video courtesy of Illuminate and Lightrail.

Davis had originally hoped that the Lightrail project would have broken ground by now. But the San Francisco Chronicle reported from an Illuminate press event last week that focus on the Bay Light revival, issues with existing high-pressure sodium (HPS) street lights installed on Market, and an environmental impact report have all slowed the project. Now it appears that Lightrail will get final approvals in mid-2017.

Meanwhile, Davis has gone into an active fundraising mode hoping to yield $10 million in private funds and the project has received approval from San Francisco City Hall. Artists George Zisiadis and Stefano Corazza will head the project that they believe will have more relativity to real life than does the Bay Lights project and indeed those artists were responsible for getting Davis behind the project.

Moving to the business space, Bloomberg has reported that Royal Philips is again moving toward culmination of a sale of the Lumileds LED manufacturing operation that has been operating independently for more than a year. Philips sold an 80.1% interest in Lumileds to Go Scale Capital back in March of 2015. But in January of this year, the Go Scale deal was scuttled due to concerns expressed by the Committee on Foreign Investment in the United States (CFIUS).

Apparently Lumileds is considered to be worth less than in the spring of 2015. Presumably the new buyer will be Apollo Global Management LLC with a valuation in the $2 billion range. The Go Scale deal was valued at $2.8 billion. 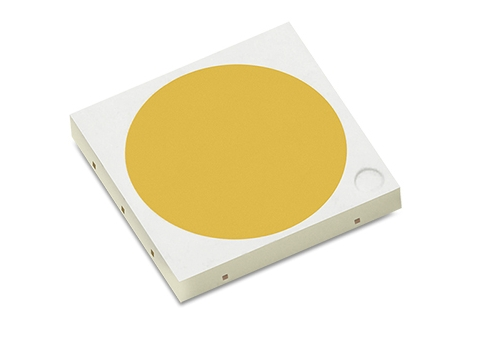 Lumileds, meanwhile, has been very busy in the LED sector with new product introductions. This week, the company announced the mid-power Luxeon 5050 LED. The product is a multi-emitter design driven at 24V with a round 4.6-mm light emitting surface (LES), and as is common in mid-power LEDs, with no primary optic. Lumileds said the LED will drive down cost in applications ranging from street lights to indoor directional luminaires.

The company also just announced some horticultural-lighting LEDs recently. That announcement included both mid- and high-power LEDs including unique purple LED optimized for plant photosynthesis. To learn more about LEDs and horticulture, don’t miss our inaugural Horticultural Lighting Conference that will be held in Chicago next week October 12.

Moving to SSL industry partnerships, we continue to see stalwarts from the IT and networking sectors looking to play nice with LED lighting. Google and Philips Lighting are the latest dance partners. Google has a new voice-activated speaker product called Google Home that performs a similar role to Apple's Siri, or more precisely to Amazon's Echo product and its Alexa presence. The Google Home product is selling for $129 and can control Philips smart Hue products including the recently revamped color-tunable lamps and the new white-point-tunable lamps.