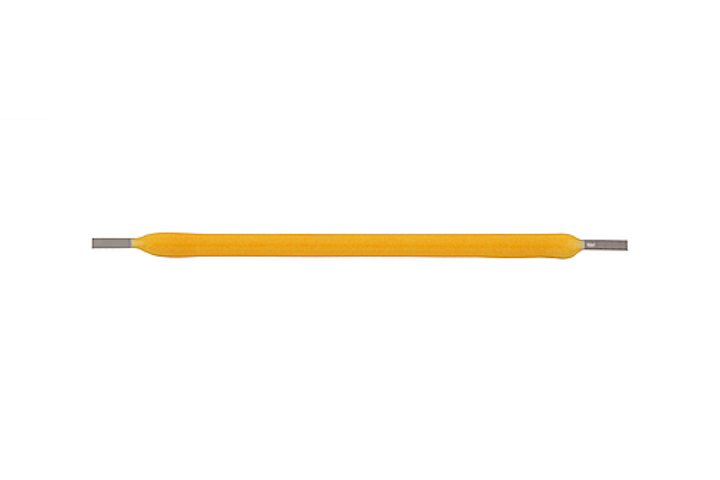 Munich, Germany – Seoul Semiconductor, a world leader in LED-technology, announced the immediate start of the mass production of its LED Chip-On-Board Package for use in LED filament bulbs, a market currently estimated to be $1.3 billion globally.

Seoul Semiconductor's filament LEDs can realize high-quality light close to natural light through differentiated Chip-On-Board (COB) packaging technology and can produce stunning emotional lighting with omnidirectional emission technology, combining a small footprint with a wide beam angle. The Color Rendering Index (CRI) is 80 or better and different LEDs having a flux between 105 and 210 lumens are available. All of them feature a Correlated Color Temperature (CCT) of 2,700 K. Therefore, they are used to create a classical atmosphere through high-quality light in many spaces, like cafes and hotels or even bed- and living rooms, making them an alternative to incandescent light bulbs that have been phased out in 2014.

An official at Seoul Semiconductor stated: “We are readying legal actions, as many of the LED bulbs released in the market have infringed our proprietary technologies.”

The global light bulb market is estimated at 7 billion pieces annually, of which 2.5 billion units are light bulbs for various decoration purposes, a market being addressed by the filament LEDs. The application of them in this market has started and they can not only be applied to globe bulbs in their various forms, but also to candle lamps in special shapes. These diverse applications are supported by two different lengths of the LEDs: 38 mm and 50 mm.