UL Centre of Excellence lab will test lighting products, LED-based lighting in many cases, for safety and performance, compliance to standards such as Zhaga, and product efficiency and quality programs such as Energy Star. 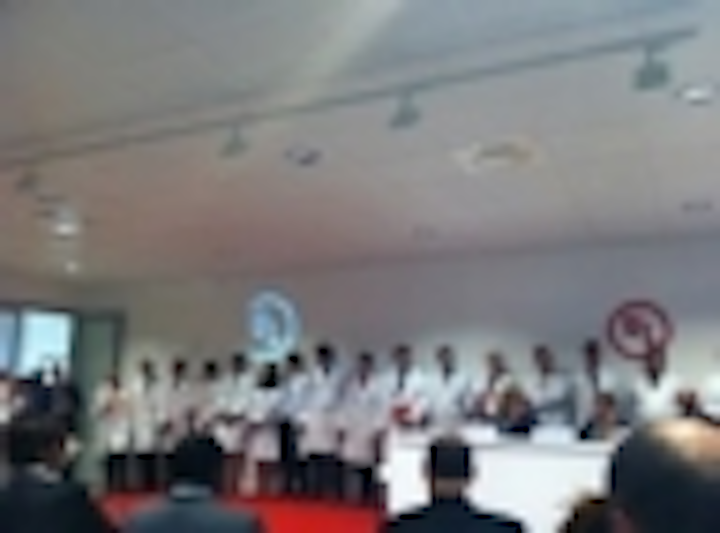 The new center encompasses 3000 m2, employs 30 people, and represents an investment in excess of $2 million. European customers can use the lab for accreditation to safety standards recognized in local markets around the globe including North America, Europe, China, Japan, Australia, India, and Brazil.

The new facility will also test modular products for compatibility with standards set by the Zhaga Consortium for interoperable modules. The lab offers testing for ZhagaBook 1-7. Performance testing includes compliance with photometric standards such as the LM series defined in North America. Finally, the lab will test products for compliance with energy-efficiency standards such as Energy Star for the US as well as European, Chinese, and Brazilian standards.

"We actually brought together the traditional safety testing, plus the performance evaluation and energy efficiency testing all together under one roof," said Sajeev Jesudas, president of UL verification services. "From that perspective, this lab is one of a kind and maybe a prototype for future labs."

The grand-opening ceremony for the new facility started with the official ribbon cutting by Giovanni Stringhini, the mayor of Burago, and Kyle Scott, consul general of the US to Milan. A number of dignitaries extended words of welcome including Jesudas of UL; Gitte Schjoltz, president of UL Europe and Latin America; Paolo Bertoldi, directorate general of European Commission Joint Research Centre; Axel Baschnagel, chair of the Promotion Work Group at Zhaga; Jurgen Strum, president of the Global Lighting Asociaiton (GLA) and the European Lamp Companies Federation (ELC); Alvaro Andorlini, president of CELMA, and Patrizia D Sano, president of ASSIL.

After the welcome speeches, Joohong Song, vice president of the UL's Verification Services, introduced the staff of the lab. Guests then enjoyed a lab tour conducted in both English and Italian.

UL will waste little time in getting the lab up and running and indeed has customers lined up. "We already have orders in the pipe, as we made a welcome promotion and I am expecting that tomorrow after the opening there will be samples up and running," said Alberto Uggetti, UL's vice president and general manager for the global lighting industry. "These are mainly LED lighting products [we are testing] for safety, but more exciting for European [markets is testing for] performance and energy efficiency."

The new UL facility is located in the former Versace atelier. The lab features about 300 LED-based lights that are based on Zhaga-compliant light engines installed both inside and outside. Moreover, the UL logo on the outside of the facilities is lit by LEDs.

UL has laboratories in over 30 countries and traditionally the service provided in them is either safety testing or lighting performance testing. However, UL is moving with the new laboratory, and with services offered elsewhere, more squarely into interoperability testing for Zhaga, and for voluntary certifications, including Energy Star and Lighting Facts.

UL‘s goal is to be the global leader testing LED lighting with current testing facilities also located in China and India, and through expanded capacities in North America. Current testing capacity is 6-8 times of the capacity that UL had a couple of years ago. The new lab in Italy is another step in expanding the footprint to support the global manufacturer. According to UL's Jesudas, UL will continue to provide not just the capacity, but also “technical leadership” to its clients.