The US Department of Energy has completed Series 14 of Caliper testing of LED downlight retrofit units. Beginning this year, every Caliper summary focuses on a single product type or application. 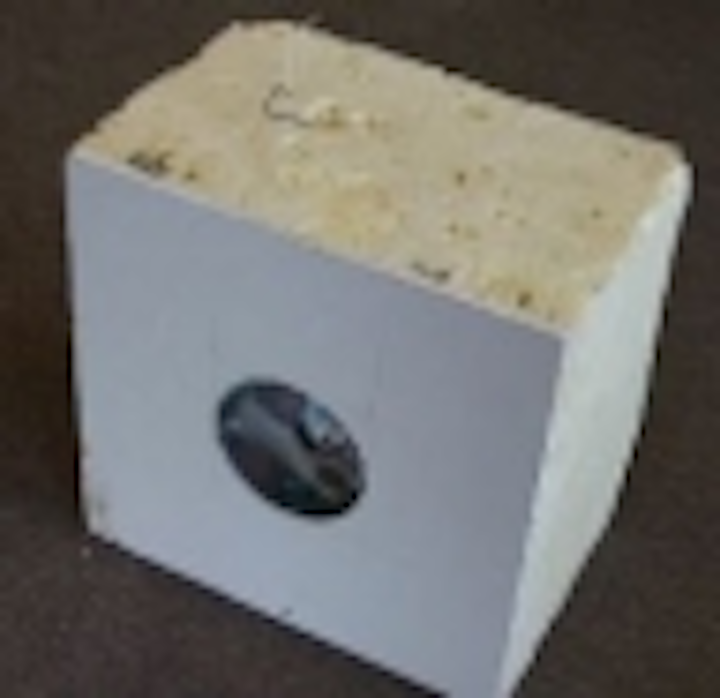 The US Department of Energy (DOE) has completed Series 14 of testing solid-state lighting (SSL) products in its SSL Caliper program. A summary of the results is available for download on the DOE SSL website. Round 14 of testing focused on LED downlight retrofit units with a 6-inch round aperture that were purchased between June and November 2011. To simulate in-fixture testing, the units were tested “in situ” in a 6-inch insulated downlight housing that was mounted in a 24x24-inch insulated enclosure in accord with the Underwriters Laboratory Standard for Safety for Luminaires (UL1598). The report provides the photometric performance results and compares these results to similar products that use conventional light sources in addition to results from earlier Caliper testing.

Ten of the eleven products met the Energy Star criteria for CRI and CCT. The measured CRIs were not quite as high as some previously tested LED downlight retrofit units, but would be acceptable for most applications according to the report.

The report concluded that the Series 14 LED downlight retrofit units are a viable option for specifiers of residential and commercial downlights, especially in retrofit situations. The products are best suited for use at normal ceiling‐height applications (8–10 ft). A future report on the Series 14 downlights will discuss differences between in-situ testing results and standalone testing results as well as make comparisons with manufacturer’s claims.

The DOE has selected particular products for testing with the intent of capturing the current state of the market, a cross section ranging from expected low- to high-performing products, with the bulk characterizing the average of the range.

Detailed test results for each downlight unit included in the Series 14 report will be available soon through the searchable online Caliper system.