Ikea stores will only sell LED lighting by 2016

Customers will only be able to buy LED lamps from Ikea by 2016, and the company also plans to install large numbers of LED lamps in its stores and warehouses. 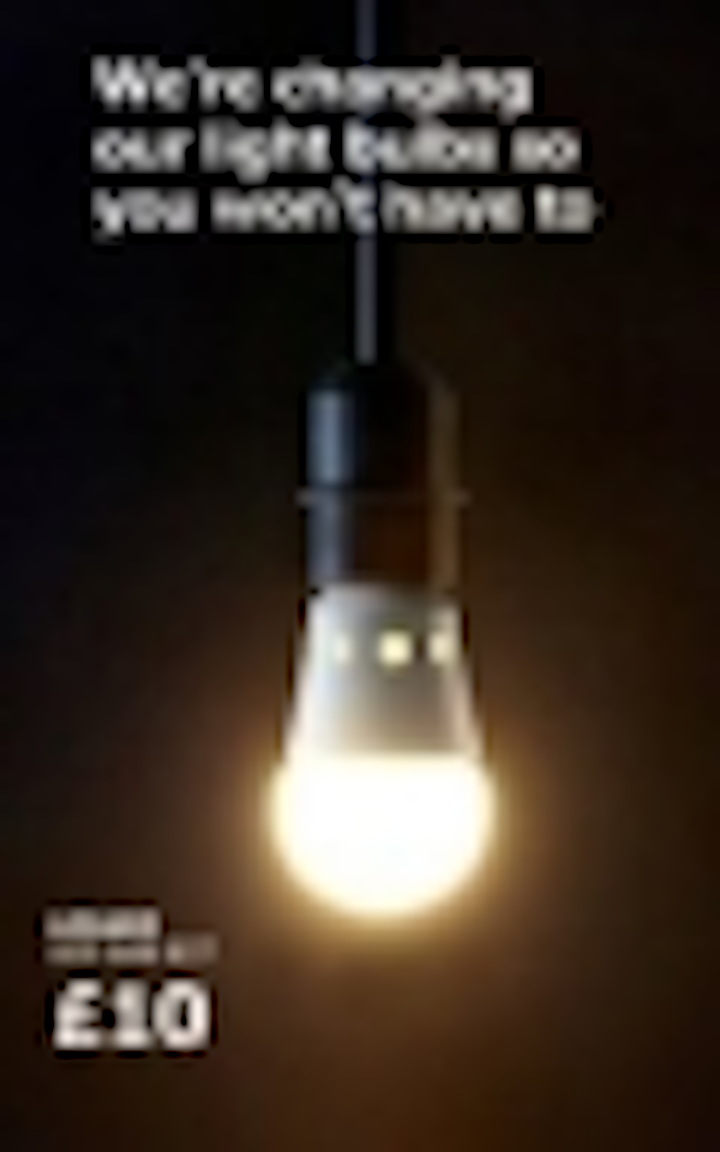 Ikea, the Sweden-based home-furnishings retailer, has announced plans to stop selling non-LED lighting in its stores by 2016.

In addition, the company says that it is changing more than one million light sources inside its stores to LED and other more efficient lighting.

However, surveys conducted by Ikea indicate a relatively low level of awareness of the benefits of switching to LED lighting – see below for more details.

Ikea will be converting its full lighting range to LED by 2016, including replacement lamps. The company says this will “enable millions of people to live a more sustainable life at home and save money on their energy bills.”

The company also says that it “will be selling the LED bulbs at the lowest price on the market.” Ikea already sells LED lamps in a number of styles to fit different socket types.

This LED initiative follows past actions such as the phase-out of incandescent bulbs by Ikea US in 2010.

But Ikea is not just about selling LEDs; the company says it will also change more than one million light sources inside Ikea stores to LED and other energy-efficient lighting, with a view to reducing energy consumption. For a store in Europe with a size of 35,000m2, the annual saving will be approximately 500,000 kWh, representing a saving of approximately 10% of the total energy consumption. On a global level the estimated annual energy saving will be approximately 85,000,000 kWh, equivalent to running 23,360 homes in the UK for a year.

Steve Howard, chief sustainability officer of Ikea Group, said that as well as using much less energy than a traditional bulb, LED lamps bring a lot of home-furnishing potential to the home. “Building on our belief that everyone should be able to afford to live more sustainably at home, we will make sure our LED prices are the lowest on the market,” he said. Samantha Smith, leader of the World Wildlife Fund (WWF) Global Climate and Energy Initiative, said that Ikea converting its lighting range to LED “will have a real impact in reducing energy use in many households.” WWF is aiming to move away from our dependency on fossil fuels, and is seeking a 100% renewable-energy future. “Almost 20% of global electricity consumption comes from lighting, so shifting lighting to LED technology is a cost-effective way to get change at scale,” said Smith.

Mike Ward, Ikea US president, said that changing to LED lights is “a smart and cost-effective way to be sustainable in our everyday lives. Ikea supports this to such a degree that we recently gave LED lights to every one of the 130,000 Ikea coworkers across the globe,” he said.

According to Ikea, if one million people changed one bulb each into LED, this would in terms of CO2 emissions correspond to taking almost 6700 cars off the road, or planting 17 million trees per year.

Also, the company claims that the total annual cost saving (including purchase price and energy consumption cost) of switching one incandescent 40W bulb to a corresponding LED bulb is approximately $6.25 (EUR 5.3) on average.

Ikea conducted two surveys, one involving just over 1000 Americans, and the other conducted among 6000 consumers in China, Russia, Germany, UK, US and Sweden in July 2012. Some of findings are:

Full details of the surveys can be found in the Ikea press release.
Latest in Home