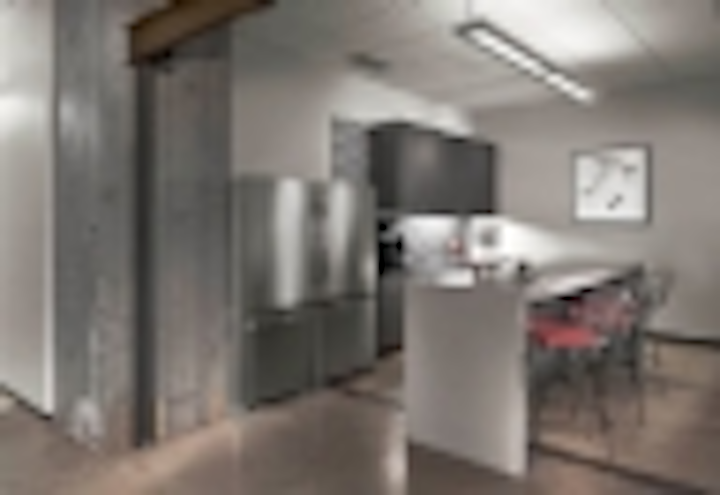 With the Bruno line, Peerless and Acuity are announcing what the company will call 360° Total System Integration, implying that all of the drivers, control, and light-engine elements were designed by some entity within the Acuity Brands portfolio. "What’s great about Bruno LED and its Peerless 360° designation is the breadth and depth of confidence specifiers can entrust in a luminaire that is developed, supported and warrantied by a single entity — Acuity Brands," said Peerless value stream manager Kai Jaffe. "That raises the bar and sets a new standard within the lighting industry by which LED luminaires will be evaluated and specified from here on out."

The Bruno line uses flicker-free, dimmable drivers from EldoLED, a relatively recent Acuity acquisition. Moreover, the luminaires are offered with sensors and controls from Acuity's nLight brand. The family also includes Peerless' Softshine optics. In actuality the integration of Acuity technologies is more typical than newsworthy, although a consistent brand may prove comforting for lighting designers and specifiers.

What's not surprising with the Peerless name in play is that the Bruno line features a stylish but minimalist look that is also very functional. Peerless said that the design is "inspired by minimalist master Mies van der Rohe and created following his philosophy of Less is More."

The Bruno luminaires can be ceiling or wall mounted and deliver efficacy up to 116 lm/W. The products deliver lighting power density as high as 0.50 W/ft2 and projected lifetime of 50,000 hours. The target is commercial offices, schools, healthcare, and hospitality settings.

The addition to the Lithonia D-Series, meanwhile, comes in 20- and 40-LED configurations and is designed to serve a variety of application settings. Lithonia offers 11 different optical distribution or beam patterns in the family.

Pedestrian lighting is especially susceptible to glare problems with the relatively-lower mounting heights of the luminaires. Lithonia developed a diffuse dropped lens to eliminate glare. Moreover, Lithonia offers the luminaires with motion sensing and Acuity Roam network controls. The company said that the family delivers as much as 70% energy savings relative to HID fixtures.