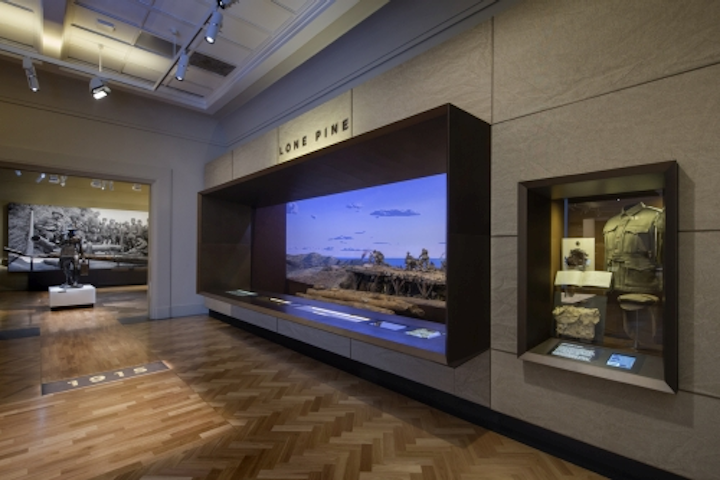 Gantom Lighting & Controls has announced an LED lighting project at the renovated First World War Galleries located in the Australia War Memorial in Canberra. The exhibit entitled "Australia in the Great War" opened in December and presents a chronological history of Australian activity related to World War I. LED lighting is being broadly used to light the dioramas and display cases for optimum viewing by visitors. 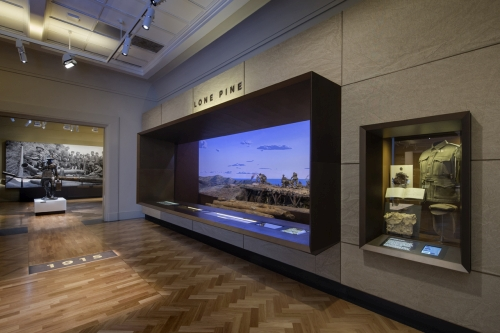 Lighting designer Benjamin Cisterne conceived the museum lighting working with the prime exhibition designer Cunningham Martyn Design. "The Australian War Memorial is one of the most visited places in the country," said Cisterne. "The First World War Galleries had not had much done to them since the 1970s and were in need of a revamp."

The project required fixtures that could be mounted in a variety of ways and that could be concealed in a small space above the exhibits. Cisterne engaged distributor Barbizon Lighting to help identify suitable fixtures. "After reviewing several manufacturers we elected to go with Gantom as they had a more complete and finished offering of products that were plug-and-play and had excellent optical properties," said Paul Lewis, system sales at Barbizon.

The team specified 120 Gantom DMX Dynamic White Flood luminaires and 120 Gantom DMX RGBW Flood fixtures for the dioramas. More than 1000 Gantom Precision Z Spot and Flood fixtures, ranging from 3000K to 4000K in CCT, light the display cases. Moreover, those fixtures were customized with glass-top mounts intended to conceal the fixtures in the museum lighting application.

About the fixtures lighting display cases, Cisterne said, "They made it possible to give each displayed item an individual focus that best defines its shape, colors, and place in the story." Moreover, the compact size fit the need as did the fixture performance. "The cases range in size as do the objects on display, and the types of material range from metal to paper to fabric prints and wooden artifacts," added Cisterne. 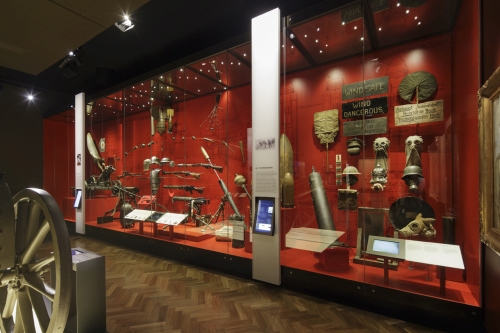 For the dioramas, the team had been challenged to "give them a new vibrancy." Said Cisterne, "The dioramas are well known and treasured by visitors internationally. It was essential for me to get these right. The Gantom fixtures enabled us to focus and color a theatrical scene for each that has reference to place and time of day, and conveys the mood of the imagery. Two of the dioramas have digital backdrops that cycle through a timed sequence. The Gantom fixtures allowed us to create dynamic lighting effects for those scenes."

The project required collaboration between the design team and manufacturer to succeed. "I needed to mount the Precision Z fixtures above glass in a way that I used to do with older MR16 fixtures," said Cisterne. “I drew up a new mount for the Precision range, and Barbizon and Gantom had it prototyped and eventually built for the project. The new custom glass-top display case mount is now part of Gantom’s standard product line. This is what we desire as designers collaborating with suppliers and manufacturers."

Increasingly, LED sources are the choice of designers and specifiers working on museum lighting projects. Just last week we covered a Zumtobel project at the Aachen Cathedral Treasury in Germany. The US Department of Energy has tracked a long-term LED museum lighting project at the Burden Museum in Troy, NY. Perhaps the most impressive LED lighting in a museum can be found throughout the Rijksmuseum in Amsterdam, the Netherlands.