Regulatory standards such as ASHRAE 90.1-2013 are focusing on adaptive and programmatic controls to drive buildings toward zero-net-energy performance as mandated in the US. 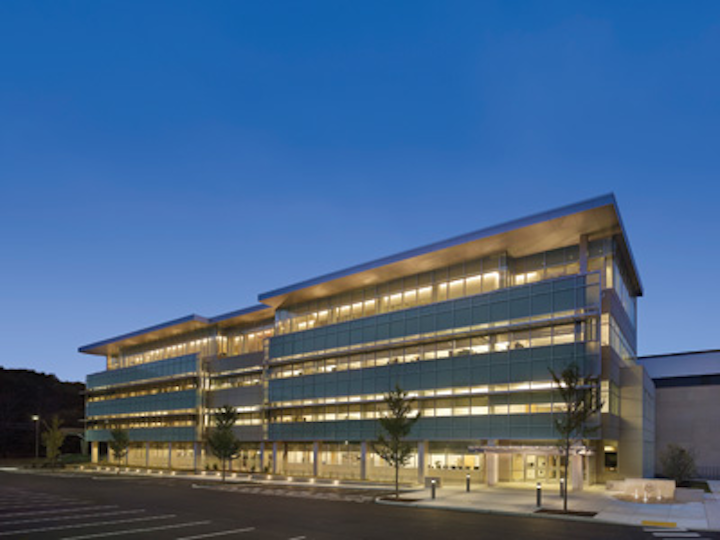 Regulatory standards such as ASHRAE 90.1-2013 are focusing on adaptive and programmatic controls to drive buildings toward zero-net-energy performance as mandated in the US.

Buildings consume nearly 40% of the world's energy, and in the past 20 years the building industry has focused on sustainability, efficiency, and practical energy-saving solutions for both new construction and retrofits. Energy for lighting represents a disproportionately large share of building energy consumption. The lighting industry is making steady progress toward sustainability via efficient LED-based products and networks and adaptive controls. Still, lighting designers and specifiers are faced with meeting ever-more-stringent regulatory standards for lighting projects. We will discuss the most demanding requirements here - particularly in terms of required controls and the ASHRAE 90.1-2013 requirements.

As the building industry moves slowly toward zero net energy - the goal of the Architecture 2030 (architecture2030.org) program and key in the roadmap of the US Department of Energy (DOE) - the industry is recognizing that lighting controls play a crucial role in energy conservation. According to the DOE, lighting is by far the largest end user of electricity in commercial buildings. It consumes 38% of a building's total electricity use - approximately the same as space heating, cooling, ventilation, office equipment, and computers combined, according to a US Energy Information Administration study published in 2008.

Lighting controls can eliminate 60% or more of the wasted lighting energy in buildings, while enhancing occupant comfort and productivity. They provide flexible control over the lighting in a space, and support energy savings by reducing the amount of power or time the lighting system is in use. Energy is the multiplicative product of, in this case, lighting power and the power-on time during which it is used. Lighting controls can reduce both power and time.

One of the nation's top three building energy codes and standards - Part 6 of Title 24 of the California Code of Regulations, the International Energy Conservation Code (IECC), and ANSI/ASHRAE/IES Standard 90.1 - is used by nearly every state as the basis for local building energy codes. These provide the minimum acceptable energy performance requirements for new construction or major renovations of commercial buildings. They reflect the importance of using lighting controls to conserve energy. They have similar mandatory lighting control requirements for new construction or major renovation projects.

Sometimes referred to as America's primary commercial energy code, the latest version of ANSI/ASHRAE/IES Standard 90.1 was published in October 2013 and is known as Standard 90.1-2013. The American Society of Heating, Refrigerating, and Air-Conditioning Engineers (ASHRAE) partners with the Illuminating Engineering Society (IES) to produce the standard. It provides the minimum requirements for the energy-efficient design of buildings, other than low-rise residential buildings.

Rita Harrold, director of technology for the IES, said achieving the stringency goals established for the 2013 standard presented a challenge in reducing the requirements for lighting. "While interior lighting power densities (LPD) were re-evaluated and most lowered, there continues to be an ongoing concern about maintaining quality of lighting installations for occupant satisfaction and comfort while achieving energy savings," said Harrold. "The focus in the 2013 standard, therefore, was not just on lowering LPDs but on finding ways to achieve savings by adding more controls and daylighting requirements as well as including lighting limits for exterior applications based on jurisdictional zoning."

Following are some of the mandatory lighting control requirements in the new Standard 90.1-2013.

Local control. Each interior space must have at least one lighting control device (such as a manual switch or a dimmer) to control the lighting in that space. Each control device shall be readily accessible and located so the occupants can see the controlled lighting and can only override any scheduled lighting shut-off by a maximum of two hours.

Automatic shut-off or scheduled shut-off. Lighting in these spaces must be automatically shut off, typically using vacancy sensors, within 20 minutes of vacancy:

Lighting in all other spaces must have either an automatic lighting shut-off control (i.e., occupancy sensor) that turns off the lights within 20 minutes of vacancy, or scheduled lighting shut-off during periods when the space is scheduled to be unoccupied typically using a time switch (i.e., timeclock).

Manual-on or partial automatic-on. Lighting in most spaces must have either a manual-on lighting control or an automatic-on lighting control configured to turn the lighting on to no more than a 50% light level. This effectively requires manual-on/automatic-off controls or up to 50% auto-on capability for automatic controls. These controls also turn the lights off automatically after occupants leave the space. The controls are commercially available and referred to as "vacancy sensors" or "multi-level" occupancy sensors. Automatic-on to full is allowed in some spaces, including public corridors and stairwells, restrooms, primary building entrance areas and lobbies, and areas where manual-on operation would endanger safety or security.

Bi-level lighting control. Most areas in commercial buildings must provide at least one light level between 30% and 70% of full lighting power in addition to off. This can be done by continuous or stepped dimming, or stepped/dual switching of luminaires or lamps, while maintaining a reasonably uniform level of illumination throughout the area.

Automatic partial-off. Lighting in stairwells and corridors shall be reduced by at least 50% after 20 minutes of all occupants leaving the space.

The prior examples represent a portion of the new ASHRAE Standard 90.1-2013 requirements related to lighting control. Other energy-efficiency requirements for the electrical and lighting systems include automatic receptacle shut-off (to control task lighting and other plug loads), parking garage lighting control (automatically reduced lighting power when daylight is present and/or during periods of vacancy), energy monitoring (to monitor whole-building energy usage and breakout lighting, HVAC, and plug loads separately), and functional testing requirements (to ensure that the lighting controls operate as intended).

Lastly, the standards provides additional lighting power allowances for using advanced lighting controls in a space that are above and beyond the minimum mandatory controls for that space. The energy use attributed to these allowances represents typically one half of the expected energy savings from these advanced lighting controls. The additional lighting power allowance may be used anywhere in the building, not just in the space with the additional controls.

The ASHRAE website is an excellent resource for existing standards such as ASHRAE 90.1-2013 along with future work by the organization. Indeed, work is underway on new standards. You will also find resources such as handbooks and compliance forms for all of the organization's standards. Meanwhile, California Title 24 guidelines are often ahead of ASHRAE requirements and foreshadow future ASHRAE guidelines. The Title 24 escalations range from requirements of more efficient lighting to more demanding control levels to even the type of projects covered by the standard. For example, 2013 standards require compliance even when a commercial retrofit affects only 10% of the luminaires in a building. - Maury Wright

Controls, daylighting, and efficient light sources are key in the drive toward zero-net-energy buildings but power distribution can come into play as well. We recently examined DC-power-grid technology and a specific project at a Florida bank branch office. Indeed, the case study demonstrates how all of the above technologies can be combined in the quest to reduce both lighting energy use and the energy used by other building systems including HVAC and IT departments. - Maury Wright