At the Strategies in Light conference, Vrinda Bhandarkar reported on the penetration of LEDs into lighting and projected total revenue above $20 billion in 2017. 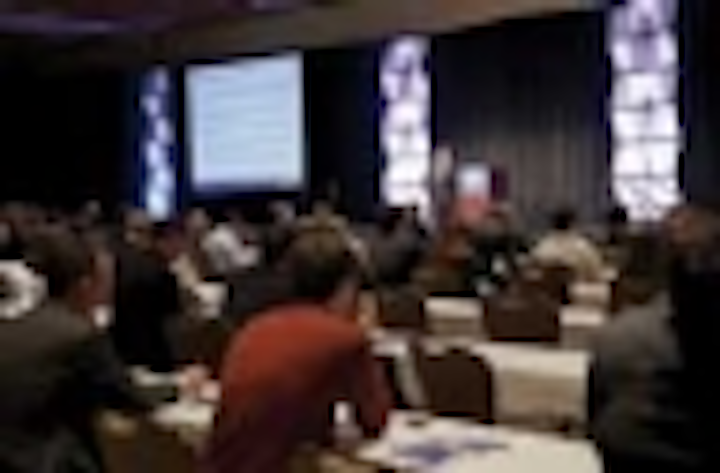 This article was published in the Winter 2013 issue of IIF Magazine.

View the Table of Contents and download the PDF file of the complete Winter 2013 issue, or view the E-zine version in your browser.

LED-based solid-state lighting (SSL) grew significantly from 2011 to 2012, according to a Strategies in Light presentation, despite the fact that the period in question was a down one for the lighting market overall. Vrinda Bhandarkar (Fig. 1), director of research for LED lighting at Strategies Unlimited, said LED lighting revenue hit $14.5B (billion) total in 2012 and is projected on a 12% compound annual growth rate (CAGR) path through 2017.

Bhandarkar segments the LED lighting market into three major categories – retrofit lamps, luminaires, and “other”. The 2012 research marks the first time that Strategies Unlimited has reported on the catch-all other category that includes everything from toy lighting to specialty tubes sold into refrigerated cases and signage.

Ironically, the retrofit-lamp segment often gets the most attention, but is far smaller than luminaires. Still, it was a market with tremendous growth last year. Total revenue grew 22% from $2.12B to $2.58B. Japan drove much of the market growth because of an energy crisis resulting from the tsunami in 2011 that created a demand surge for energy-efficient lighting. The $1.14B Japanese market for LED lamps was more than double any other region, and the US market totaled $371 million in 2012. Replacement lamps are on a 9% CAGR path through 2017, and just before or about that time, the market will saturate because of the long life of LED lamps.

In 2012, the greatest growth came in the commercial luminaire segment at 72%. That is a bit surprising given that the most prominent LED lighting projects over the past few years have been in the outdoor segment, primarily in street lights. Despite the broad publicity in the street light segment, penetration is still clearly at a very low level because the outdoor segment grew only 14%.

Fig. 2 shows a breakdown of LED lighting by segment including the actual 2011 and 2012 data and projections out through 2017. You see segments such as consumer portable, i.e. flashlights, staying relatively constant, meaning that the segment is saturated.

Indeed, Bhandarkar discussed the level of penetration and the inevitable question as to whether LED-based lighting has hit a critical inflection point where more than 50% of the segment utilizes LEDs (Fig. 3). But as Bhandarkar pointed out, the market is extremely fragmented. You have products such as emergency and exit signs that are 100% based on LEDs. But retrofit lamps are still just being bought by early adopters outside of Japan. Other segments fall at various spots along the curve.

Also realize when you consider the data presented here, that the revenue numbers are far different from the number of products manufactured and sold. Prices are dropping rapidly. Thus, as we progress toward 2017, the revenue rise will be rather gentle, but the rise in volume of LED-based products will be far steeper.